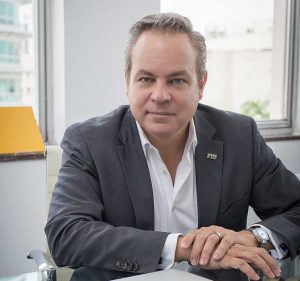 John Stuart, AIA is an innovator, designer, registered architect, and a resident of Miami Beach, where he has served on the Historic Preservation Board. He has also served on the Board of Governors for the Miami Beach Chamber of Commerce on the Biscayne Bay Shoreline Committee for Miami Dade County. He has been involved in collaborative research projects funded by Van Alen Institute, The National Endowment for the Arts, The National Science Foundation, The National Endowment for the Humanities, The Knight Foundation, and The Graham Foundation for Advanced Studies in the Fine Arts. Stuart has lectured and taught widely in the United States on technology, architectural history, design, urbanism, innovation and identity. Stuart's books include: The Gray Cloth, Paul Scheerbart's Novel on Glass Architecture (MIT Press); Ely Jacques Kahn, Architect: Beaux-Arts to Modernism in New York (W. W. Norton, with Jewel Stern), and The New Deal in South Florida: Design, Policy and Community Building, 1933-1940 (University Press of Florida, with John F. Stack, Jr.) which won the Silver Medal Book Award. He has lectured and taught widely on technology, architecture, design, urbanism, innovation and identity, and at the Miami Beach Urban Studios is currently working on projects that point to new directions in interdisciplinary innovation and research that engage music, design, art and environmental sciences.