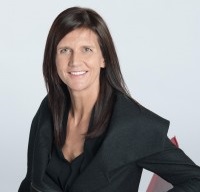 Associate Teaching Professor
MS in Advanced Architectural Design from Columbia University
buschc@fiu.edu
Phone: 305/348-7244
Office MBUS 412
Claudia received a Diploma Certificate in Architecture from the F.H. Hamburg, Germany and holds an MS in Advanced Architectural Design from Columbia University. She has designed for significant and major architects, such as Zaha Hadid in London, Carlos Zapata, Richard Meier and Bernard Tschumi in New York. She has won the first prize in the Florida Style Furniture competition and several awards in Germany. She has been exhibited in Italy, Spain, Austria and Germany. She was coeditor of “Ocular New York”, Columbia Books of Architecture/Aedes. Since 1995 Claudia Busch lives and works in Miami as an educator, architect and artist. For the past two years, Claudia Busch coordinates the Lower Division of the School of Architecture at FIU that involves the first four design studios for architecture, interior design and landscape architecture.