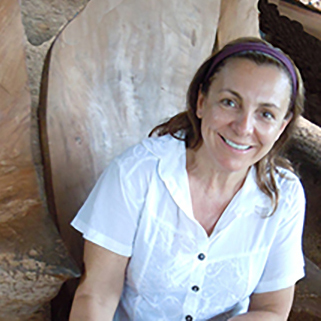 Assistant Teaching Professor | Graphic Design
spease@fiu.edu
Silvia Pease is an interdisciplinary designer and theorist who teaches graphic design and undergraduate research design for social change courses at Florida International University. Silvia is a Fellow of IDSVA, Institute of Doctoral Studies in the Visual Arts, researching on the evolution of feminine depiction in South American poster design, towards societal changes. Silvia studied poster and typography design with Swiss Bauhaus designers at Schule für Gestaltung, Basel. Silvia approaches her design experiences as spaces for experimentation and possibilities. She received an M.F.A. in multimedia design, and an B.F.A. in Design, both from the University of Miami. Currently, she leads a variety of hybrid design projects at Studio 1231. Silvia was a design contributor on the effects of the reversal of post-colonialism in color perception affecting native communities, writing on the dialogue between color aesthetics and perceptions. Starting in the year 2000, and for a decade, Pease was a co-founder, partner and Creative Director of Carregal Pease, a multidisciplinary design firm working on projects for Guggenheim Partners in NYC, Miami and Switzerland; and Pinta Art Fair in New York. In 1985, Silvia founded Pease Design, a design studio with international projects for Publicitas, the Mc. Donald Foundation, American Express Latinoamérica, Lufthansa Cargo, Corpevents, and Varta Batteries. Her graphic identities, as a worldwide Art Director of the newsstand covers of Selecciones Reader’s Digest, have become case studies for magazine design. Pease’s designs were published in Fresh Ideas in Letterhead Design by Rockport and PRINT magazine. She has received two gold awards and a silver award from AIGA, The American Institute of Graphic Arts. Silvia serves as the Chair of Education for AIGA-Miami, American Institute of Graphic Arts.