The Lillian Lodge Kopenhaver Center for the Advancement of Women in Communication at Florida International University’s School of Communication, Architecture + the Arts held the Symposium on the Equity and Equality of the Sexes in Communication at FIU in DC in Washington, D.C. on Thursday, October 4. Held just a few blocks from the Capitol and the Supreme Court- steps from the some of the biggest decision-makers in the country- speakers and attendees engaged in thought-provoking conversations on the wage gap and the glass ceiling facing many in the workplace.

“Like millions of our fellow Americans who will gather in their homes, around their televisions at work and restaurants, and social media- we are all united in discussing an issue that has our country deeply divided,” said Brian Schriner, dean of the College of Communication, Architecture + The Arts at FIU. “Since 2013, the Lillian Lodge Kopenhaver Center has offered leadership training, mentoring programs, and published illuminating gender equality research studies that have helped us push this conversation forward.”

Even though women make up more than half the population of the United States, and also compose three-fourths of the graduates of college and university communication schools today, a survey of the communication industries in 2018 revealed the following highlights:

The Kopenhaver Center empowers both women professionals and academics in all the fields of communication, to develop visionaries and leaders who can make a difference in their communities and their profession.  Established in 2013 by Dean Emeritus and Professor Dr. Lillian Lodge Kopenhaver, the center is a pioneering site for the advancement of issues that relate to our mission and brings together prominent and influential voices on the role of women in communication today.

We invite you to join us in supporting leadership opportunities for young women and to become our partner in advancing women in the field of communication.

The Kopenhaver Center serves as a national thought-leadership center on women issues, which advances the collective commitment to mentor women across the communication industries.  Signature programming is accomplished through scholarly research, seminars and webinars, mentoring program, annual national symposium in Washington, DC, fellowships, and annual national conference which envisions the way for future generations of communicators, professionals, and scholars.   This is accomplished by actively supporting female communicators in a didactic mentoring philosophy, which is focused on creating an educational forum for developing a leadership brand, entrepreneurialism, and technological innovation. 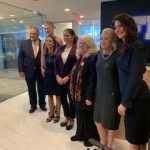 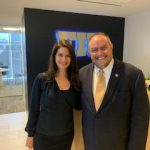 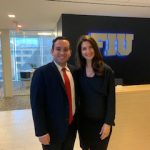