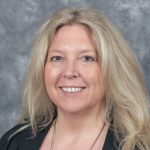 Dr. Susan Jacobson is an Assistant Professor in the Department of Journalism at FIU’s College of Communication, Architecture + The Arts, and is also affiliated with FIU’s Sea Level Solutions Center. Dr. Jacobson received an MPS from New York University’s Interactive Telecommunications Program and earned a Ph.D. from NYU. Her research is concerned with how the expressive qualities of digital multimedia may be harnessed to communicate science and health issues to the public, and how to effectively communicate factual health information on social media in an age of disinformation. She was a lead producer of the Eyes on the Rise interactive sea level rise viewer that lets citizens of South Florida visualize the potential impact of sea level rise on their neighborhoods, and Will It Flood, an application that lets South Floridians determine the date and time of the highest high tides, which won the City of Miami Bloomberg Rapid Prototyping Challenge.