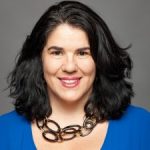 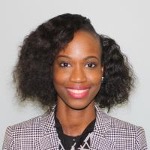 Juliette Saint Louis is of Haitian Decent.  She is a lead academic advisor and newly appointed Diversity Equity & Inclusion Advocate for Professional Staff and Students at the College of Communication, Architecture, and the Arts -Florida International University. For the past six years, Juliette has successfully assisted many students in their academic and professional journey.  Due to her passion for working with first generation, black and minority students, she is also one of the advisors for the Haitian Student Organization at FIU. In her new role as DEI advocate, Juliette aims to foster an environment that seeks to ensure that students and professional staff members voices are heard on issues that are important to them while helping to bridge the gap by providing equal access to resources, information, and services. Juliette also serves as an adjunct instructor for the First Year Experience & Public Speaking courses here at FIU. She received a B.S. in Business Marketing with a certificate in Customer Relationship Management and a M.S. in Higher Education Administration, all from Florida International University. 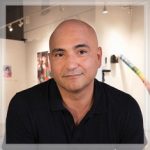 As Coordinator of Academic Support Services, Christopher Rodriguez Barake oversees internships, accreditation, data input, collection, and analysis. He also is in charge of creating exhibition opportunities for students, admissions, recruitment and retention for the Department of Art + Art History. He has a Master of Fine Arts in Curatorial Practice from FIU;  Thesis on Alternative Spaces, Cultural Production and the coalescence of Art + Industry. His previous body of research was in Latin American and Caribbean Contemporary Art with an emphasis on Brazil. He is a proud Golden Panther, having earned both his Bachelors of Fine Arts, and Graduate Certificate in Museum Studies at FIU. 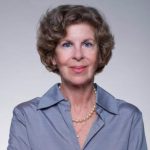 Judy Litt has created theatre programming for individuals with disabilities, and has participated in theatre education workshops throughout the United States.  A graduate of Adelphi University with a BA in Sociology and MA in Education, Mrs. Litt is a member of Miami-Dade County Department of Cultural Affairs All Kids Included Steering Committee, past chairperson for Cultural Educators of Miami, board secretary for arts4all Florida (formerly VSAFlorida), awarded the Kennedy Center’s LEAD Award for Emerging Leaders in 2010 and is a founding member of FLACA (Florida Access Coalition for the Arts).  She manages rentals and box office for FIU Theatre, theatre summer camps, and also assists in creating new theatre initiatives and cultivating community outreach and engagement.

Diversity, Equity and Inclusion in CARTA 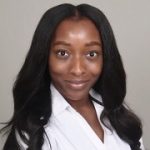 Dr. Rokeshia Renné Ashley is a Miami native and mother to her daughter, Emery. Dr. Ashley’s research focuses on health communication in body image and modification, and maternal health. She examines how black women manage their appearance relative to reception of health information and negotiating modification in a racial and health context, while also exploring the interactions between patients and healthcare providers pre-, during, and post-natal to uncover culturally competent strategies to improve black women and babies maternal mortality. To date, Dr. Ashley’s work has been published in Health Communication, Journal of Black Studies, and Communication, Culture & Critique. Her research has been publicly shared by U.S. News & World Report, the Chicago Tribune, Columbia Missourian (in print and online), Allure Magazine, Red Lake Nation News and more; collectively over 10 million readers across varying platforms. Ashley has presented numerous papers at academic conferences like the International Communication Association, National Association of African American Studies conferences and have accepted a university invitation to speak about her research in South Africa. Dr. Ashley is also the author of children’s book SunFlower Child. 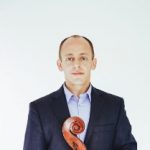 Cellist Jason Calloway has performed to acclaim throughout North America, the Caribbean, Europe, and the Middle East as soloist and chamber musician. He has appeared at festivals including Lucerne, Spoleto USA, Darmstadt, Klangspuren (Austria), Acanthes (France), Perpignan, Valencia, Citta’ della Pieve (Italy), Jerash (Jordan), Casals (Puerto Rico), Blossom, Brevard, Colima (Mexico), Great Lakes, Kingston, Rockport, Sedona, Sarasota, Music Academy of the West, the New York String Seminar, and Encore. Mr. Calloway is currently cellist of the Amernet String Quartet, Ensemble-in-Residence at Florida International University in Miami, and was previously a member of the Naumburg award-winning Biava Quartet, formerly in residence at the Juilliard School.  A devoted advocate of new music, Mr. Calloway has performed with leading ensembles around the world as well as alongside members of Ensemble Modern, Klanforum Wien, and the Arditti and JACK quartets, and with the New Juilliard Ensemble both in New York and abroad, in addition to frequent appearances in Philadelphia with Bowerbird, Soundfield, and Network for New Music and in Miami for FETA and Acoustica 21.  Jason Calloway is a graduate of the Juilliard School and the University of Southern California, where his teachers have included Ronald Leonard, Orlando Cole, Rohan de Saram, Lynn Harrell and Felix Galimir. Mr. Calloway performs on a 1992 Michèle Ashley cello, a copy of the famous Sleeping Beauty of Montagnana, formerly owned by his teacher, Orlando Cole. Mr. Calloway is a native of Philadelphia. 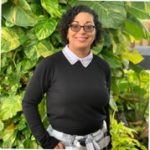 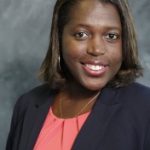 Linda Lara is of Haitian descent. She is a sibling of 7 children and spent her earlier years of education in a Catholic school from grades K -12. She earned two degrees from FIU: B.A. in Psychology, and M.S. in Higher Education Administration with a concentration in Student Affairs in 2007.  She currently serves as an Assistant Director, of Academic Support Services for the School of Communication + Journalism (SCJ), Office of the Dean, College of Communication, Architecture + The Arts. She began her career in academic advising at Miami-Dade College. She later transitioned to FIU’s College of Arts & Sciences in 2008 as an Academic Advisor and was later promoted to Assistant Director of Advising Services at the Biscayne Bay Campus in 2010.

Linda has over 15 years of Academic Advising experience. She leads the advising team for SCJ at the Biscayne Bay Campus and provides support services to the Dean’s Office. In 2016, she was recognized by her peers and received the Significant Impact on Advising Community and Advising Partner Award. She is an optimistic, well-rounded, compassionate, and versatile leader. She also enjoys mentoring, teaching, and leading a group of like-minded individuals who are innovative, and proactive with achieving results. She is a strong advocate for social justice and civil rights, gender equality, economic empowerment, education, and the environment.

Lilliam Martinez-Bustos is an Assistant Professor and Faculty Internship & Career Coordinator in the Department of Journalism and Media. She teaches graduate and undergraduate courses in Broadcast Journalism, Visual Storytelling and Multimedia.

Her research interests include trends in multimedia and the Spanish-language news coverage of Latin America, immigration and other issues affecting the fast-growing Latino community in the United States.  Before joining FIU, she spent more than two decades as a broadcast journalist in English-language and Spanish-language television. She worked as a producer in the Washington bureaus of the NBC-Telemundo and Univision networks. She’s also worked at local affiliates of PBS, CBS and ABC in Boston. In Miami, she was an executive producer with CBS-TeleNoticias network. She earned a B.A. from the University of Puerto Rico and a M.A. from the University of Southern California. At USC, she was one of 10 journalists selected nationwide for a year-long fellowship at the school’s Center for International Journalism. 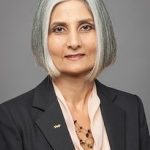 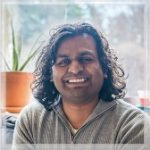 Dr. Alpesh Kantilal Patel teaches art since 1945 and critical theory as well as supervises MFA in Visual Arts theses. He is the author of Productive failure: writing queer transnational South Asian art histories (Manchester University Press, 2017), research for which was supported by grants from the National Endowment of Humanities (2012) and Arts Council England (2007). He is editor of the exhibition catalogs Modern Times: mounir fatmi (2016), Concrete Feet: Tom Scicluna (2016), Cause Way: Paul Donald (2016), This Too Shall Pass: New Work by Saravanan Parasuraman (2014), Transformation (2011), and with Yasmeen Siddiqui, the anthology Storytellers of Art’s Histories (Intellect Books, forthcoming). An organizer of exhibitions in the United States and Europe, he is a regular contributor of art criticism to frieze, Hyperallergic.com, Artforum, artforum.com, and Art in America. His current book project, tentatively titled “Transregional Entanglements: Sexual Artistic Geographies,” deliberately stages collisions and encounters between aesthetic practices that may appear unrelated at first glance. It does so to enact, perform, and instantiate cross- cultural contexts for sexual artistic geographies and thereby to bring into being a new world of intimacy and relationality across multiple times and spaces. Research for this book project has been supported by grants and fellowships from Cranbrook Academy of Art (2016), the Fulbright Foundation (2015-2016), the European Union Erasmus+ Program (2018) and New York University’s (NYU) Asian/Pacific/American Institute (2019). Prior to arriving at FIU in 2011, he worked in the curatorial and directorial departments of the Whitney Museum of American Art and the New Museum of Contemporary Art, both in New York City. 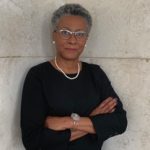 Jacqueline (Jacqui) Thompson is the Program Manager of Florida International University’s Miami Beach Urban Studios, where she oversees the CARTA Innovation Lab. Her work involves collaborating with the community on 3D printing projects that span across disciplines including, but not limited to, architecture and interior design, music, and essential medical aide. As an avid advocate for the Americans with Disabilities Act, Jacqueline is constantly seeking avenues to implement universal design, propel independent living, and showcase efficient and effective innovation at the intersection of urban planning and 3D modeling/design. Jacqui holds an Associate’s in Urban Planning from the University of Technology, Jamaica, as well as a Bachelor of Science in Interior Design from Florida International University. 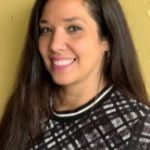 Judith Villiers is the Manager of Academic Services.  She serves and supports the Department of Journalism + Media with assessment and accreditation, student retention and graduation, student career development, internship initiatives, special programs, and oversees the operations and administrative staff for the Media Hub. Judith earned a B.A. in Political Science from University of Miami as well as an M.S. in Liberal Studies, and has over fifteen years working in the higher education field. 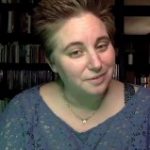 Jennifer Weiner, a Florida native and Killian High School graduate, is a Junior BFA Performance major at FIU Theatre. Among her many talents are singing and dancing and baking bread. Ms. Weiner is committed to Social Justice, and believes that theatre can be a vital catalyst for self-expression and dialogue. She has expressed “it’s really easy to offer some small gesture and think you’ve accomplished something if you don’t give audience to the voices saying there’s still so much more work to do”.