The Global Strategic Communications (GSC) Speaker Series welcomes a diverse mix of industry leaders to share their experiences, expertise and insightful perspectives on a variety of topics related to global communications. These distinguished guest speakers provide opportunities for thought-provoking discussions and underscore our commitment to investing in students, alumni, faculty, and the world around us.

The Reality of ‘Zoom Fatigue’

In this new ‘normal,’ Zoom has quickly become a household verb and a go-to platform to help many stay connected. But as helpful as it’s been during this crisis it has also been mentally exhausting and taxing on the brain. Join #FIUGSC for a conversation with science journalist Julia Sklar on the reality of ‘Zoom Fatigue’ and why so many people around the world are experiencing this communication phenomenon.

Julia Sklar is an independent science journalist based in Boston. She has written for National Geographic, Undark Magazine, Curbed, and many others.

For a video archive of this event, follow the link below: 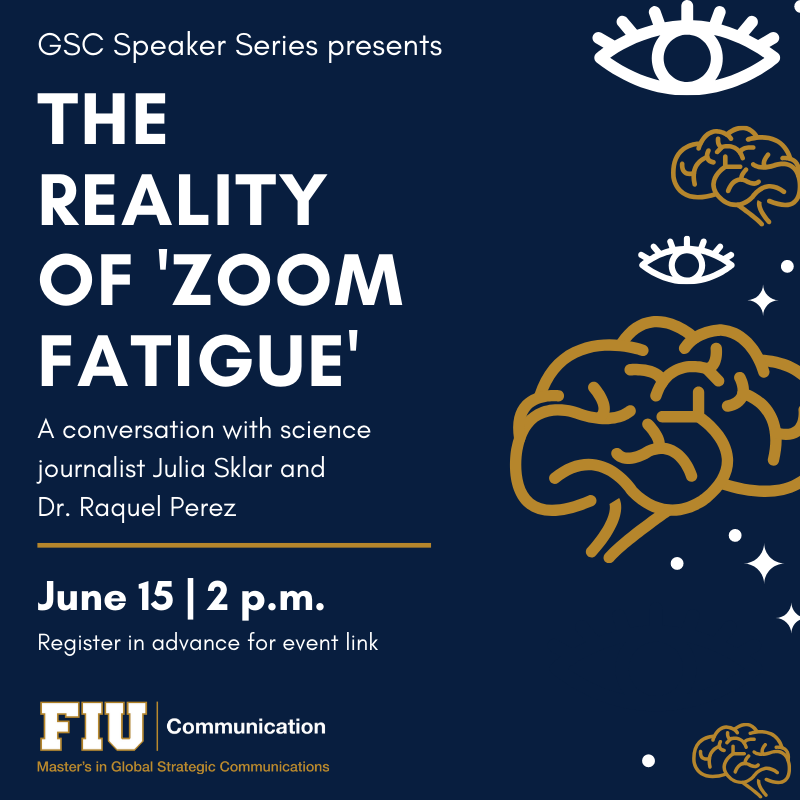 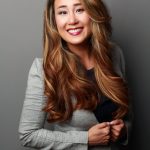 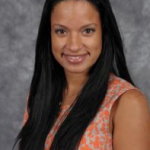 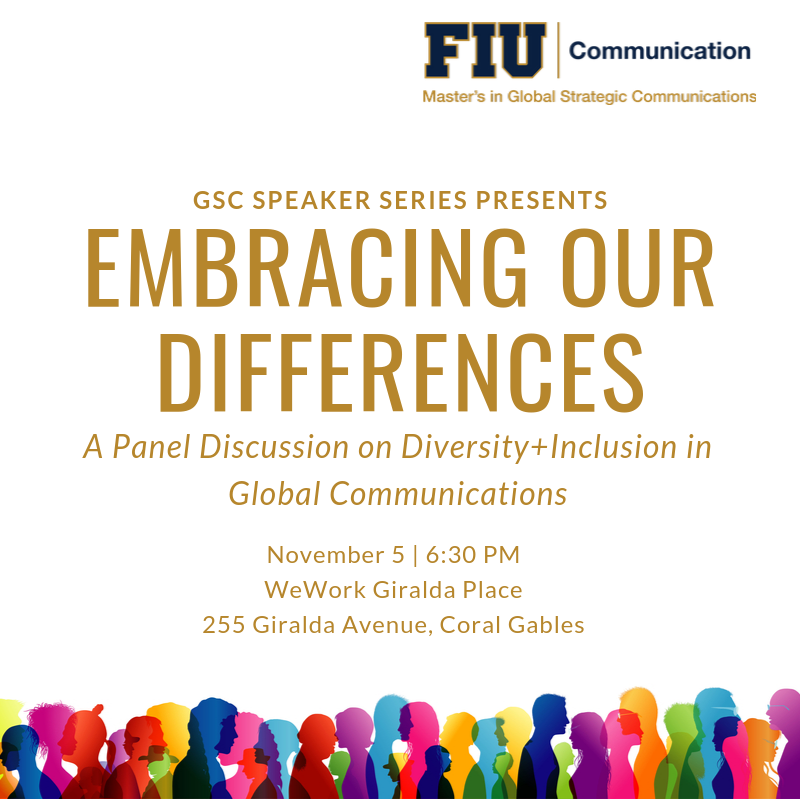 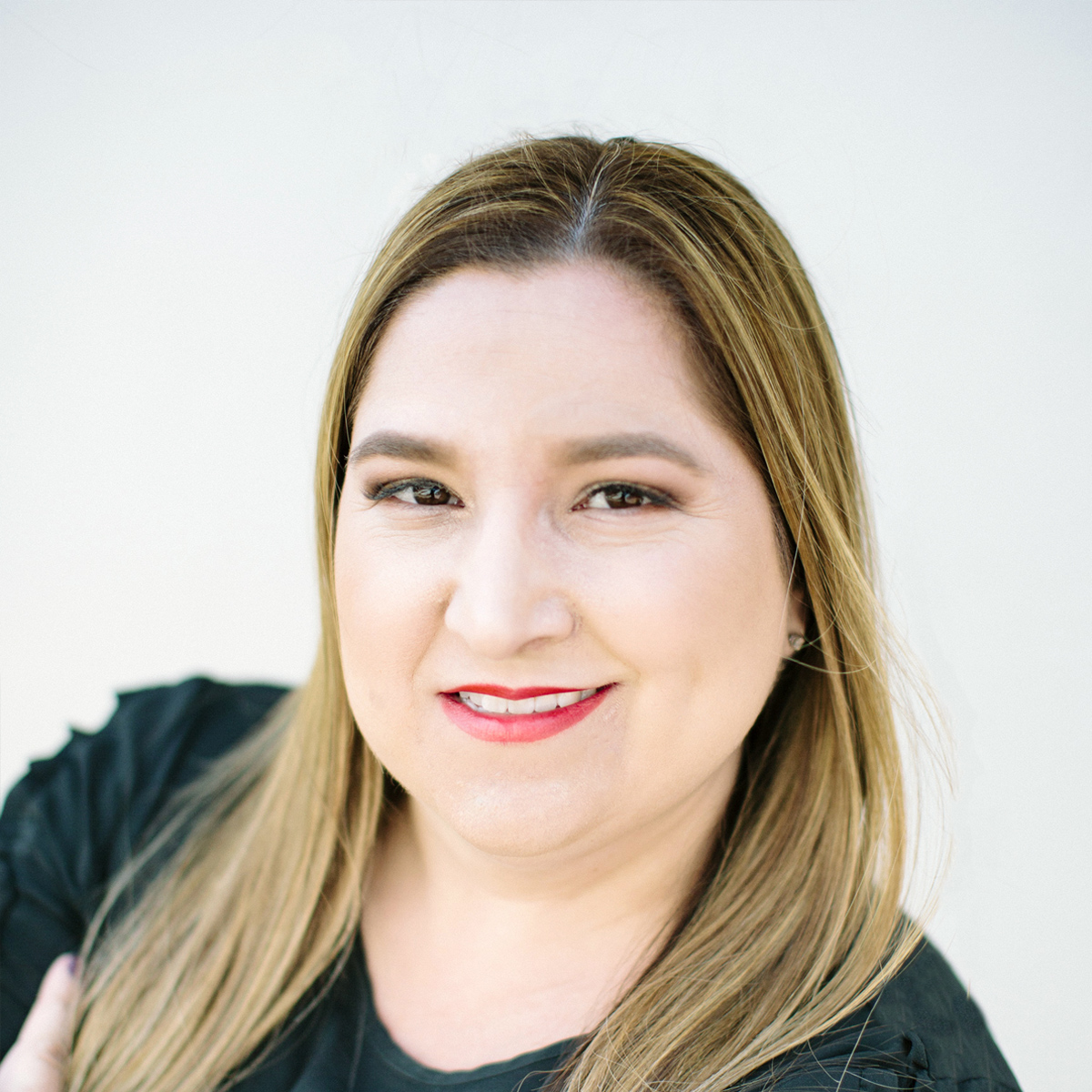 An Evening with Cathy Hackl

Cathy Hackl
Futurist at You Are Here Labs
AR/VR Author

Cathy Hackl is an Emmy-nominated communicator turned virtual reality & augmented reality global speaker, producer, and futurist. Linkedin recently named her the #4 Top Voice in Technology globally on the platform in 2018. She’s a Lead Futurist at You Are Here Immersive Labs, one of the Southeast’s most prominent XR labs. Prior to that, Hackl worked as an HTC VIVE VR Evangelist during the launch of their latest headset, the VIVE Pro, and during the company’s partnership with Warner Brothers’ blockbuster, Ready Player One.

She’s the author of Marketing New Realities: An Introduction to VR & AR Marketing, Branding & Communications. Hackl was named by IZEA and Onalytica as a leading augmented reality and virtual reality influencer and also by NBC News as one of the top women working in virtual reality. Hackl served as chief communications & content officer for Future Lighthouse, one of the world’s top VR studios focused on branded VR narrative, where she collaborated on projects with brands like Sony Pictures Entertainment, Oculus, Beefeater, and William Morris Endeavor.

Hackl was also selected as a 2017 Oculus Launch Pad Fellow, a program designed to support promising diverse VR content creators and help them bring their unique ideas to market. She’s the founder of Latinos in VR/AR and has spoken about VR and social media in more than 10 countries. Hackl has been featured in media outlets like Mic, CNN, Silicon Beat, Entrepreneur, CMO.com, Forbes, VentureBeat and Mashable. She is a global advisor for VR AR Association and a leading voice in the VR AR marketing space. Before working in AR, VR and social media, Hackl worked as a journalist for CNN, Discovery Communications, and ABC News. She’s also the creator of the holographic press release. She loves all things spatial computing, tech, AI and blockchain.