Graduates from FIU’s Department of Interior Architecture are Worlds Ahead. Click on the stories below to find out more about our successful alumni family. For more Interior Architecture alumni spotlights, events, and news stories, please visit the CARTANews website or contact Maria Claverie, Associate Director of Alumni Relations at 305-348-1805 or by email mgclaver@fiu.edu. 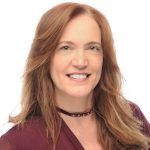 Maria Elena Holguin, ‘95 used to play with fabrics as a young girl, watching her grandfather and father design furniture in the Miami Design District.

They migrated from Cuba where her great-grandfather was also a designer.

“I remember visiting their shops after school every day,” says Holguin, “I grew up around Design.”

Holguin has worked in architecture, design, and construction for over 30 years and has completed projects in the United States, England, Africa, India, Mexico, and Colombia. 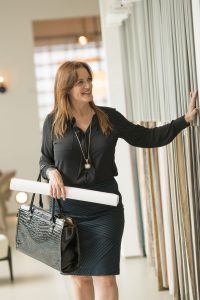 She is currently a licensed interior designer in Coral Gables for Robb & Stucky International, a high-end home furnishings and interior design firm. There, she leads the hospitality and commercial division and also does residential projects.

Holguin says working in South Florida has given her the opportunity to meet and work with clients from all over the world.

“I’ve also been able to design for celebrities like Pitbull,” says Holguin.

She was awarded as one of the Top 15 Interior Designers of Miami in 2015 and a Mercedes-Benz Woman of Excellence Award. In 2014, she was named a Top 5 Business Woman of the Year.

Holguin was also president of her own firm Holguin Interiors for six years. She designed a 20,000-sqft home in Tanzania and another in London during that time for one of her biggest clients. 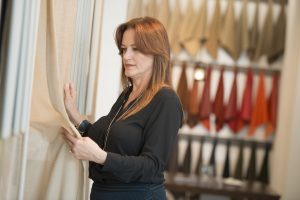 “Business plays a huge part in the interior design world,” Holguin says, “Even if you’re working for somebody, you have to be familiar with business and project management.”

Holguin also serves as Community Ambassador for ASID in Miami, and has worked for several leading international companies. Her greatest philanthropic work, however, was designing an 18-year-old girl’s room as a last wish before she passed away.

During her time at FIU, her biggest achievement was studying abroad in Italy as a 27-year-old student and single mother. She says the experience gave her the courage to travel and design anywhere.

“It was an amazing experience not only because I studied abroad in Italy, but also because as soon as I put that on my resume, it opened a lot of doors,” she says, “Being able to design in different parts of the world and to implement their cultural beliefs into my design is a great accomplishment.”

She thanks past FIU Interior Architecture Professor Romney for encouraging her to study abroad. 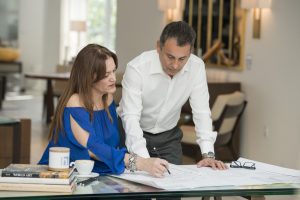 Maria Elena and her husband, Jesus Edison Holguin, working on a design project together.

“I will be forever grateful for him because I said there was no way I was going to go, especially with a two-year-old son,” Holguin says, “He helped me to figure out how to get there, so I’ll never forget what he did for me.”

Her son also eventually graduated from FIU in 2013 in Sports Management & Recreation and her youngest daughter currently participates in the Connect4Success program to soon be transferred to the university. She has another daughter who graduated in Journalism at Temple University.

“My family and I are hardcore Panther fans and we always feel a huge sense of pride when we say we’re Panthers,” says Holguin.

“My professors made me feel part of a family, while pushing me to become the designer I am today.” 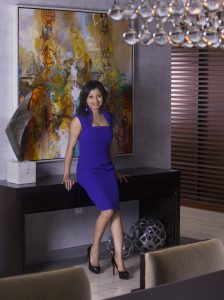 Chin, who graduated with a bachelor’s in interior design in 2004, is Director of Design at ODP Architecture & Design where she established the firm’s design division. Raised with an Indian background in Guyana, South America, she adds a richness of culture to her choice of materials, textures and colors, designing some of the most exclusive residences, like luxury penthouse suites in the Four Seasons Hotel.

She was awarded two Kitchen & Bath Design Awards this year for the Best Powder Room category and the Best Kitchen Over $100,000 category. Previous awards include Winner of Best Bathroom of the Year in 2008 and Winner for Best Great Living Room/Living Room in 2010. Her work has also been published on Florida Design Magazine, Four Seasons Magazine and Miami Home & Decor. 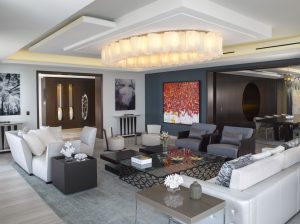 “I have always been drawn to anything creative. I find creativity to be essential and a way to expand who we are and how we connect ourselves to the environment. I also appreciate the structure and the analytical components that are essential to architecture. Also, interior design seemed to feed both my right and left brain, so I have never regretted making the decision to choose this career path,” said Chin.

“Being part of ODP Architecture & Design’s journey has been amazing and being tasked with starting the ID department from scratch is most likely one of my biggest accomplishments. Our firm today has been associated with some of the biggest names in architecture, such as Foster + Partners, Zaha Hadid Architects and Kohn Pedersen Fox Associates.”

“I am grateful to have been able to graduate from a young school, move into the profession, start at a young firm and develop the skills I was taught. Now both the School of Architecture and ODP are sought after by people for education and a great place to work respectively.” 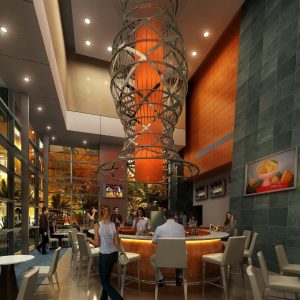 Chin said one of her most memorable moments as an FIU student was transforming a space with her interior design class. This was highlighted when an upper division architecture student was astonished by their work, setting a benchmark for others to supersede.

“One needs to be passionate and genuinely care about interior design to be successful because it requires you to constantly ‘feed’ your brain with information to remain creative.”

Chin also said a great mentor and hero for her at FIU was Chair of Interior Architecture, Janine King. She said King encouraged her to think of being both a successful designer and someone that can teach about the industry to others.

Also, she said her greatest source of inspiration is the City of Miami because of its number of different languages, ethnicities and foods, light and changes the past 10 years.

“I take Miami as my child, and it’s been amazing watching it grow up and as it develops, I get more and more excited to be part of the experience.” 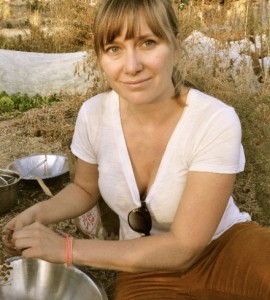 Leslie Bosson is the founder of Urbangro, an ecological garden design company dedicated to helping people grow their own food through environmentally conscious and ethically driven design. Leslie graduated in 2011 with a Bachelor in Interior Architecture from Florida International University, where she was also the recipient of the Festival of the Trees Scholarship Award.

Soon after graduating, Bosson volunteered with the Miami Science Museum, where she helped build and maintain the Vertical Integrated Greenhouse™, a high-yield hydroponic growing system for building facades and large atriums. What most intrigued Leslie from the perspective of an interior designer was how one could incorporate the basic human need of food within a built environment. This experience eventually led her to become certified in Permaculture Design, a holistic design science with an emphasis on three basic principles: “Care for the Earth,” “Care for the People,” and “Share the Surplus.”

Drawing from the values and ethics of Permaculture, Leslie founded Urbangro, whose bottom line is based not on competition and profit, but rather on how to best serve humanity and the planet through ecologically sound solutions. Leslie has also received training in Edible Forest Gardens, Holistic Management and Watershed Restoration.

Leslie’s current project is to design and install an edible garden for a local non-profit organization for adults with disabilities, Community Rehabilitation Center. The goal is to provide an annual fundraising event with most, if not all of its produce. Both students and staff are an integral part of the process. Leslie is also currently apprenticing on a local farm, Little River Market Garden, in the hopes of one day owning and operating her own sustainable farm. 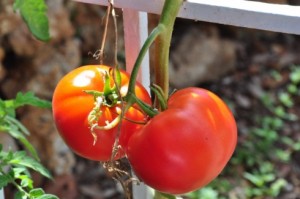 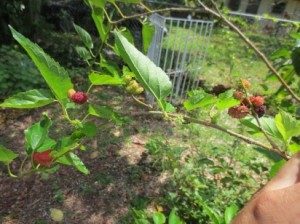 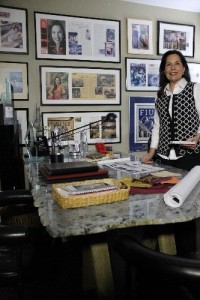 Nury Feria, award-winning founding principal of Design Perceptions, Inc., is a state-licensed interior designer and professional member of the American Society of Interior Designers (ASID). She is a VIP alumni and Honored Entrepreneur of Florida International University, where she graduated in 1976 with a Bachelor’s in Interior Design. When Florida International University celebrated its Silver Anniversary, Feria received an Outstanding Alumni Award on behalf of the School of Architecture.

Feria has earned more than fifty honors to date, including an unprecedented nine individual “Designer of the Year Awards” from the Interior Design Guild of South Florida, seven “Design Excellence Awards,” the prestigious “Buddy Award” from the Florida Chapter of the American Society of Interior Designers, and a ‘FAME Award’ from the Builders Association of South Florida.  She is also the recipient of two awards for lighting from the Illuminating Engineering Society, a NEWH Award from the Hospitality Industry Network, and an award for furniture design in the “Florida Style” competition.

Many of Feria’s residential and commercial installations have been featured in trade publications such as Interior Design Magazine, Interiors, Florida Design, and Florida Architecture as well as consumer publications like Time, Casa & Estilo International, New Miami and Cosmopolitan en Español, among many others.

Feria continues to deliver excellence in interior design, and her flexible and multifaceted services range from turnkey projects to hourly consultation.

Read more about Nury Feria and her work here, visit her website, or check out her Facebook page. 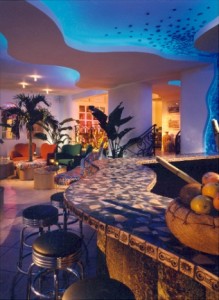