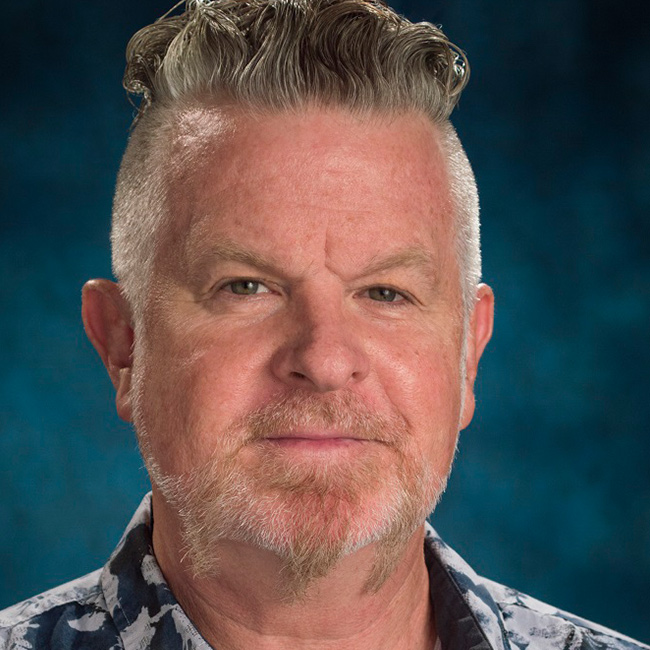 Website / CV
Michael Scott Sheerin, M.S., has been a faculty member at FIU since 2002 and has more than 20 years of experience as a professional in the broadcast and new media industry, where he developed interactive TV prototypes for Disney and has worked as a designer, animator, art director, creative director, commercial director and producer for such clients as ABC, U.S. Armed Forces, DirecTV, J. Walter Thompson and Nickelodeon. He has earned several awards for his teaching, and is also active as a fine art photographer.