The College of Communication, Architecture + the Arts (CARTA) at Florida International University invites applications for the 2023-2024 Knight Innovator in Residence position.

Carlos Fuyo is the creative director of Playard Studios, a VFX studio based in Miami, FL, and the Virtual Production Creative Director at Eyeline Studios (Scanline VFX).

Ha has over 15 years of experience working on film, commercials, game cinematics, and dark rides. Fueyo arrived to the United States, from his native Spain, when he was 15 years old. 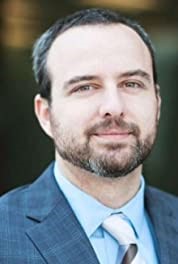 He studied Architecture at Florida International University where he earned his degree. With a strong background in art and design, he relocated to Los Angeles where he worked on major motion pictures such as Avengers: Age of Ultron, Super8, Priest, and Independence Day.

As a VFX Supervisor, Carlos helped bring environments and characters to life by designing, modeling, lighting, texturing, compositing, and animating. He also played an integral part, on and off set, in the creation of visual effects for other recognizable films such as Mission Impossible: Ghost Protocol, After Earth, Jane Got a Gun, and Terminator: Genesis.

A culmination of experience in the entertainment, technical, and digital worlds has allowed him to integrate the two things he loves most; architecture and film. His company Playard Studios is a production studio that is currently creating multimedia content including film, commercials, virtual production, and real-time rendering.

Florida International University is recognized as a Carnegie engaged university. It is a public research university with colleges and schools that offers more than 180 bachelor’s, master’s and doctoral programs in fields such as engineering, international relations, architecture, law and medicine. As one of South Florida’s anchor institutions, FIU contributes $9.8 billion each year to the local economy. FIU is a member of the State University System of Florida and an Equal Opportunity, Equal Access Affirmative Action Employer. All qualified applicants will receive consideration for employment without regard to race, color, religion, sex, national origin, disability status, protected veteran status, or any other characteristic protected by law.FIU is Worlds Ahead in finding solutions to the most challenging problems of our time. FIU emphasizes research as a major component of its mission. FIU has awarded over 200,000 degrees and enrolls more than 54,000 students in two campuses and three centers including FIU Downtown on Brickell, FIU@I-75, and the Miami Beach Urban Studios. FIU also supports artistic and cultural engagement through its three museums: the Patricia & Phillip Frost Art Museum, the Wolfsonian-FIU, and the Jewish Museum of Florida-FIU. FIU is a member of Conference USA and has over 400 student-athletes participating in 18 sports. For more information about FIU, visit http://www.fiu.edu/.

About FIU College of Communication, Architecture + The Arts

The FIU College of Communication, Architecture + The Arts engages our local and global communities by deploying the power of architecture + the arts to create, innovate, and inspire solutions to local challenges with national and global impacts. Offering 9 graduate and 8 undergraduate degrees within 7 academic departments, our more than 2500 majors have the unique experience of working with our award-winning faculty in nationally ranked programs in the heart of Miami and Miami Beach — two of the country’s most vibrant, diverse, and creative cities!