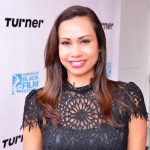 Cindy Hing, a longtime South Florida resident, is currently a Producer at WPBT2 South Florida PBS where she works on a travelogue show, On the Town in The Palm Beaches. Prior to her time at WPBT2, Hing completed television internships at Miami stations WPLG, WFOR, WSVN, WPBT2, and WTVJ and worked as a freelance reporter for the Brickell Reporter.  She also spent time at Y-100 and WIOD Radio in Miami.

Hing graduated from Florida International University in Miami with a Bachelor’s degree in Communication in 2013. She also studied at The Art Institute of Fort Lauderdale, where she won Best Television Portfolio in 2009.   Born in Georgetown, Guyana, Hing has a unique look due to her Chinese-Indian background. She began her career as a real estate paralegal in Fort Lauderdale.