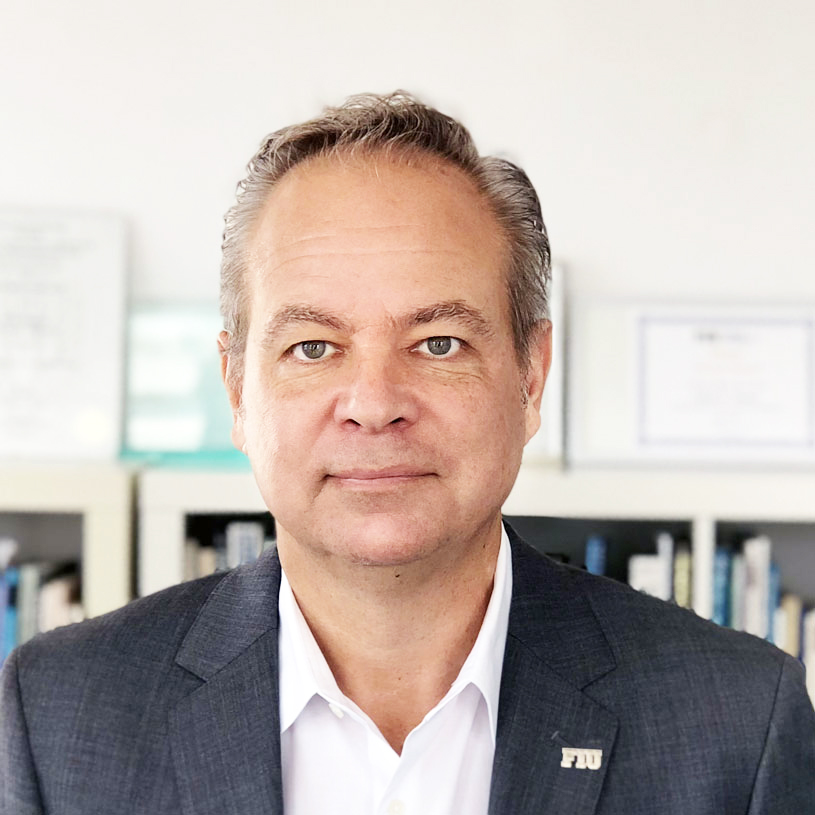 John Stuart, AIA, Distinguished University Professor in Architecture, Associate Dean for Cultural and Community Engagement and Executive Director of Miami Beach Urban Studios is an architectural historian and a visual artist developing collaborative research projects on complexity, community, identity, technology, the environment and public space with funding from Van Alen Institute, The National Endowment for the Arts, The National Science Foundation, The National Endowment for the Humanities, and The Graham Foundation for Advanced Studies in the Fine Arts. 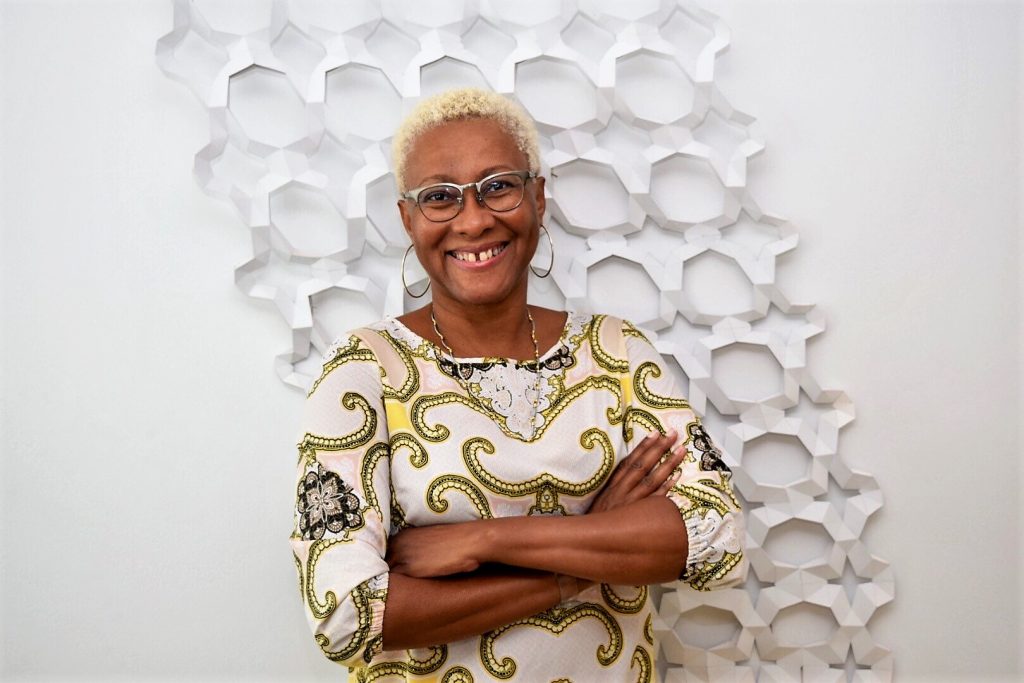 Jacqueline (Jacqui) Thompson, Senior Program Coordinator, oversees the Urban Studios as well as the CARTA Innovation Lab. She is a trained MakerBot technician, ensuring students, faculty, and guest have support on any special 3D printed projects. She also oversees the administrative operations of MBUS to ensure its success. Jacqui has an associates degree in Urban Planning from University of Technology in Jamaica and a Bachelor of Science in Interior Design from FIU. Jacqui has worked in the CARTA family for 7 years. 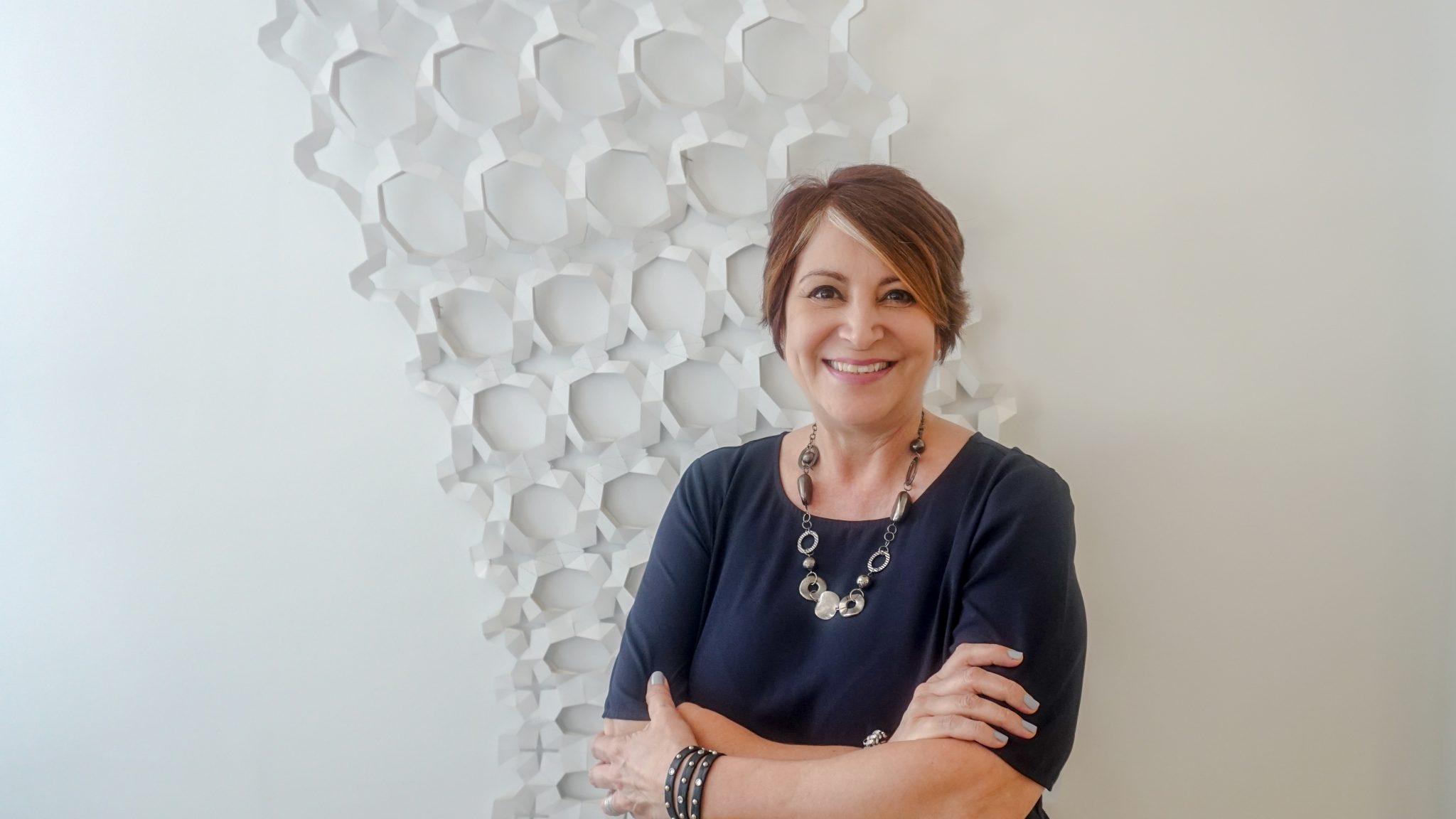 Colette Mello, Senior Special Events Manager,  oversees all events and manages social media and marketing for exhibitions and programming at Miami Beach Urban Studios.  She provides administrative support for budgets, grants and personnel issues.   She holds an MFA in Curatorial Practice from FIU and has taken MBA courses at Nova Southeastern.  She is active in the art community and has curated several exhibitions in Miami and Broward. 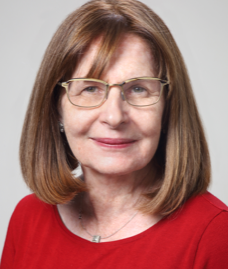 Regina Bailey, Senior Project Manager of Arts @ FIU, works collaboratively across the university, and specifically with the Arts @ FIU Task Force, developing a plan for the ARTS; expanding opportunities for student success; increasing funded research and creative opportunities and establishing a focused, inclusive branding campaign that elevates the arts. She has been engaged in the arts at FIU for over 25 years as a staff member of The Wolfsonian – FIU and the Art Museum at FIU. In addition, she is a Senior Fellow in the Honors College. She holds an MFA from Pratt Institute, Brooklyn, New York.

The Miami Urban Future Initiative, sponsored in part by a $1.2M grant to CARTA from the John S. and James L. Knight Foundation, will work with colleagues across the university and be based at CARTA | Mana Wynwood. The initiative’s primary purpose is to lead new research and mapping of Miami’s economic, occupational, creative and technological assets. The resulting research and community dialogues will provide necessary data, evidence and strategy to grow a more inclusive, creative economy for a 21st century global Miami. 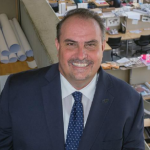 Appointed Dean in 2011, Brian has over 26 years of higher education teaching and administrative experience. Under his leadership and and the faculty’s expertise, the College of Communication, Architecture, + The Arts’ (CARTA) has ascended to national prominence. Fully committed to a trans-disciplinary mission to drive the information, innovation, and cultural economy of South Florida, in five years CARTA has strategically grown from 1,200 students to more than 4,000 students and from 70 full-time faculty members to 125; raised nearly $20M in philanthropy and auxiliary revenues in support of the students’ success; and annually exceeds $25M in total revenues. In support of the University’s commitment to community engagement, Brian expanded the College to Miami Beach and launched the CARTA | Miami Beach Urban Studios in the iconic 420 Building on Lincoln Road, where now more than 100 graduate students in design, visual arts, and the performing arts work collaboratively with members of the community and work in the CARTA Innovation Lab. In addition to his administrative work as Dean, Brian is an accomplished author having published five books and numerous scholarly articles. He is also a past recipient of FIU’s prestigious Teaching Incentive Award, has been named Instructor of the Year, and has twice been named to FIU’s College of Business Administration’s Circle of Excellence For Teaching. 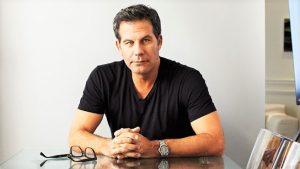 Richard is the world’s leading urbanist. He is a researcher and professor, serving as the Director of the Martin Prosperity Institute at the University of Toronto’s Rotman School of Management, Global Research Professor at New York University and a Visitng Fellow at Florida International University. He is a writer and journalist, having penned several global best sellers, including the award winning The Rise of the Creative Class and serving as senior editor for The Atlantic, where he co-founded and serves as Editor-at-Large for CityLab. He earned his Bachelor’s degree from Rutgers College and his Ph.D. from Columbia University. 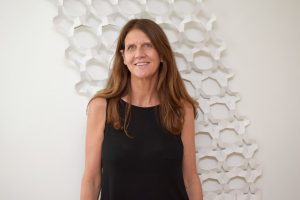 Claudia was born in Germany. She received a Diploma Certificate in Architecture from the F.H. Hamburg, Germany. She holds an MS in Advanced Architectural Design from Columbia University. Claudia has designed for significant and major architects, such as Zaha Hadid in London, Carlos Zapata, Richard Meier and Bernard Tschumi in New York. Claudia lives and works in Miami as an educator, architect and artist. She also coordinates the Lower Division of the School of Architecture at FIU that involves the first four design studios for architecture, interior architecture and landscape architecture. 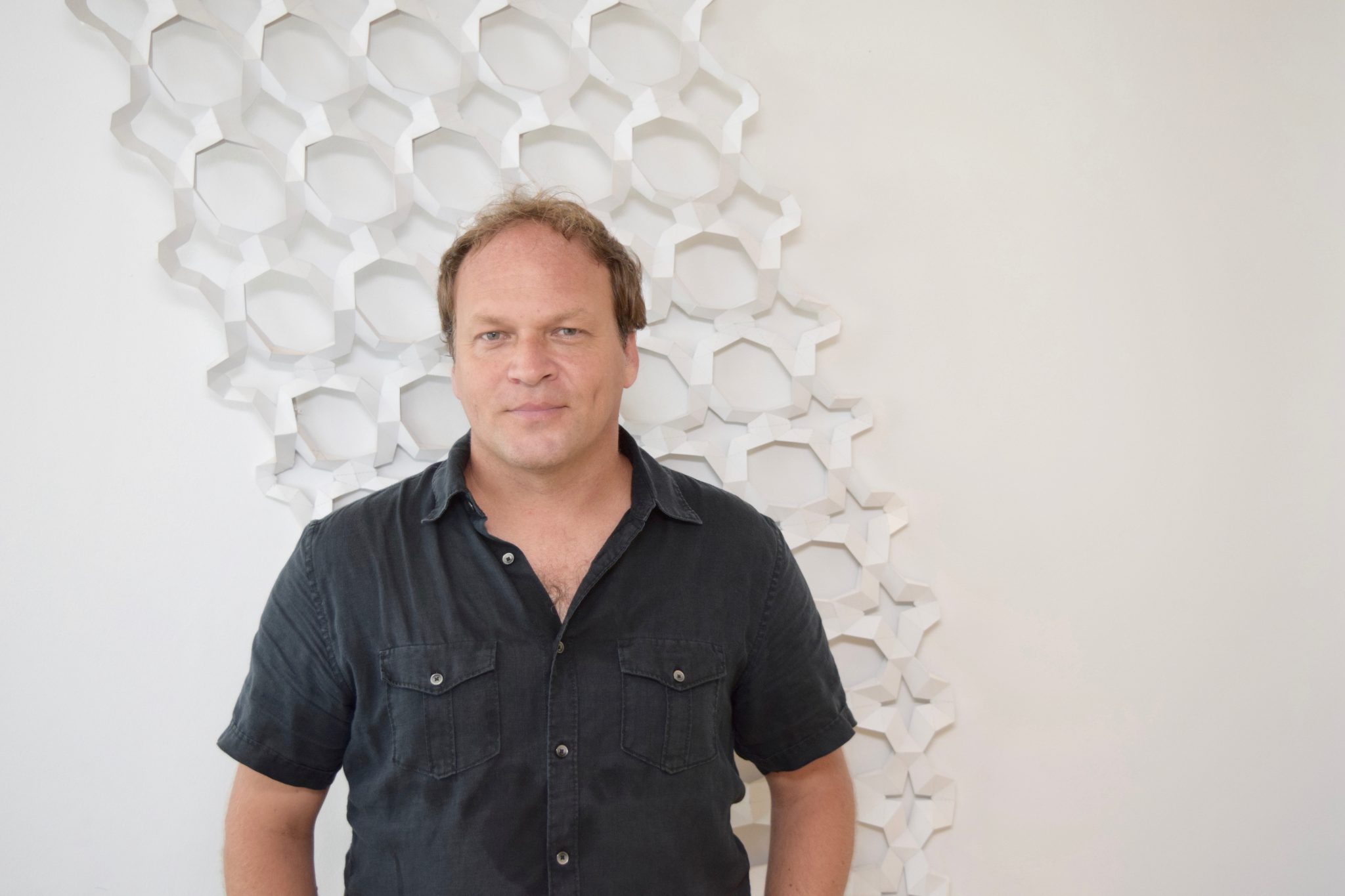 Eric holds a Master of Science in Advanced Architectural Design from Columbia University. He started his practice in Argentina as part of Estudio STAFF, a firmed founded by Jorge Jose Goldemberg and Teresa Bielus de Goldemberg, specializing in social housing with over 20,000,000 s.f. of built work, all resulting from winning competitions. His firm MONAD Studio was co-founded in 2002 with Veronica Zalcberg. MONAD Studio is a design research practice with focus on spatial perception related to rhythmic affect, exploring the urban dimension, from landscape to installations and buildings. 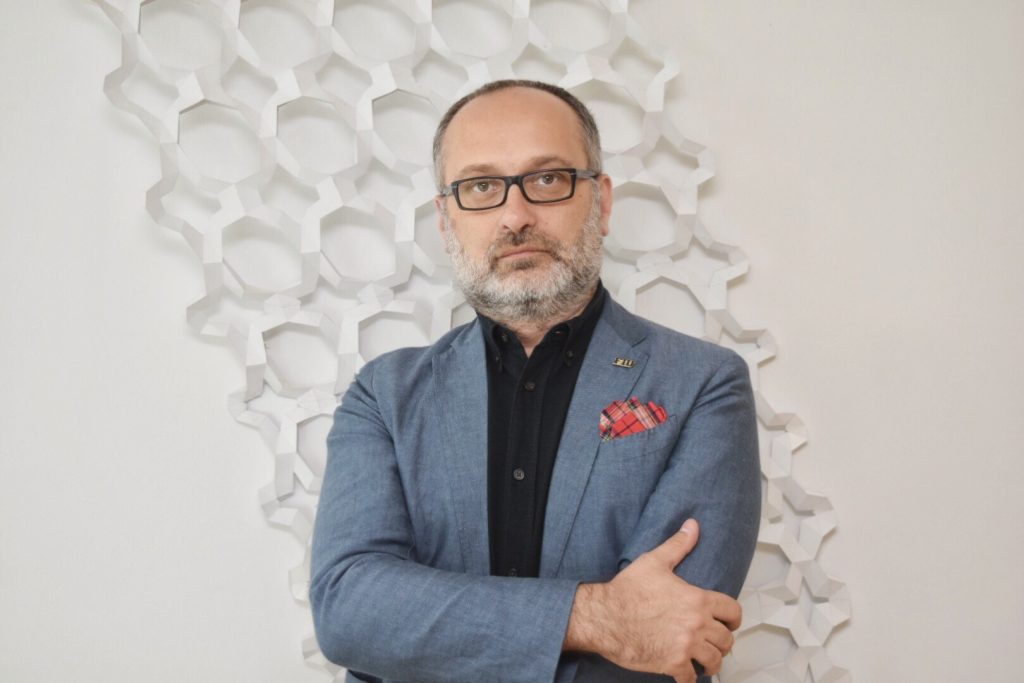 Jacek, through his creative work has tested complex video installations, single and multiple channel projections, as a well as site-specific projects in the context of public architecture. His art work has reached large international audiences through presentations and exhibitions in numerous venues including: the Teatro Colon, Buenos Aires, Argentina: Festival Internacional Cervantino; Kolasinski’s work is rooted in an international dialogue between two worlds: the “Old World” of Europe in Krakow, and the “New World” of the United States in multicultural Miami. These convergent worlds create a running theme that surfaces in many of his works: the search for identity in the vortex of cultural displacement. 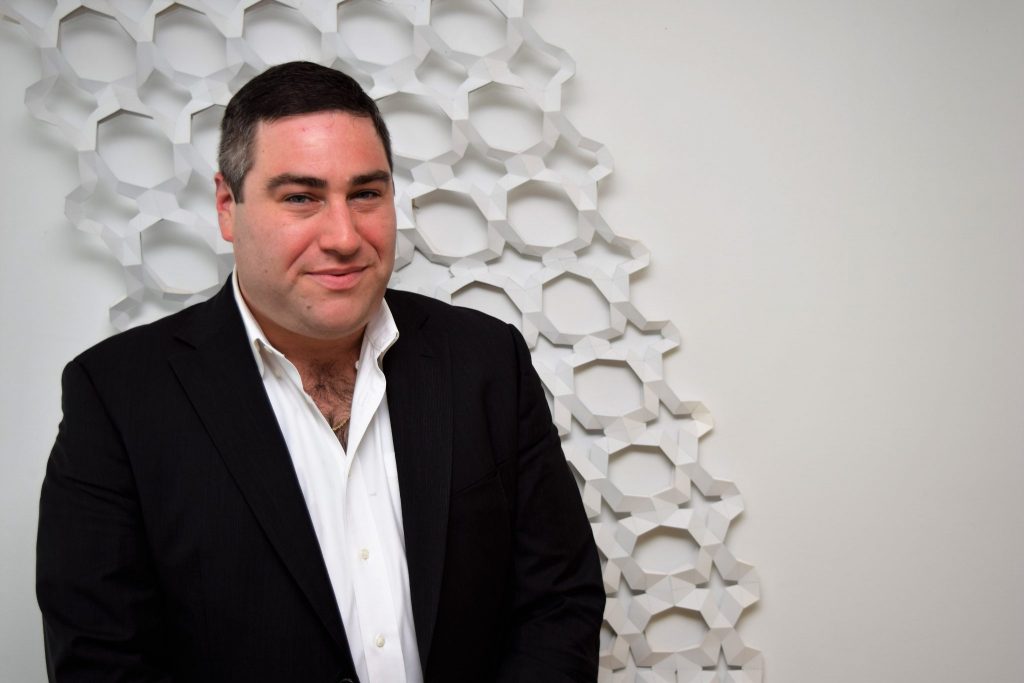 Michael is a member of the Amernet String Quartet; FIU’s Ensemble-in-Residence. A dedicated teacher, Klotz is Senior Viola Instructor and Artist-in-Residence at Florida International University in Miami, where he teaches viola and chamber music. Klotz is a graduate of the Eastman School of Music, where he was awarded the Performer’s Certificate. In 2002 he became one of the few individuals to be awarded a double Master’s Degree in violin and viola from the Juilliard School. At Juilliard, he was the recipient of the Tokyo Foundation and Gluck Fellowships. 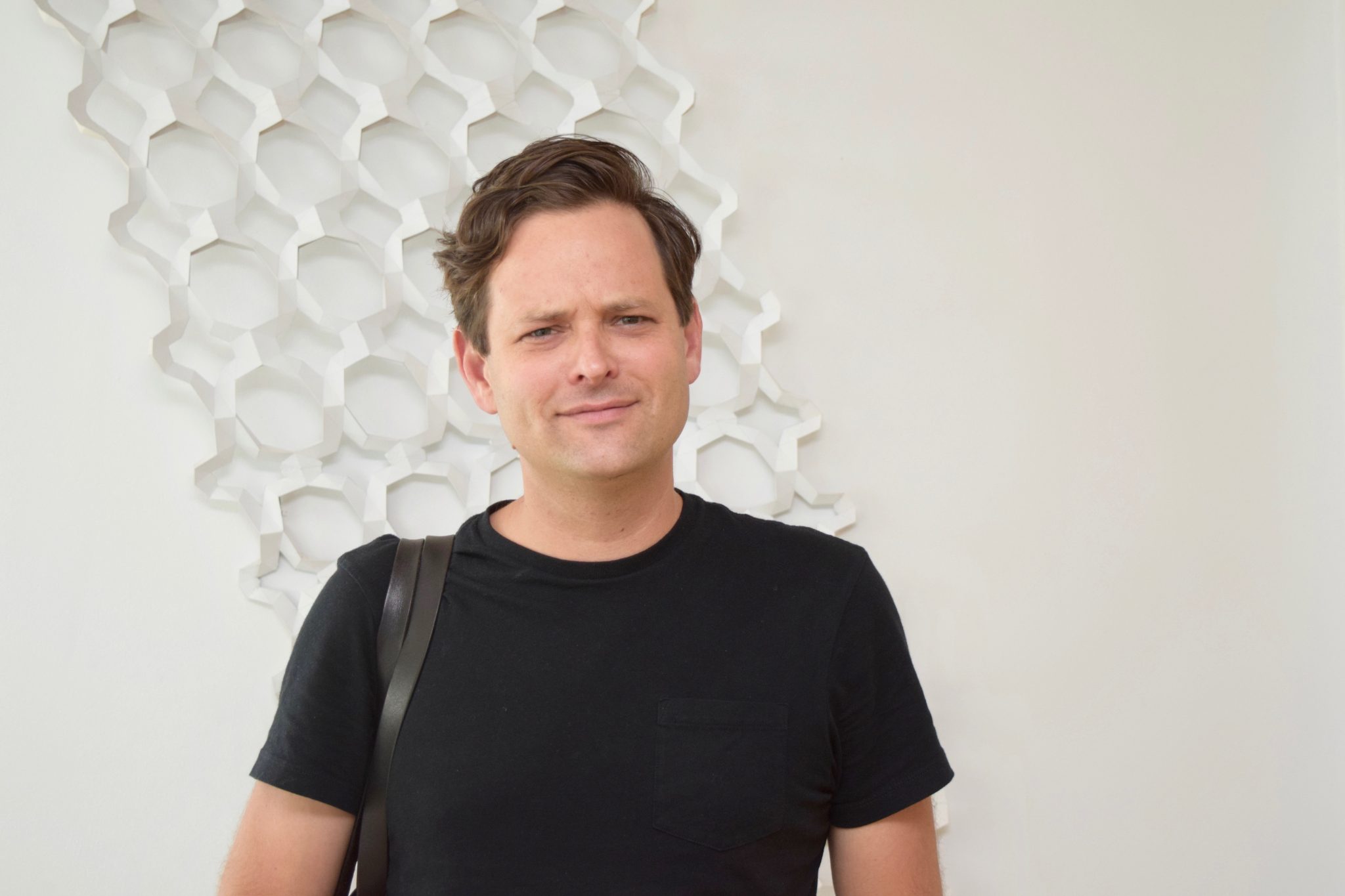 Nick, Assistant Professor in the School of Architecture at the College of Communication Architecture + The Arts at Florida International University and is the principal of his own design office based in New York. Gelpi’s practice has been producing a diversity of projects from experimental structures and pavilions, to commercial retail design, and high-concept furniture and prototypes. Gelpi’s research is concerned with materials and representation, often incorporating procedures of fabrication and the conventions of testing through Mockups. 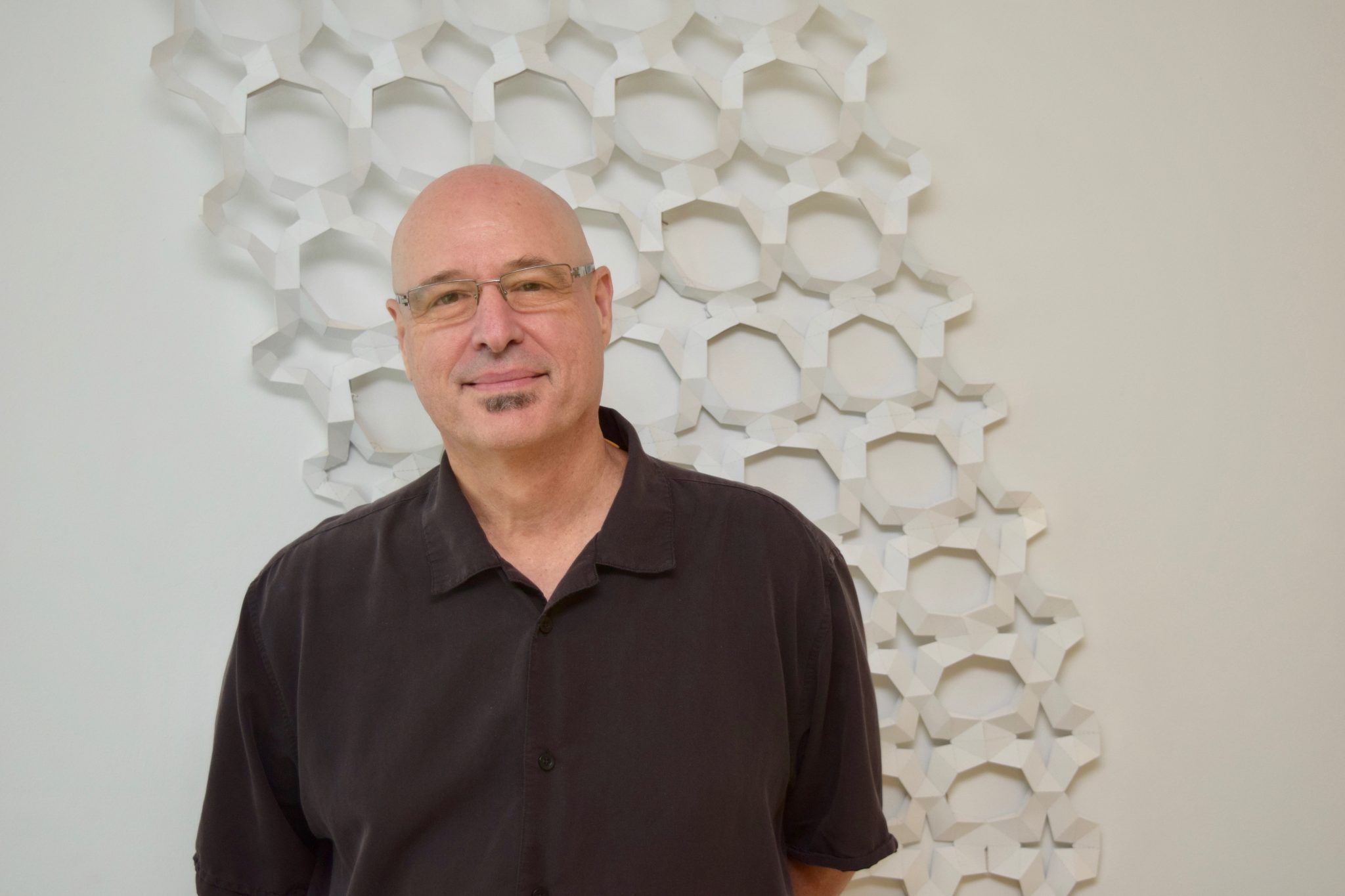 Orlando, DMA, is Professor and Coordinator for the Music Composition Program in the School of Music at Florida International University as well as the Composer-In-Residence at MBUS. Through more than 140 works composed for a wide range of performance genres, Orlando Jacinto García has established himself as an important figure in the new music world. The distinctive character of his music has been described as “time suspended—haunting sonic explorations” qualities he developed from his studies with Morton Feldman, among others. Orlando is the Founder of FIU Nodus Ensemble & FIU New Music Ensemble. 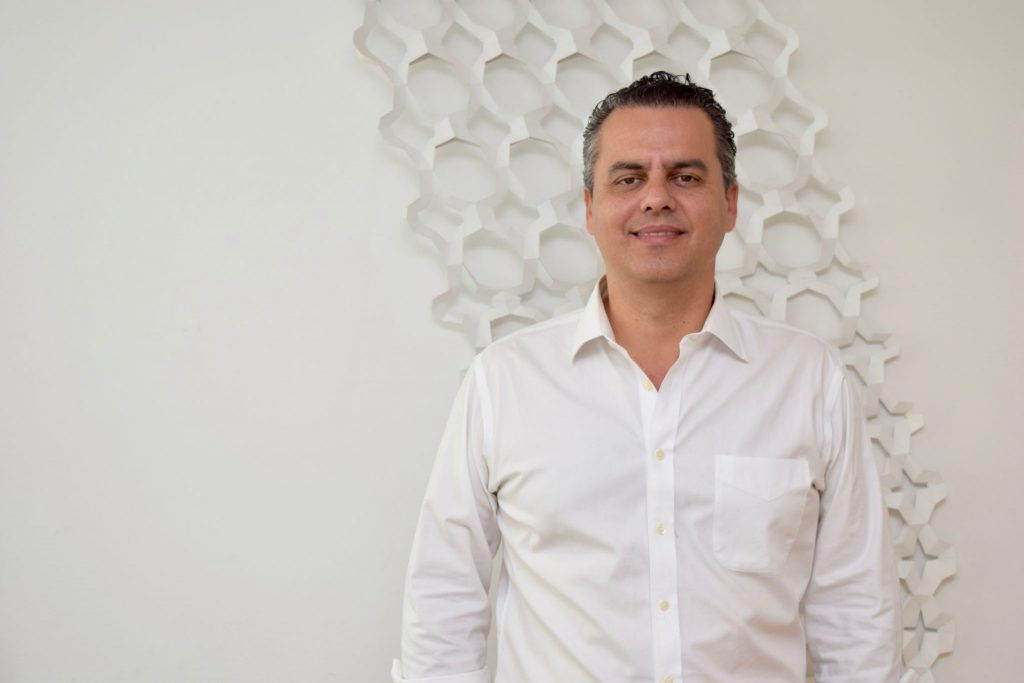 Roberto is the principal of the interdisciplinary Studio Roberto Rovira, recognized for its creative approach in the fields of landscape architecture, public art, and design. He completed a Bachelor of Science in Mechanical Engineering from Cornell University in 1990, and a Masters in Landscape Architecture at the Rhode Island School of Design (RISD) in 1998, where he was Dean’s Scholar, recipient of the Award of Merit from the ASLA, and founder of the installation group Guerrilla Gardens. Roberto has lived in Latin America, Europe, and Japan and is a former U. S. Naval Officer, having served primarily in Asia and the Persian Gulf from 1990 to 1994. 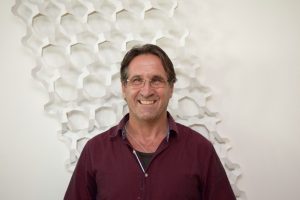 Thomas, is a registered Architect, Engineer and Town Planner, LEED AP, Professor and the Co-Director of the Structural & Environmental Technologies Lab (SET LAB) in the FIU School of Architecture. Thomas has realized numerous demonstration work in Europe and in the Americas of contextual solar, zero fossil-energy, passive and low-energy realizations projects; large-scale sustainability master planning and consultancies, redevelopment projects for abandoned post-industrial architectures and landscapes, engineered suspension bridges, and revitalization projects. As a result of his 27 years of built work, professional consulting, awarded research, teaching, Spiegelhalter has received 54 prizes, awards, and honors in national and international sustainability competitions. 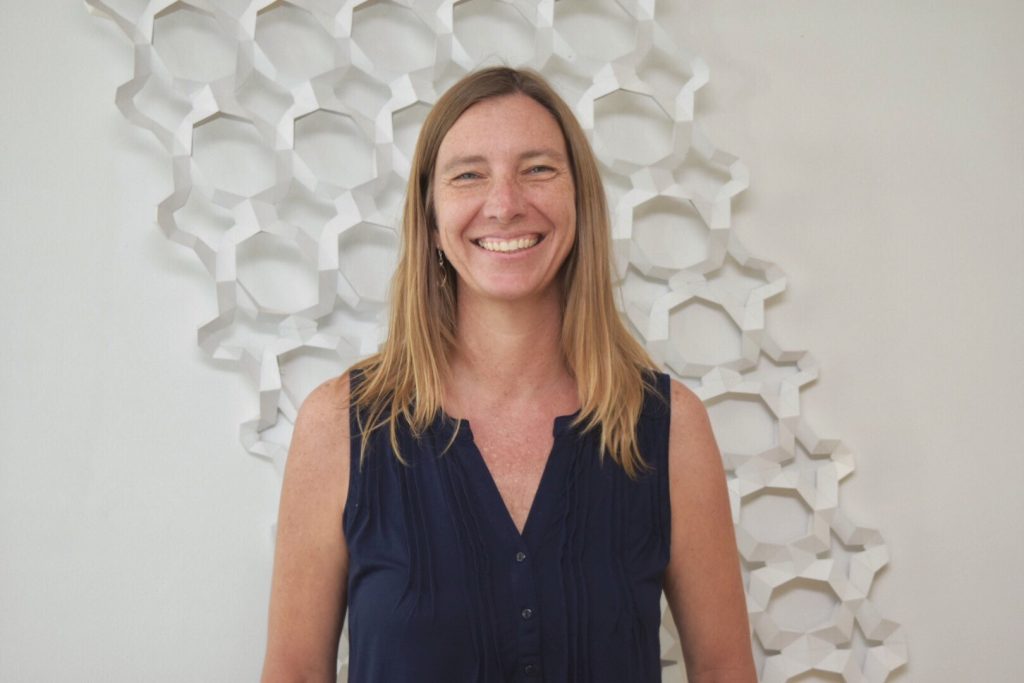 Tiffany, Director of the Sea level Solutions Center  is a research scientist with appointments in the Southeast Environmental Research Center and Department of Biological Sciences at Florida International University. Her research focus is wetland ecosystems ecology. Her research employs approaches that include landscape- to local-scale hydrological monitoring of surface and groundwater water quality and ecosystem responses to environmental change. Her research informs management and restoration of coastal and freshwater wetland ecosystems. She currently leads a collaborative effort that will examine the effects of salinity inundation associated with sea-level rise on soil carbon balance in Everglades coastal wetlands. 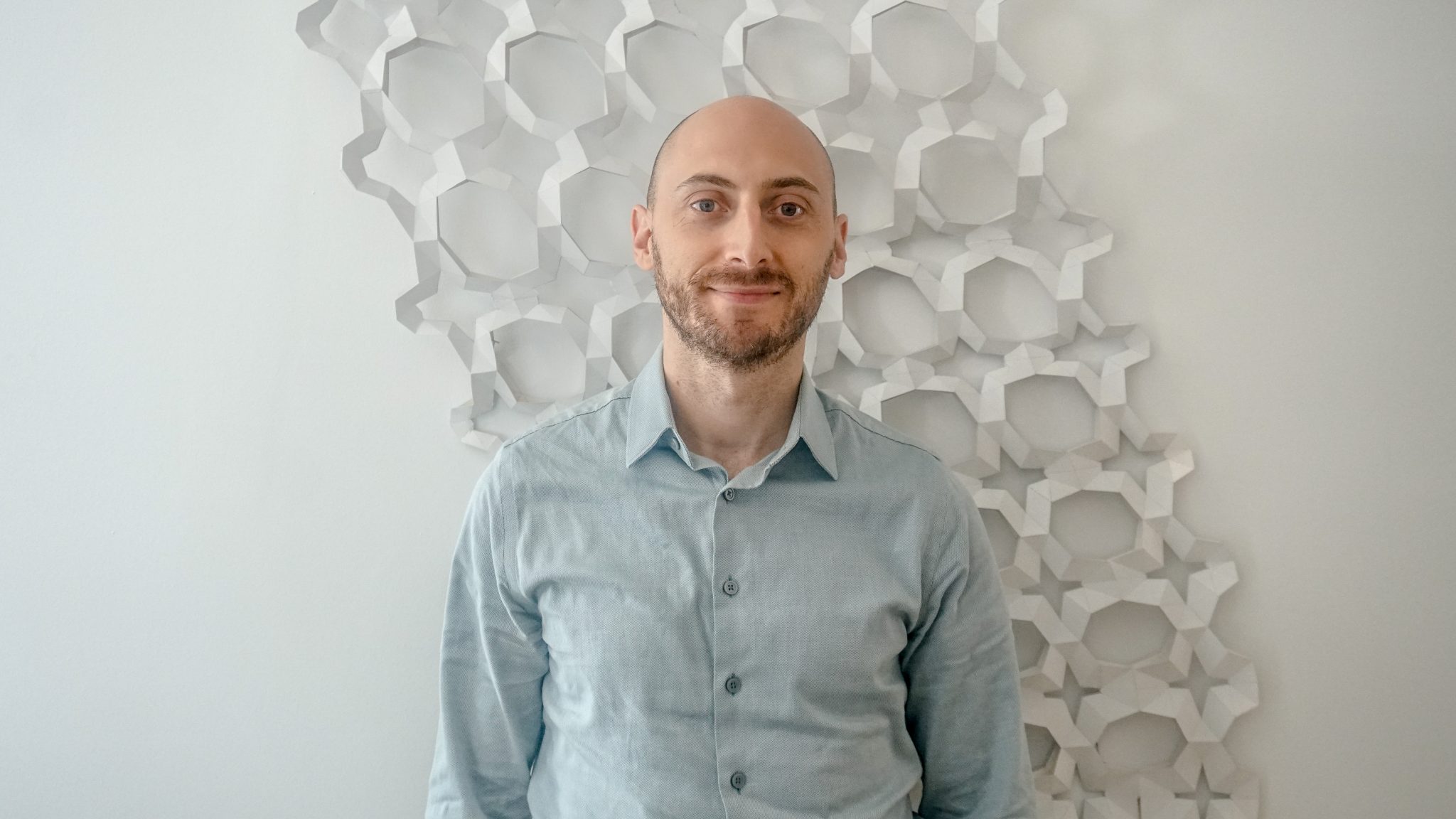 Dr. Allain Barnett is a post-doctoral associate working with the Institute for Water and Environment, and the School of International and Public Affairs. Allain has a diverse research experience, including research in aquatic community ecology as a Master’s Student, ethnographic research of lobster fishing communities in Nova Scotia during his PhD at Arizona State University, collaborative research on common-pool resources and institutional analysis, and marine debris mapping and recovery projects as a post-doc at University of New Brunswick. His current research interests focus on applying insights from vulnerability analysis, institutional analysis, coupled infrastructure systems analysis, and political geography to examine social-ecological-technological systems. As a member of the Miami Urban Resilience to Extremes Sustainability Research Network, Allain is examining the political and institutional barriers and bridges to adopting infrastructure to enhance the resilience of the cities of Miami and Miami Beach to sea level rise and extreme events. 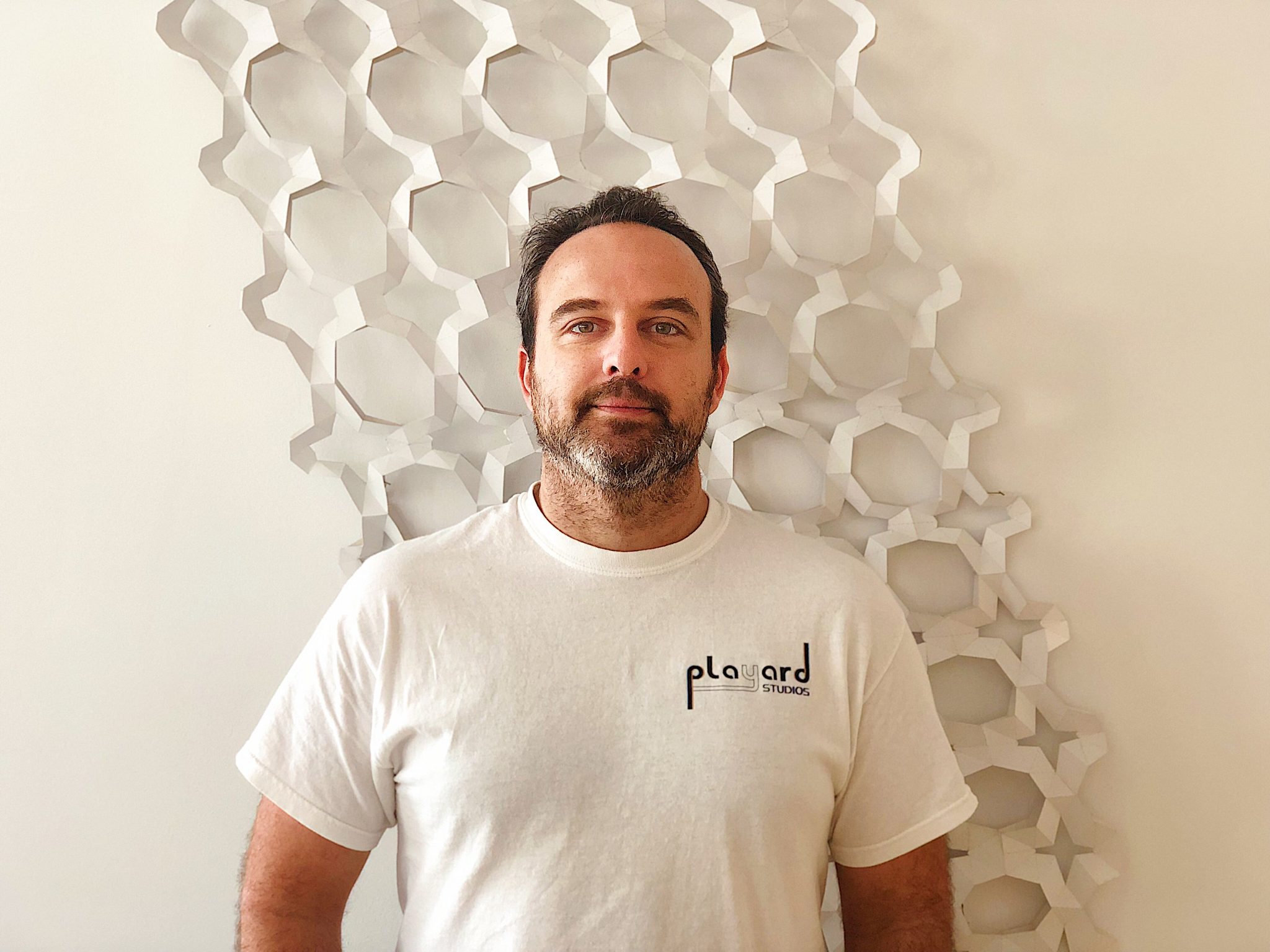 Carlos Fueyo is the creative director of playard studios, a production, post-production, and creative studio based in Miami. He has over 15 years of experience working on films, commercials, game cinematics, and dark rides.  Fueyo arrived to the United States, from his native Spain, when he was 15 years old.  Here he attended Florida International University where he studied and graduated from Architecture.  With a strong background in art and design, he relocated to Los Angeles where he began working on major motion films such as Avengers, Super8, Priest, and Independence Day.  As a generalist, Carlos created CG (computer graphics) environments and characters by modeling, lighting, texturing, and animating. He also played an integral part in the creation of visual effects for other recognizable films such as Mission Impossible: Ghost Protocol, After Earth, Jane Got a Gun, and Terminator: Genisis.

A culmination of experience in the entertainment, technical, and digital worlds have allowed him to integrate the two things he loves the most; architecture and film.  His company playard studios,  is a newly formed creative studio that is currently experimenting with multimedia content including documentary films, marketing material, AR & VR experiences, animation, and 3D printing.