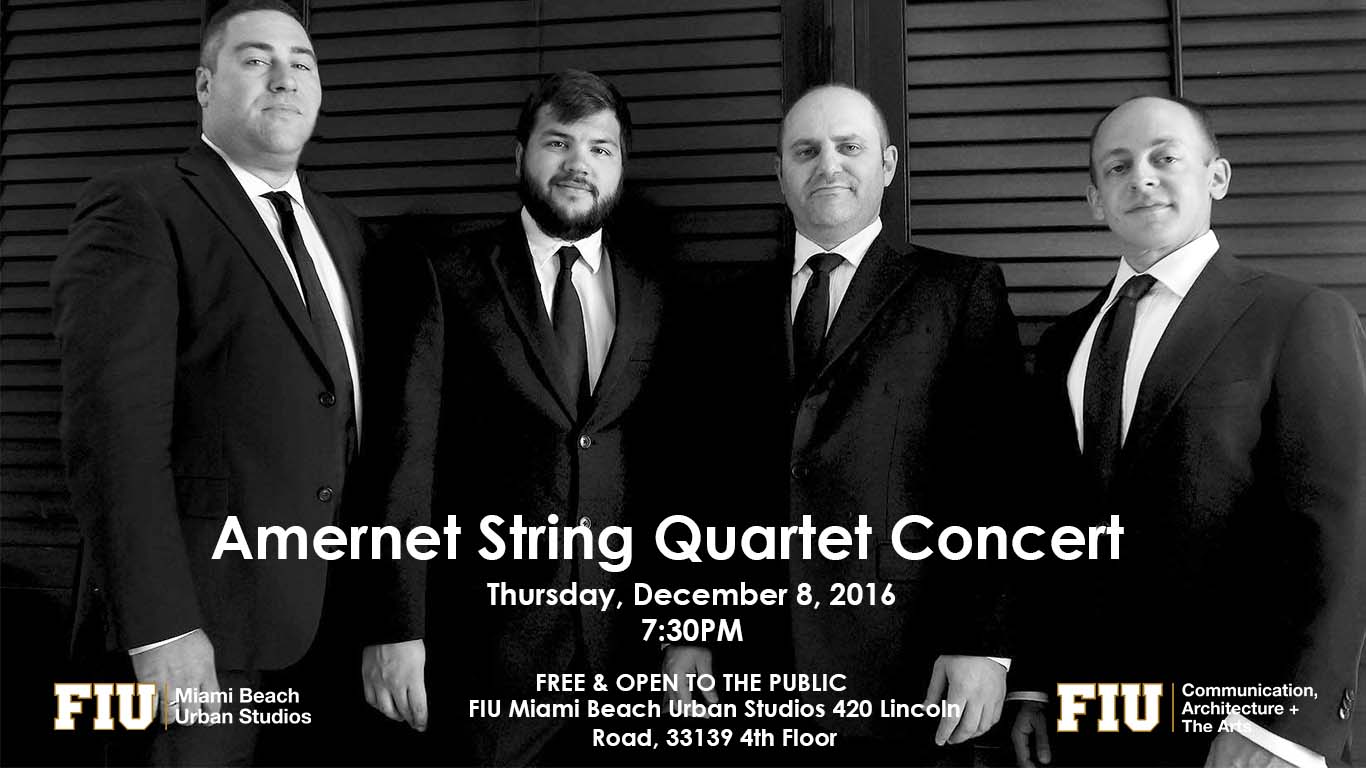 Lauded for their “intelligence” and “immensely satisfying” style of play by the New York Times, the Amernet String Quartet has garnered worldwide praise and recognition as one of today’s exceptional string quartets. Ensemble-in-Residence at Florida International University since 2004, the group was formed in 1991 while its founding members were students at the Juilliard School.  The Amernet rose to international attention after its first season, winning the gold medal at the Tokyo International Music Competition in 1992, followed by the grand prize at the Banff International String Quartet Competition in 1995.  Their busy performance schedule has taken the quartet across the Americas, Asia, Europe, and the Middle East, and they have collaborated with many of today’s most prominent artists.  Prior to their current position at Florida International University, the Amernet held posts as Corbett String Quartet-in-Residence at Northern Kentucky University and at the University of Cincinnati College-Conservatory of Music.  Additionally, during 2004-2005 the ensemble served as the Ernst Stiefel Quartet-in-Residence at the Caramoor Center for the Arts.  Aside from the standard repertoire, the Amernet has always been committed to the music of our time and has commissioned and recorded works by many of today’s leading composers including John Corigliano, Steven Gerber, Toshi Ichiyanagi, Harold Meltzer, Morton Subotnick, Dmitri Tymoczko, and Chinary Ung.  In addition, the Amernet is keen on exploring diverse collaborations and has appeared with famed cantor Netanel Hershtik, jazz pianist Steve Allee, Josée Garant Dance, and the Kruger Brothers. The Amernet actively advocates for neglected works of the past and aims to enliven the concert experience through its innovative programming.

For more information on the Amernet String Quartet click, HERE.