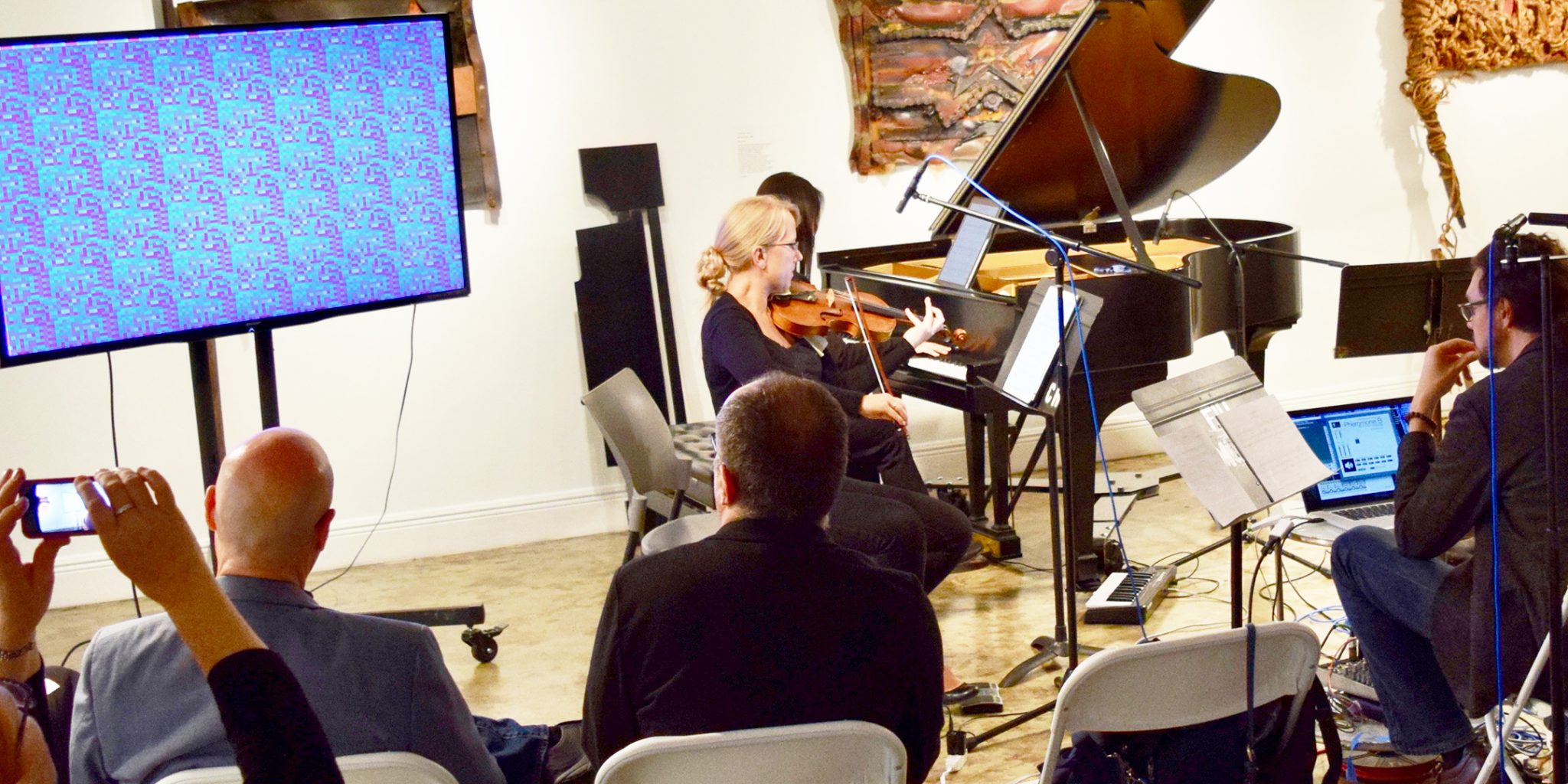 Initiated by FIU faculty composer in residence Orlando Jacinto García, NODUS is the professional contemporary chamber music ensemble in residence at Florida International University in Miami (FIU). Specializing in the cutting-edge Art music of our time, the makeup of the ensemble varies for each concert depending on the works being presented. The ensemble’s repertoire includes recent music by composers from around the world, works written specifically for the ensemble, and works with electronics and/or video. NODUS debut at the FIU Festival of the Arts in November 1998 and shortly thereafter was featured at the January 1999 New Music Miami Festival. Subsequent performances have included the 1999, 2000, and 2001 FIU Music Festival, the 2001 Music of the Americas Festival, the 2000, 2002, 2003, 2004, 2006 – 2018 New Music Miami ISCM Festival, the 2004 International Computer Music Conference, the 2006 International Association of Women in Music Conference, and other concerts held at a variety of South Florida venues over the past several seasons.

In 2009-10 NODUS was featured at the International New Music Festival in Lima, Peru. During the fall of 2010 the ensemble performed 2 concerts at the Cervantino Festival in Guanajuato, Mexico receiving high critical recognition for both. In May of 2018 the NODUS Ensemble performed as part of una marea creciente a non-narrative opera on the theme of sea level presented at the Faena Forum on Miami Beach with the support of Faena Art and a Knight Foundation Arts Challenge grant. The 90-minute work created by composer Orlando Jacinto Garcia with collaborators Jacek Kolasinski, Campbell McGrath, Augusto Soledade, and John Stuart had over 400 in attendance.

The NODUS ensemble has been featured at the Norton Museum, Wertheim Performing Arts Center, the Wolfsonian, the Spanish Cultural Center, Miami Art Central, Miami Art Museum, von Hartz Gallery, Dorsch Gallery, Gusman Concert Hall, among other performing spaces in the region. In the summer of 2010 Innova Recordings released sonidos cubanos, the ensembles’ first CD. The album includes the works of 4 Cuban composers Tania Leon, Sergio Barroso, Ileana Perez Velazquez, and Orlando Jacinto Garcia. The works by Garcia and Leon were nominated for a Latin Grammy in the fall of 2010.