FIU / CARTA Corona Virus Updates and Re-Population Guidelines
PUBLIC: Exposed to our Method of Being by Jennifer Printz Virtual Exhibitionlsippin2020-11-30T15:24:37-05:00 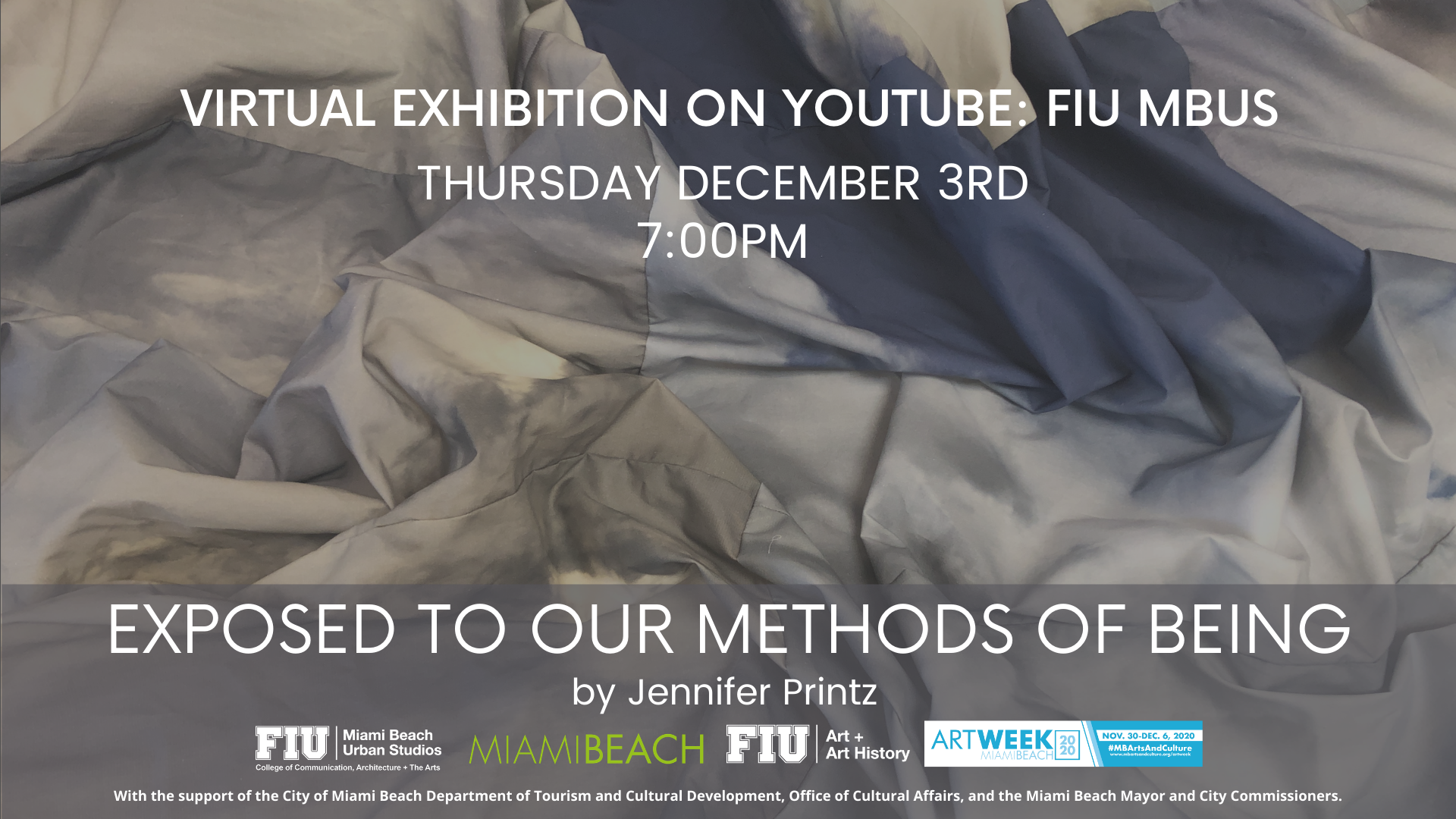 Virtual Exhibition:  Exposed to our Method of Being

Jennifer Printz graduated with a BFA from East Tennessee State University and then completed her Masters of Fine Art in 2001 from The University of Georgia where she studied in Cortona, Italy, as a part of her degree. Printz was the recipient of multiple university merit awards and research grants during this period. Since graduation, her creations have been exhibited widely across the US and abroad including recent exhibitions at the Spartanburg Museum of Art, Chroma Gallery, and International Biennale of Prints in Portugal. She has participated in regular residencies in the US, at the Frans Masereel Centre/Flemish Center for the Graphic Arts in Kasterlee, Belgium, St. James Cavalier Centre for Creativity, Valletta, Malta, and La Cité Internationale des Arts, Paris, France.

Jennifer uses both photography and drawing as differing means to observe her world and she unifies them together to make poetic works that reflect the unseen structures of the universe. She has continued to be a highly awarded artist. In 2004 she was awarded a Puffin Foundation Grant, followed by a Dendo Fellowship in 2016, amongst many others throughout her career. Printz is also an educator who has honed her skills in a variety of classroom situations from museums to large public research universities since 2002. She has taught a wide range of two-dimensional media at the undergraduate and graduate level, as well as, public art and professional practices. Currently, Jennifer teaches at Florida International University in Miami, Florida.

Printz’ work has been included in publications as diverse as Tricycle and the Carolina Review. In 2019, her studio practice was included for in-depth articles in Peripheral ARTeries and In Her Studio. Her scholarly output includes papers given at the SGC International, College Art Association in 2009, and Southeastern College Art conferences in 2018, 2013 and 2011. In 2010, the Norton Simon Museum included her essay “Print University” in Proof: The Rise of Printmaking in Southern California. She is also an active arts leader, previously serving as President of the Los Angeles Printmaking Society from 2007-2009, the Vice President of External Affairs for SGC International in 2010-2012 and most recently on the Board of Directors for SECAC 2017-2019. In 2014 she was awarded an NCAA Emerging Arts Administrators Fellowship.

Her work is included in a large number of institutional and private collections in the US including the Ben Shahn Center Galleries at William Patterson University and Esther Allen Greer Museum of Fine Art, Rio Grande, OH and also in the permanent collection of the Royal Museum of Fine Art, Antwerp, Belgium.