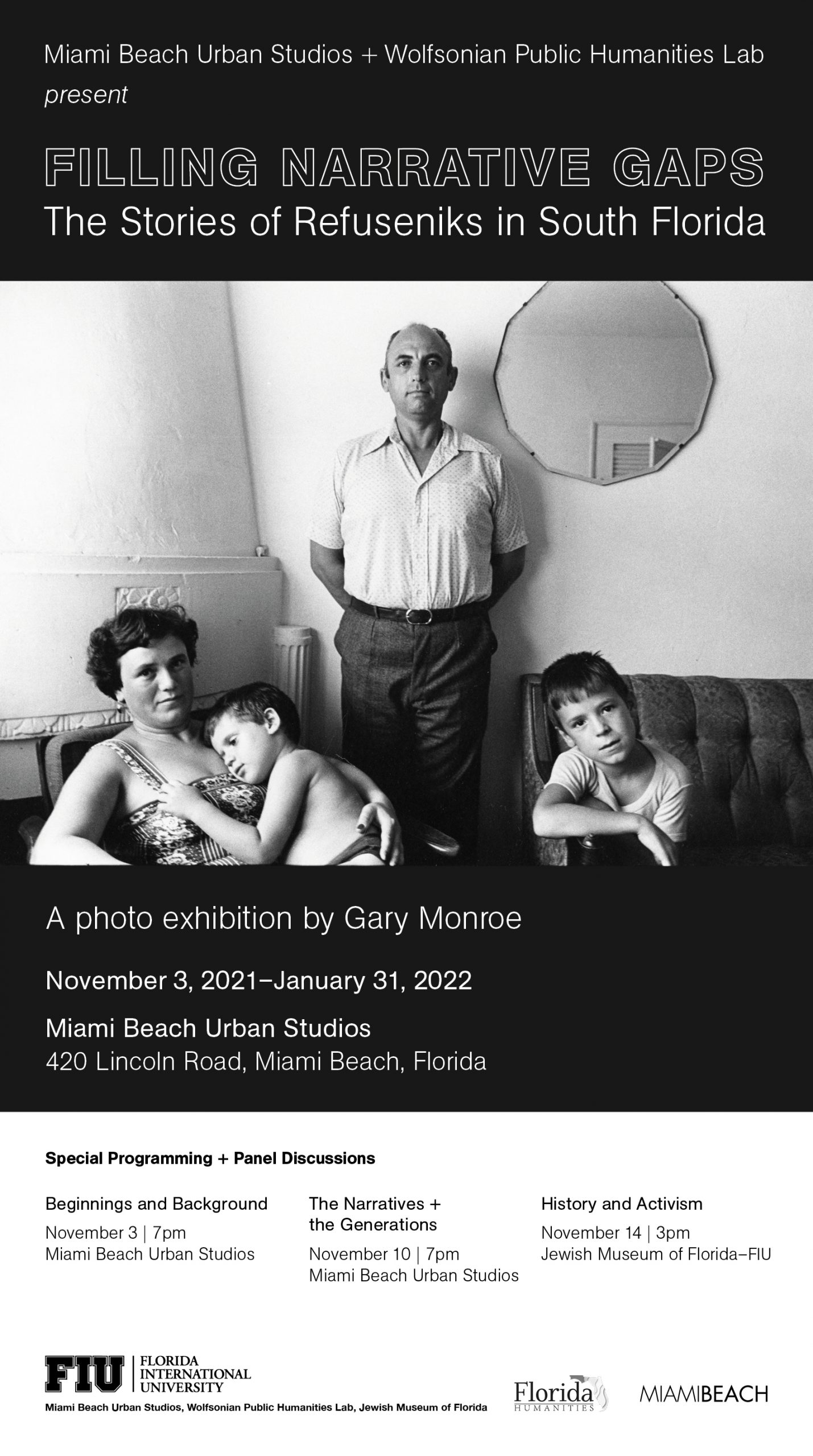 Exhibition:  Gary Monroe’s photographs of Refuseniks in the 1980s

Ira M. Sheskin, Professor of Geography and Sustainable Development and Director of the Jewish Demography Project in the Sue and Leonard Miller Center for Contemporary Judaic Studies, University of Miami

Bruce Yudewitz, Director of Planning and Allocations at the Greater Miami Jewish Federation during the time of the Soviet Jewry movement

The photograph exhibition features work by Gary Monroe and the series focuses on Jewish immigrants who landed in South Florida in the 1980s after being
granted visas to leave the Soviet Union—usually after years of being denied, harassed, fired from their jobs,
evicted from their living quarters, and sometimes jailed and tortured. Known as “refuseniks” because they
were “refused” exit visas, many of them were professionals who took menial jobs, if they could get them, after
applying to emigrate. This population reflects an experience that is almost forgotten and needs to be
integrated into the larger story of refugees fleeing to the U.S. to avoid persecution. A substantial population
of refuseniks immigrated to South Florida and created a community in Sunny Isles, as well as smaller enclaves
in Bal Harbor, Aventura, Sunrise, Hallandale Beach, and Hollywood. Their story has a particular poignancy
since along with the simultaneous waves of refugees from Haiti and Cuba, this group of immigrants helped to
change the face of South Florida. The experiences of the Soviet Jews who found themselves on the “American
Riviera,” as the South Florida coast is known in that community, has been buried for too long and needs to be
told and integrated into the rich and diverse history of immigrants coming to Florida.