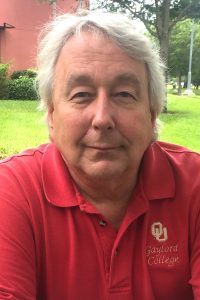 Dr. Blevens teaches skills and concept courses in the SCJ, an Honors College course in news literacy, and a general education course called How We Know What We Know, a humanities course in global information literacy.

During the past 25 years, he has founded or been a director or faculty member of three university-based residential workshops for Hispanic and American Indian high school students, including the Peace Sullivan/James Ansin High School Workshop in Journalism and New Media at the University of Miami.

For nearly 20 years, Dr. Blevens was a reporter and editor at major metropolitan newspapers in Tampa, Philadelphia, San Antonio, Fort Worth and Houston. He earned bachelor’s and master’s degrees from Ball State University and holds the Ph.D. from the University of Missouri School of Journalism. He is co-author of Twilight of Press Freedom: The Rise of People’s Journalism and is past president of the American Journalism Historians Association and the Southwest Education Council for Education in Journalism and Mass Communication. 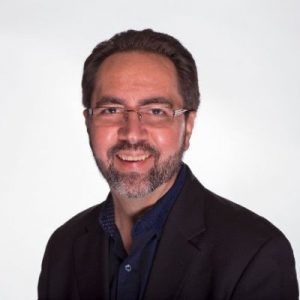 He is Vice President of the Association for Latino Media, Markets and Communication Research.

He is a political communications consultant and has extensive experience working for public relations and advertising firms, such as Porter Novelli and Turkel Brands, as VP of Strategy and Senior Consultant, respectively. Dr. Alvarado was Consul of Mexico in Miami.

As a journalist, Dr. Alvarado’s career includes broadcast, print, and digital media, in Univision, CBS-Telenoticias, and CNet. He has written opinion articles for Spanish-language dailies in the U.S. and Mexico. 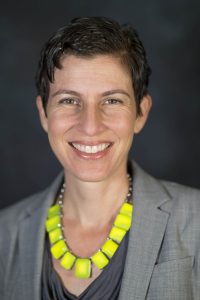 Izquierdo earned a Master of Science in Mass Communication from Florida International University and was named
a Heavy Hitter in Public Relations by the South Florida Business Journal. Additionally, her contributions to higher education were recognized in a recently published book, “Legacymakers: 100 Women of Distinction at Florida Atlantic University.” 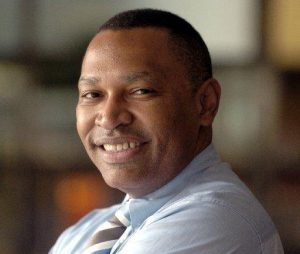 He first experienced the power of public radio in 2007 while co-creating and providing editorial direction for the WLRN-Miami Herald Friday Business Report weekly feature segment.

He is dedicated to nonprofit causes, education, networking and mentoring, and feeds these interests as Region 13 director of the Radio Television Digital News Association, immediate past president of the South Florida Black Journalists Association, and by actively participating in several other professional journalism organizations.

Before joining the station, Terence was managing editor of a financial website and previously spent 14 years editing business and financial coverage at The Miami Herald. During his tenure at The Herald, the desk won two consecutive Best in Business Awards for Overall Excellence from the SABEW, and he directed coverage leading to a national award on web pharmacies. His favorite projects at The Herald included The Business Plan Challenge, and later developing the section’s online and multiplatform identity with the weekly radio program and two weekly video shows.

Before journalism, he worked in the commodity brokerage business as a compliance and operations manager.

Terence, a native of Louisville, Ky., graduated from the University of Virginia with a degree in economics and received an MBA from Florida Atlantic University.