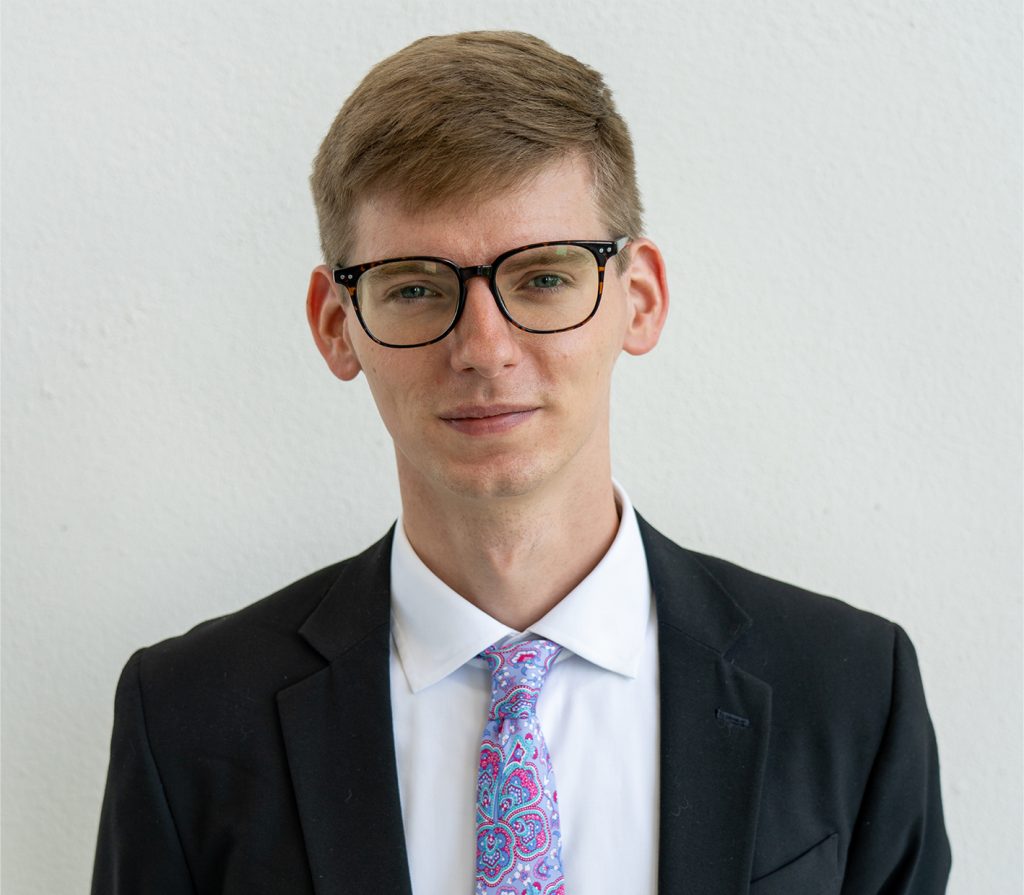 Miami-based saxophonist Benjamin Morris is an avid educator and performer currently pursuing a Doctorate in Saxophone Performance from the Frost School of Music where he is a teaching assistant to the studio of Dale Underwood and a Henry Mancini Institute fellow. Before coming to Miami, Benjamin obtained a bachelor’s in music education from Morehead State University. From there he moved to Pittsburgh to pursue a master’s degree in saxophone performance at Carnegie Mellon University, where he won the Wind Ensemble Concerto Competition. While living in Pittsburgh, Benjamin became one of three saxophonists for the New World Symphony in Miami Beach. He also performed with Pittsburgh Ballet Theatre Orchestra, the Johnstown Symphony Orchestra, and the Balcony Big Band.

Since coming to Miami, Benjamin has performed with the New Deco Ensemble, the Henry Mancini Institute Orchestra, the Frost School of Music Concert Jazz Band, and the Miami Sousa Band. An accomplished performer, Benjamin is also deeply invested in educating the next generation of musicians and is currently the adjunct instructor of saxophone at Westminster Christian School.

Benjamin brings his enthusiasm for the saxophone to the stage by offering new and inventive renditions of classic pieces of the repertoire. He is a strong advocate for the expansion of the saxophone repertoire and is constantly pursuing new music for the instrument as well as educating student composers on the sonic capabilities of the instrument. Benjamin is a founding member of the Deco Saxophone Quartet, one of four winners of the inaugural Artist Launch Competition at the Frost School of Music who will be performing at Carnegie Hall in February 2022 as part of their prize.