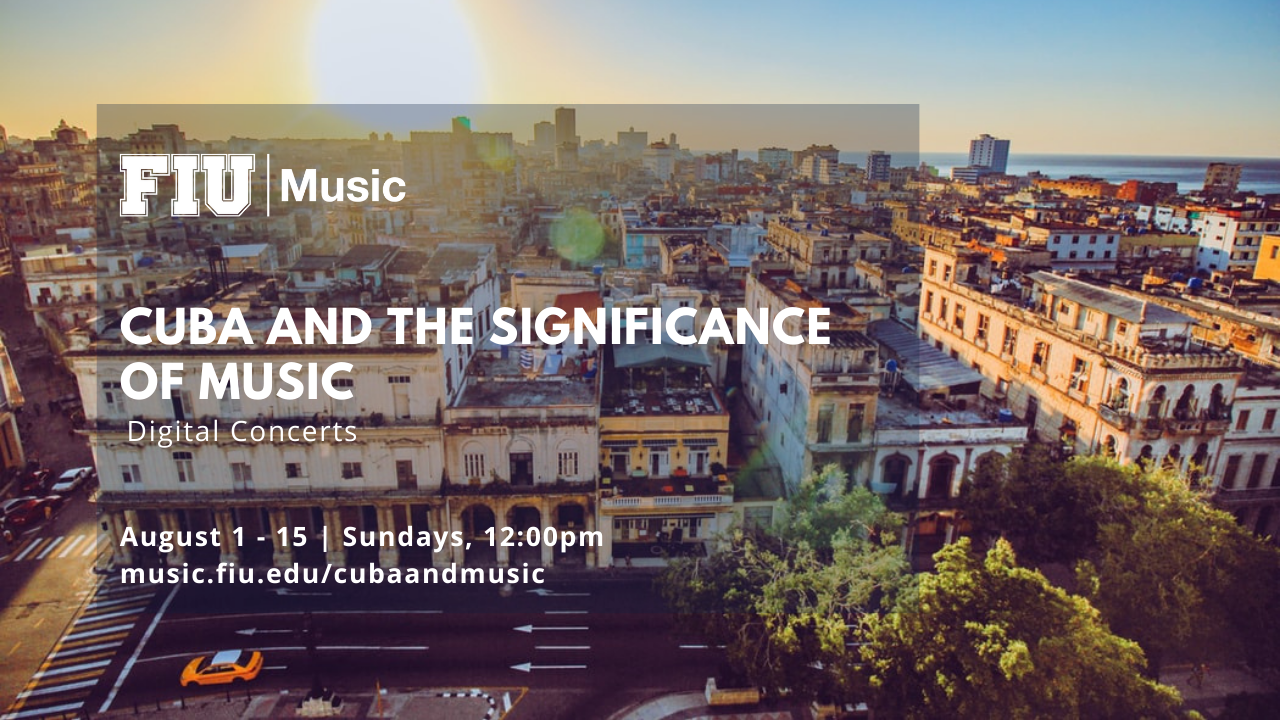 The protests on the Island of Cuba started on July 11, 2020 at 12:00pm and the Cuban diaspora has been felt worldwide. The FIU School of Music has put together a series of concerts that reflect and embrace the Cuban traditions, Cuban culture, and Cuban heritage. In celebration of how music transcends societal, political, and cultural differences, we hope to bring awareness to the significance of Cuban music of yesterday and today.

We invite you to watch the rebroadcast of the Alfredo Rodriguez Trio for their performance during the 2018 FIU Music Festival at the Wertheim Concert Hall. Rodríguez’s music explores his memories of Cuba, the people and culture he left behind, and how he found his new place.  CLICK HERE TO LEARN MORE.

We invite you to watch the rebroadcast of the Alonso Brothers for their performance of Classically Cuban Concert at the Wertheim Concert Hall. Virtuoso pianists and Cuban brothers Orlay Alonso and Orlando Alonso present an immersive experience that places the audience at the center of the “Golden Era” of Cuban music and entertainment of the 1940s and 1950s. Presented by the Cuban Research Institute at FIU and sponsored by the FIU School of Music. CLICK HERE TO LEARN MORE.

We invite you to watch the rebroadcast of the Miami International GuitARTS Festival’s Tribute to Leo Brouwer. Acclaimed in his youth as one of the all-time great performers of the classical guitar, the Cuban composer is an Honorary Member of UNESCO and is recognised worldwide as the guitar’s most outstanding living composer for the instrument, and as a pioneer in the fusion of musical styles and genres. CLICK HERE TO LEARN MORE.