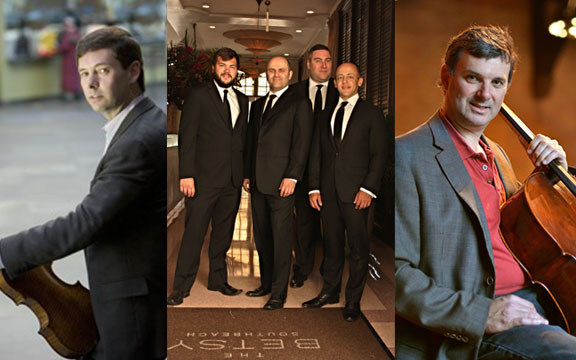 The Amernet String Quartet rounds out its contribution to the annual FIU Music Festival with a performance celebrating the history of the School of Music.  The ensemble presents Mobile, a quartet by founding SOM director Fredrick Kaufman, and is also joined in a pair of sextets by two acclaimed artists: violist Roberto Diaz, President and CEO of the Curtis Institute of Music, and Andres Diaz, professor of cello at Southern Methodist University. 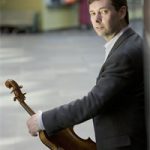 A violist of international rapport, Roberto Díaz is president and CEO of the Curtis Institute of Music, following in the footsteps of renowned soloist/directors such as Josef Hofmann, Efrem Zimbalist, and Rudolf Serkin. As a teacher of viola at Curtis and former principal viola of the Philadelphia Orchestra, Mr. Díaz has had a significant impact on American musical life.

As a soloist, Mr. Díaz collaborates with leading conductors of our time on stages throughout North and South America, Europe and Asia.  He has also worked directly with important 20th- and 21st-century composers, including Krzysztof Penderecki, whose viola concerto he has performed many times with the composer on the podium and whose double concerto he premiered in the United States; and Edison Denisov who invited Mr. Díaz to Moscow to work on his viola concerto. Ricardo Lorenz, Roberto Sierra, and Jennifer Higdon have all written concerti for Mr. Díaz. 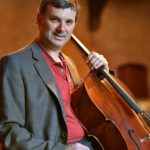 Since winning the First Prize in the 1986 Naumburg International Cello Competition, Andres Diaz has exhilarated both critics and audiences with his intense and charismatic performances. He has earned exceptional reviews for his “strongly personal interpretive vision” (The New York Times) and his “bold and imaginative” playing style (The Boston Globe) and was awarded the prestigious Avery Fisher Career Grant as well as a generous grant from the Susan W. Rose Fund for Music.

Andres Diaz is very active with the Diaz String Trio, featuring violinist Andres Cardenes and violist Roberto Diaz. At Carnegie Hall in April 2003, the trio performed the world premiere of a string trio written for them by Gunther Schuller. The trio has performed in the cities of Pittsburgh, Washington, Boston, Los Angeles and Miami; at the Kuhmo Festival in Finland and the International Festival of St. Cypriene and the Casals Festival in France; and they have toured extensively in South America, Mexico and Canada. The trio was invited by Isaac Stern to play at Carnegie Hall’s Centennial Celebration, and from 1994-96 it served as Trio in Residence at Florida International University. The trio released its first recording featuring the music of Paganini on the Dorian label. A second recording was released in 2003 featuring music by Penderecki, Dohnanyi and Beethoven. 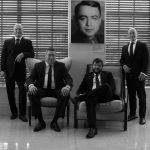 The Amernet String Quartet has garnered worldwide praise and recognition as one of today’s exceptional string quartets.  Ensemble-in-Residence at Florida International University since 2004, the group was formed in 1991 while its founding members were students at the Juilliard School.  The Amernet rose to international attention after its first season, winning the gold medal at the Tokyo International Music Competition in 1992, followed by the grand prize at the Banff International String Quartet Competition in 1995.  Their busy performance schedule has taken the quartet across the Americas, Asia, Europe, and the Middle East, and they have collaborated with many of today’s most prominent artists.  Prior to their current position at Florida International University, the Amernet held posts as Corbett String Quartet-in-Residence at Northern Kentucky University and at the University of Cincinnati College-Conservatory of Music.  Additionally, during 2004-2005 the ensemble served as the Ernst Stiefel Quartet-in-Residence at the Caramoor Center for the Arts.  Aside from the standard repertoire, the Amernet has always been committed to the music of our time and has commissioned and recorded works by many of today’s leading composers including John Corigliano, Steven Gerber, Toshi Ichiyanagi, Harold Meltzer, Morton Subotnick, Dmitri Tymoczko, and Chinary Ung.  In addition, the Amernet is keen on exploring diverse collaborations and has appeared with famed cantor Netanel Hershtik, jazz pianist Steve Allee, Josée Garant Dance, and the Kruger Brothers. The Amernet actively advocates for neglected works of the past and aims to enliven the concert experience through its innovative programming.