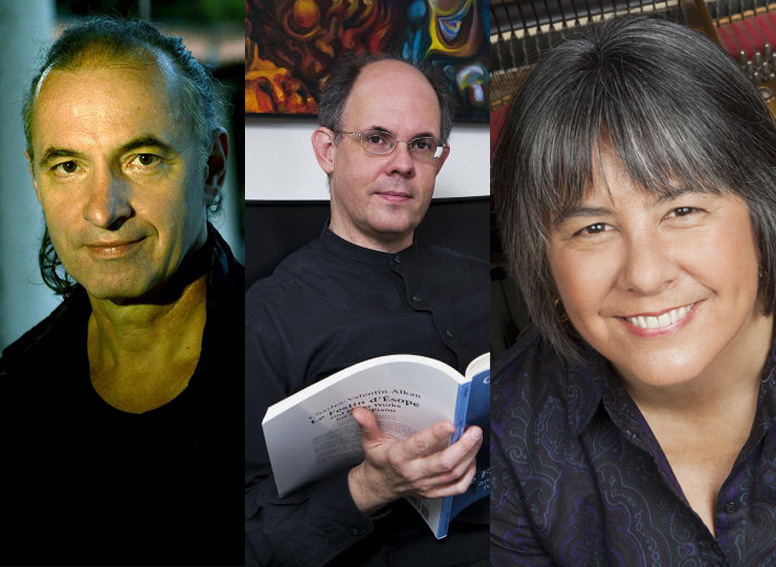 Flamboyant, daring, provocative, exciting, seductive and sensitive are some of the words used to describe one of today’s most formidable pianists, Kemal Gekic, whose playing has been acclaimed worldwide by public and critics alike. His daring approach to tone and form, marked him as a maverick in the musical world, a distinction he welcomes: the very strength of his artistry challenges, provokes, intrigues. Performing worldwide from a vast repertoire, Kemal Gekic presents fascinating, uncompromising and ever-changing interpretations , always generating frenzied audience enthusiasm.

As a recording artist, Kemal Gekic has won accolades in Europe, America and Japan for insightful, original views of the music. His outstanding Rossini-Liszt transcriptions (Naxos) won “The Rosette” of The Penguin Guide for Music, while his recording of Liszt’s Transcendental Etudes (JVC) is generally considered to be the best recording of a set in history.
Born is Split, Croatia, Kemal Gekic got his early training from Prof. Lorenza Baturina. He graduated the class of Prof. Jokuthon Mihailovic at the Art Academy of Novi Sad and was immediately given a faculty appointment by the piano department which he eventually directed until 1999. Since 1999 he has been Artist in Residence at the Florida International University in Miami, Florida.

Jose Lopez is Associate Professor and Coordinator of the Keyboard Studies Program at Florida International University in Miami, Florida and is the President of the South Florida Chapter of the American Liszt Society at FIU, inaugurated in 2010. He has performed throughout the United States, Italy and Central and South America with orchestras, solo recitals, and chamber groups in concert halls, summer festivals such as the Music Festival of the Hamptons in New York and the Killington Music Festival in Vermont. Active throughout South Florida, he has been a featured performer in the Florida International University’s Music Festival; ISCM New Music Miami Festival, the Palm Beach Chamber Music Festival, Coral Gables’ Mainly Mozart Series, University of Miami’s Miami Festival, and as founder and co-director of the Deering Estate at Cutler’s “Living Artist Concert Series.”

Roberta Rust has concertized to critical acclaim around the globe since her debut as soloist with the Houston Symphony at age sixteen and as recitalist at Weill Recital Hall at Carnegie Hall. Recent performances include concerts in Havana, Cuba, Philadelphia, PA, Wilmington, DE, Knoxville, TN, Silver Spring, MD, and Tampa, Miami, Boca Raton, and West Palm Beach, FL. The New York Times hailed her as “a powerhouse of a pianist — one who combines an almost frightening fervor and intensity with impeccable technique and spartan control.”

Demonstrating a strong commitment to the next generation with a highly motivational and inspired approach to teaching, Roberta Rust serves as Artist Faculty-Piano/Professor and Head of the Piano Department at the Lynn University Conservatory of Music in Boca Raton, Florida. In 2016 she received the “Deanne and Gerald Gitner and Family Excellence in Teaching Award.” She has given master classes at prominent institutions throughout Asia and the Americas and at the Rebecca Penneys Piano Festival and the University of Florida International Piano Festival.

Doors open 30 minutes prior to the performance.