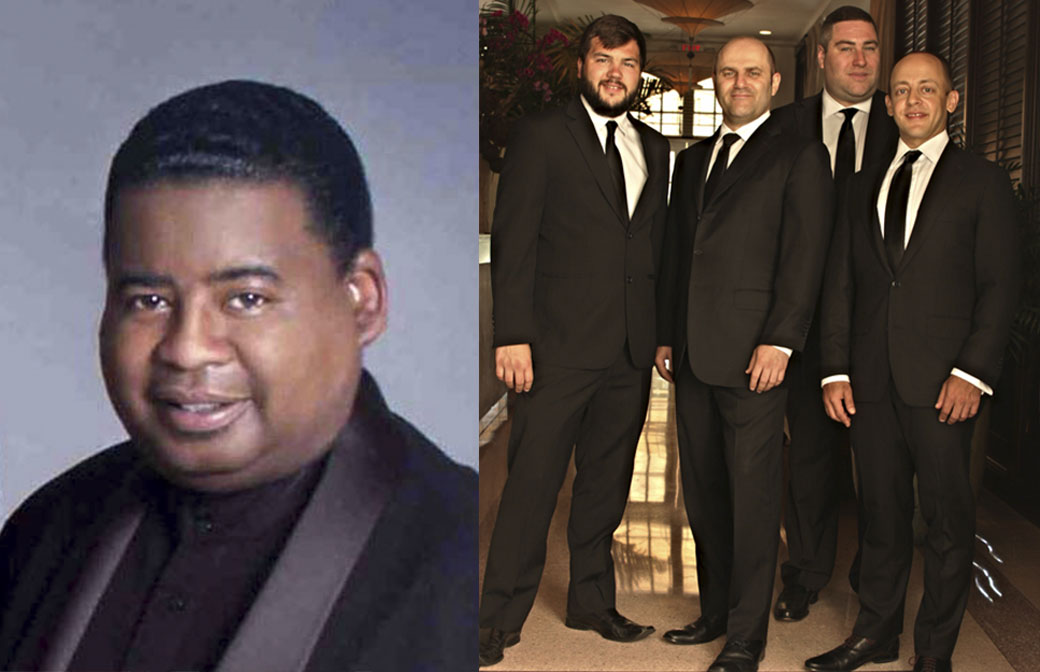 Join us in celebrating the 20th anniversary of the Herbert and Nicole Wertheim Performing Arts Center with the return of our FIU Music Festival this season from October 5th until October 28th! For information about all festival performances, please visit music.fiu.edu/musicfestival. For this performance, we welcome guest violist Chauncey Patterson and FIU’s Ensemble-in-Residence the Amernet String Quartet! Doors open at 7pm.

The Amernet String Quartet has garnered worldwide praise and recognition as one of today’s exceptional string quartets.  Ensemble-in-Residence at Florida International University since 2004, the group was formed in 1991 while its founding members were students at the Juilliard School.  The Amernet rose to international attention after its first season, winning the gold medal at the Tokyo International Music Competition in 1992, followed by the grand prize at the Banff International String Quartet Competition in 1995.  Their busy performance schedule has taken the quartet across the Americas, Asia, Europe, and the Middle East, and they have collaborated with many of today’s most prominent artists.  Prior to their current position at Florida International University, the Amernet held posts as Corbett String Quartet-in-Residence at Northern Kentucky University and at the University of Cincinnati College-Conservatory of Music.  Additionally, during 2004-2005 the ensemble served as the Ernst Stiefel Quartet-in-Residence at the Caramoor Center for the Arts.  Aside from the standard repertoire, the Amernet has always been committed to the music of our time and has commissioned and recorded works by many of today’s leading composers including John Corigliano, Steven Gerber, Toshi Ichiyanagi, Harold Meltzer, Morton Subotnick, Dmitri Tymoczko, and Chinary Ung.  In addition, the Amernet is keen on exploring diverse collaborations and has appeared with famed cantor Netanel Hershtik, jazz pianist Steve Allee, Josée Garant Dance, and the Kruger Brothers. The Amernet actively advocates for neglected works of the past and aims to enliven the concert experience through its innovative programming.

Chauncey Patterson began his professional career at the age of 23 as Assistant Principal Viola of the Denver Symphony. He was eventually appointed Principal Viola by Music Director Phillipe Entremont. His next post was Principal Viola of the Bufallo Philharmonic under the direction of Semyon Bychkov. During his stay in Bufallo, Mr. Patterson was offered and accepted the Viola position in the award winning Miami String Quartet. During his 15 year tenure, the MSQ garnered awards in the quartet competitions of London and Evian in addition to being the first string quartet to win the Concert Artist Guild New York Competition. The quartet recorded a number of CD’s, most notable The Ginastera Quartets, The Quartets of Petris Vasks and The Saint-Saens and Faure String Quartets for the BMG Conifer label. The MSQ toured the US extensively, playing at virtually every high profile venue including performances at Lincoln Center, Kennedy Center, Carnegie Hall, and the Hollywood Bowl.

He attended the University of North Carolina at Chapel Hill, the Cleveland Institute of Music and holds a Certificate from the Curtis Institute of Music, where he studied with Ann Woodward, Robert Vernon, Karen Tuttle and Michael Tree respectively.