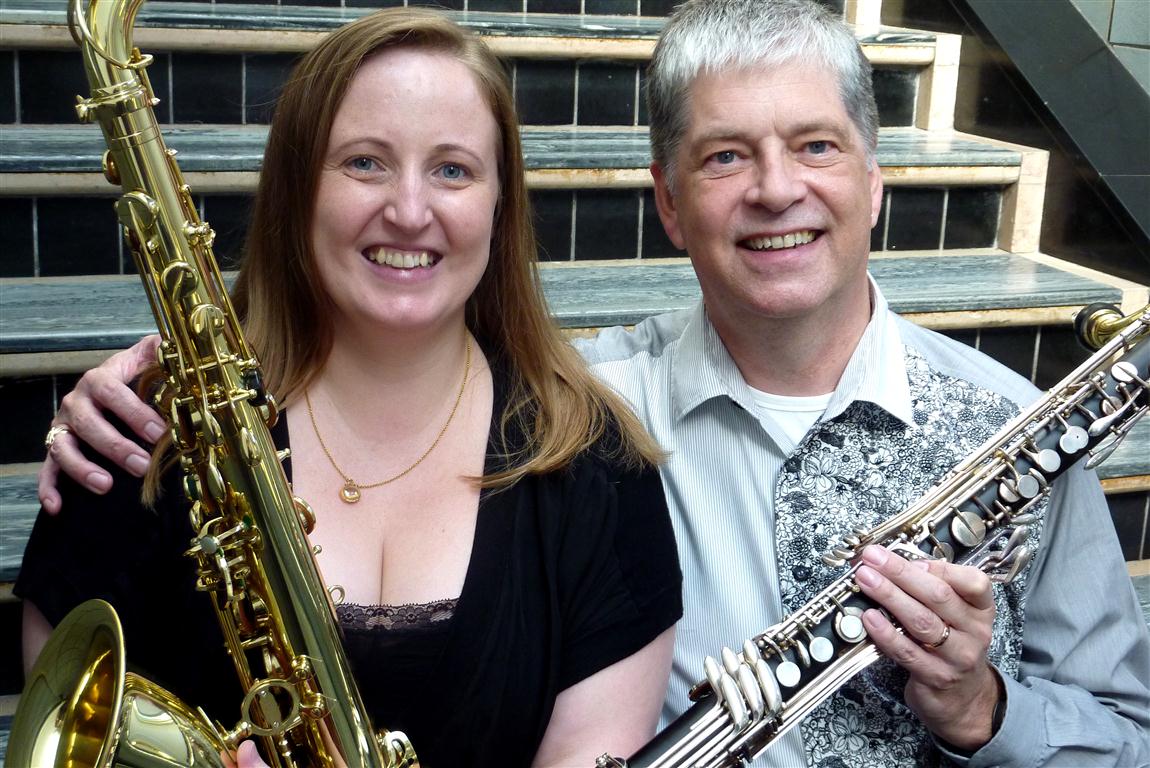 Duo Hevans, a Dutch new music chamber ensemble consisting of an unusual combination for bass clarinet (Henri Bok) and tenor saxophone (Eleri Ann Evans), makes its South Florida debut. Since its founding in 2005, an explosion of commissioned works for this particular duo sent them across the globe in a series of performances and world tours. For one night only, catch several world premieres by Henri Bok and Gregory Wanamaker at The Wertheim.

Henri Bok is a worldwide ambassador of the bass clarinet, the instrument to which he has devoted his life as a performer, teacher (Tilburg, San Sebastián and Düsseldorf), improviser, and composer. An initiator of new chamber music ensembles (including duo Hevans with saxophonist Eleri Ann Evans) and the author of New Techniques for the Bass Clarinet, Henri Bok was made a Knight in the Order of the Netherlands Lion by King Willem Alexander in 2014.

Saxophonist Eleri Ann Evans completed her Ph.D. research into unconventional saxophone performance techniques at the University of Huddersfield (United Kingdom). Her research and her own performance both encompass the development of existing saxophone playing techniques and the formation of new techniques which broaden the capabilities of the instrument. She is an expert in the field of microtonality, and has given performances and lectures which incorporate the subject in North and South America, Asia, and Europe. She has formed duo Hevans, together with bass clarinettist Henri Bok, an ensemble which provides both musicians with the opportunity to progress the playing techniques of their instruments and to foster innovative single reed music with composers from around the world.