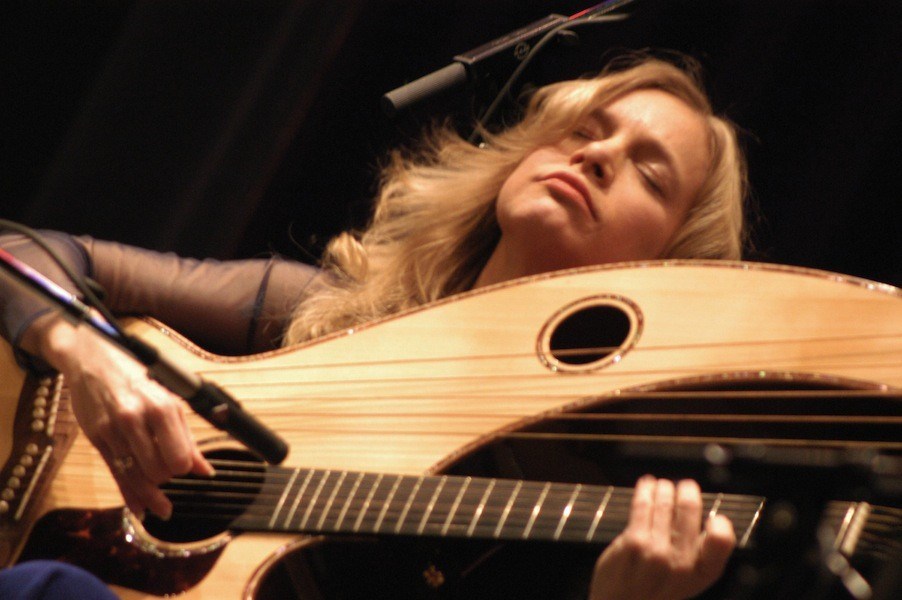 One of the world’s foremost fingerstyle guitarists and harp-guitarists, Muriel Anderson is the first woman to have won the National Fingerstyle Guitar Championship. Her recent CD “Nightlight Daylight” has won top honors in 11 national awards. She has performed/recorded with Chet Atkins, Les Paul, Victor Wooten and the Nashville Chamber Orchestra. Her obvious joy of music, humor and her facility across the genres of folk, classical, jazz, bluegrass and international music is revered by guitarists worldwide. An engaging performer, Muriel’s unique approach to the instrument virtually transforms the guitar into a lyrical choir, then a marching band, then a Japanese koto, then a Bluegrass band, one minute launching into a Beatles’ tune and the next, a Rodrigo concerto.