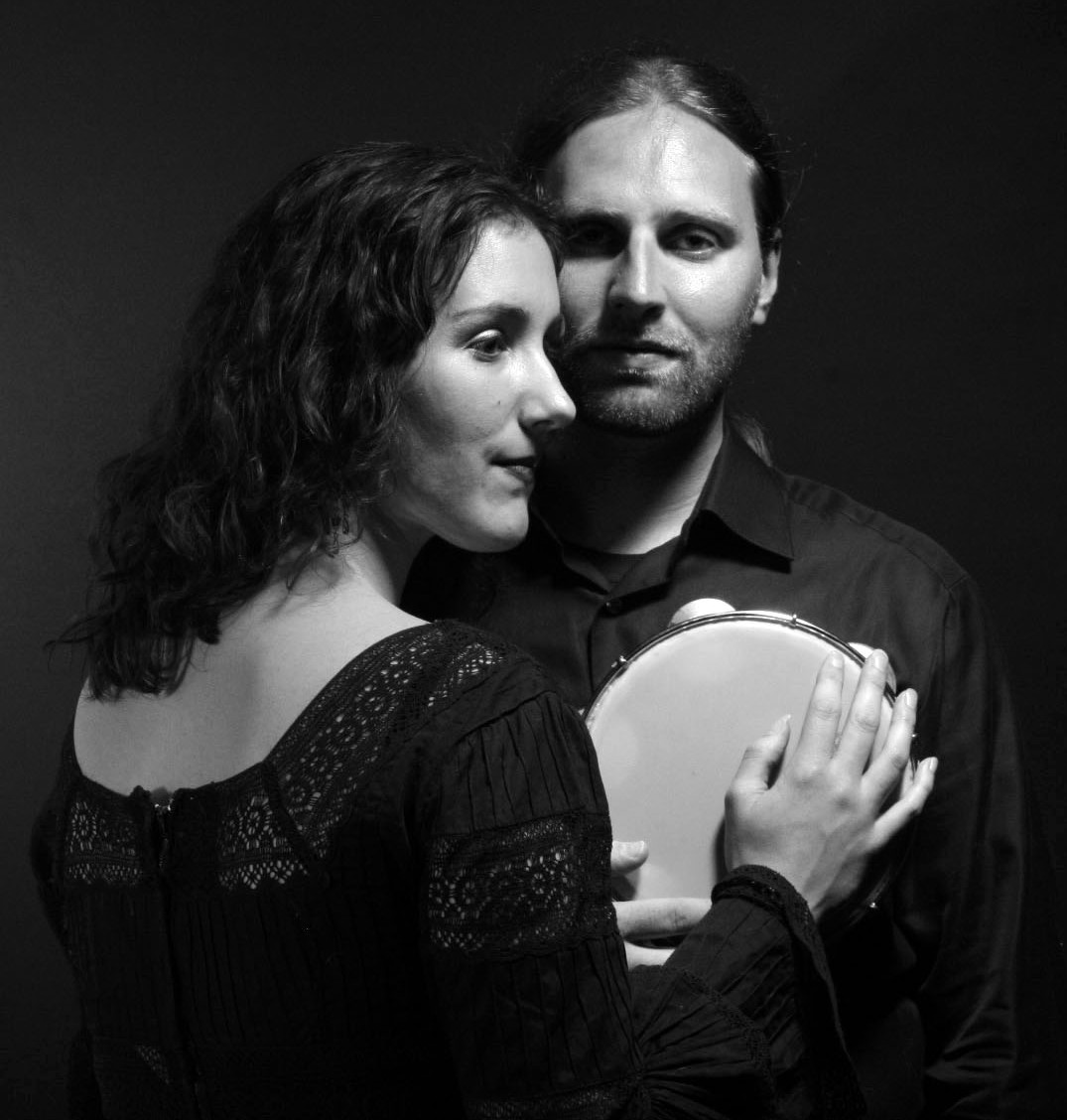 It soon became clear that these traditions tend to favor the voice as a melodic instrument and percussion more in as accompaniment. The duo realized that for Aurora Borealis to be a true “duo” that the nature of their repertoire must then support each instrument equally. This realization has led Du Mouchelle and Solook into close relationships with many American composers, primarily through commissioning new works. Their first commission was a work by Bruce Adolphe titled Da Boo. Da Boo, structured upon made up nonsensical text, plays with the concept of jazz scat. In this respect, the marimba and voice speak together without the limitations of literal meaning.

Last season Aurora Borealis performed the West Coast Premiere of Reynolds’ Justice, a chamber opera for soprano, percussionist, actress and computer musician. Reynolds builds a three-dimensional model of the heroine Clytemnestra, where soprano, actress and percussion melt together to form the layers of her distressed mind. Justice explored the relationship of voice and percussion from an intuitive emotional standpoint, while exploring the sonic relationship between percussive instrumentation and percussive speech. The most recent composer/ensemble collaboration of Aurora Borealis explores a new sonic relationship between voice and percussion. In Ignota, composer Bryan Christian and computer music engineer William Brent have developed an entirely new language, based upon a spectral analysis of the formants of both instruments, which was encoded in new software developed by Dr. Brent. This new language, one that voice and percussion can speak with equal ease and clarity, offers the duo an exciting new mode of conversation. Their performances have taken them throughout the world, from New York to Los Angeles, Egypt, Cameroon, and even the remote villages of Papua New Guinea. Upcoming engagements include the World Premiere of Ignota.

This programming was made possible with the support of the Alice M. Ditson Fund.

Students and guests are invited to the free composers forum with our performers on February 3rd at 12:00 PM (same location).