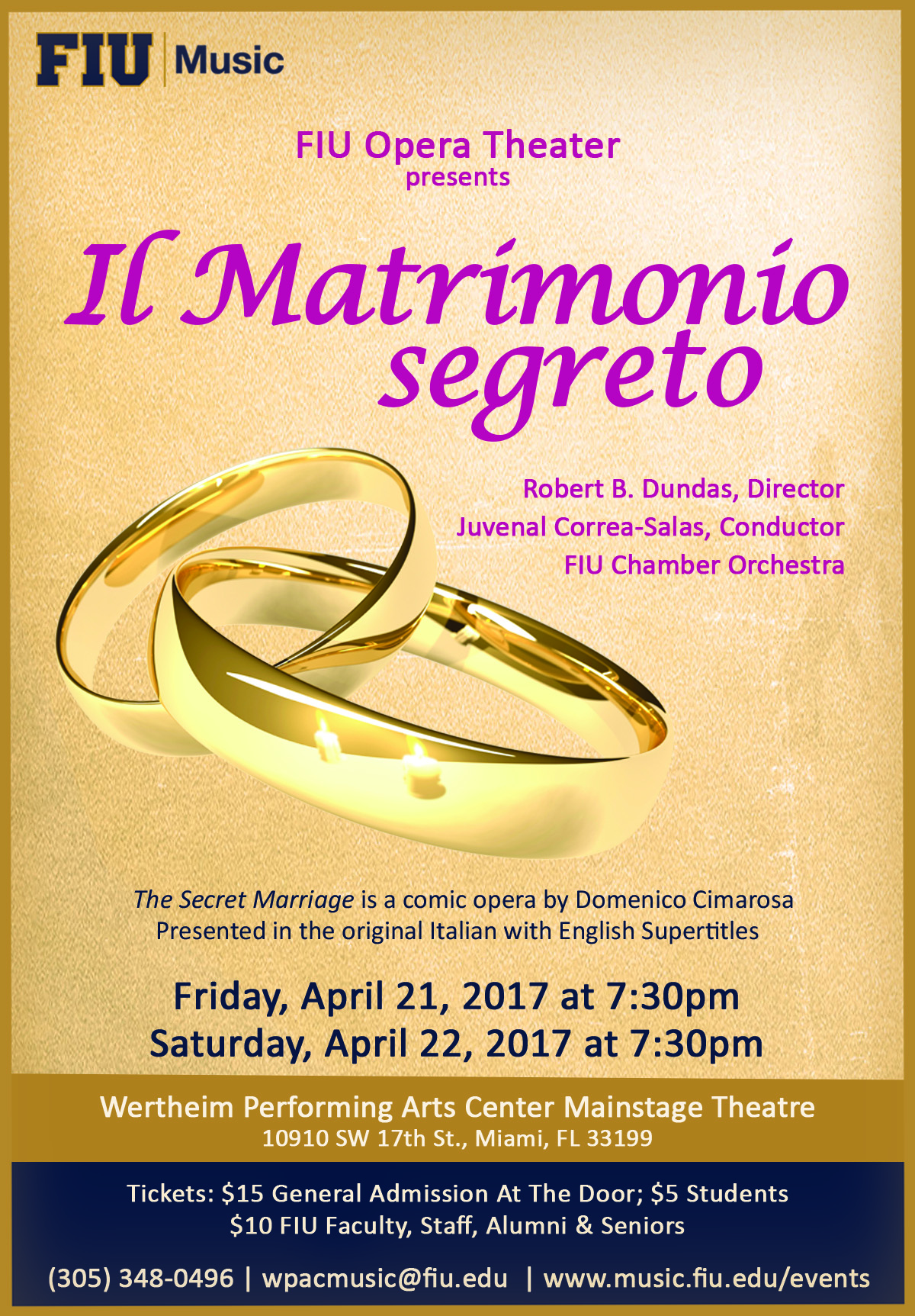 The FIU Opera Theater presents Domenico Cimarosa’s Il matrimonio segreto (The Secret Marriage). This delightful opera buffa is credited as experiencing the longest encore in operatic history. It tells the story of a rich merchant who hopes to get his two daughters married into the nobility, not realizing that one of them is already secretly married. The story is inspired by the comedies of Goldoni and characters from commedia dell’arte. The production will be directed by Robert B. Dundas and conducted by Juvenal Correa-Salas, leading the FIU Chamber Orchestra. It will be presented in the original Italian with English supertitles.