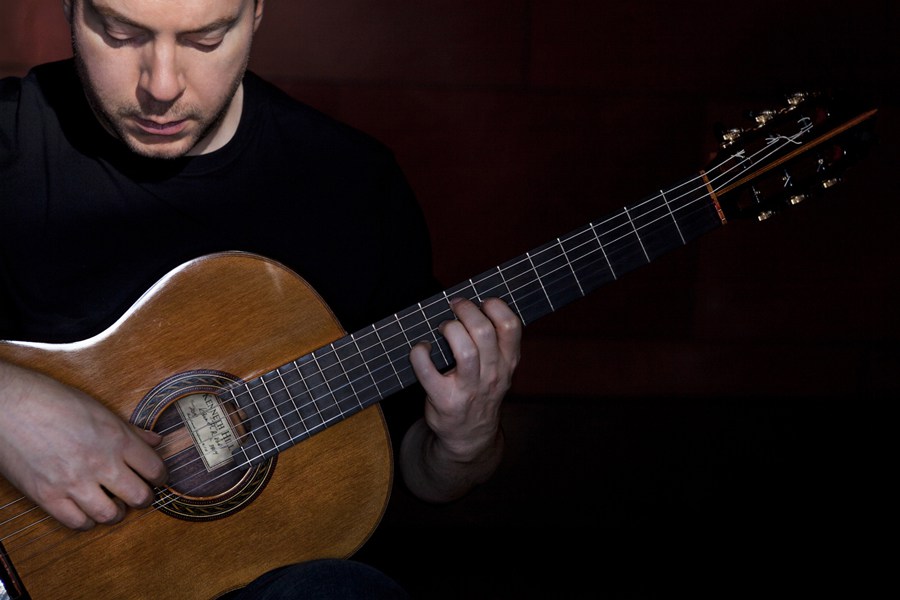 Taught by the festival artists, the MIGF Masterclasses offer students of all ages and levels a friendly and highly informational learning environment, but there are only 24 spots, don’t wait long to enroll in the masterclasses.

Each class is limited to five students and each student receives about 30 minutes with the teacher, including the performance and lesson time. Enrollment fee for each masterclass is $60 and you can enroll for multiple masterclasses.

All masterclasses are free and open to the public for viewing. All students enrolled in masterclasses will be acknowledged in the Festival Program and each student enrolled and performed in a masterclass will receive a Certificate of Achievement signed by the teacher.

As a composer, Hirschelman’s compositions reflect a fusion of musical influences. They range from classical to metal, creating a unique style of hybrid music hailed by critics and audiences alike. In addition to performing his own works, he has been commissioned by renowned musicians and received top accolades for his composing. The Grammy® award-winning recording Guitar Heroes includes Hirschelman’s composition “Lament and Wake”, performed by the preeminent Los Angeles Guitar Quartet. Peter B. King, music critic of the Post Gazette, described it as a “poignant, stirring six minutes of music.” He also wrote a Chinese influenced piece for guitarist Xuefei Yang, which received widespread acclaim, and his compositions are included in the new edition of the seminal classical guitar book Pumping Nylon. He has composed numerous solo and ensemble works for guitar, which have been performed throughout the world.

His recording Water in Darkness contains original and contemporary solo guitar works and duets with guitarist Scott Tennant. It was released to rave reviews, being called “complex and breathtaking” by Music Connection, “delightful and virtuosic” by American Record Guide, and a “two-handed symphony” by Minor 7th. He has been featured in guitar’s foremost publications, including Classical Guitar, Acoustic Guitar, Premiere Guitar and Guitar Player. Hirschelman worked closely with the renowned boutique guitar company Circa Guitars to create his Signature Model steel-string acoustic guitar. This artistic foray led to one of the first steel-string guitars developed for classical nylon-string players.

Hirschelman is known for his intense and emotionally impactful performances. After giving a recital at the Guitar Foundation of America Festival, Joseph Mayes of Soundboard wrote “When the concert began, I was mesmerized. Not only does Hirschelman have the technique to play anything he wants to, but his compositions are interesting and attractive.” Musical performances have taken him throughout Europe and North America and he has been a top prize winner in multiple guitar competitions, including the renowned Stotsenberg International Guitar Competition.

As an educator, Hirschelman is frequently in demand for masterclasses and workshops. He has served on the faculty at several colleges, including the Musicians Institute (GIT), and currently runs a thriving private teaching studio. Hirschelman is the author of Acoustic Artistry: Tapping, Slapping, and Percussion Techniques for Classical & Fingerstyle Guitar, published by Hal Leonard Corporation. Its international popularity has quickly grown, and as a result it has been translated to multiple languages by De Haske Publications, Europe. In 2016, Hal Leonard will publish his new book Classical Guitar Chops, which analyzes guitar technique throughout the history of classical guitar repertoire.