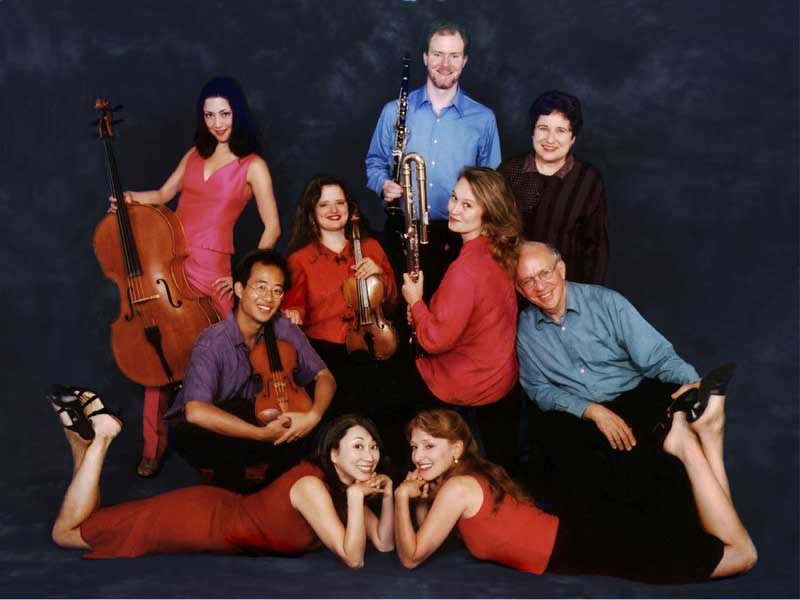 “Simply put, there is no musical organization in New York that produces more intellectually enticing or more viscerally satisfying programs than Continuum… Year after year, its explorations in 20th-century repertory prove to be not only unusual and unexpected but also important and enduring… This ensemble has a long history of acting in behalf of composers whom others discover years or decades later.” – The New York Times

Internationally-known Continuum, directed by Cheryl Seltzer and Joel Sachs, created a unique role in musical life through its pioneering retrospectives — 135 different concerts in New York City from 1967 to 2011, each devoted to an individual masters of the past 100 years or major theme. Continuum also has presented concerts and mini-residencies for decades at colleges, universities, for music societies, and in other contexts throughout the United States and Puerto Rico, and toured frequently in Europe, the former Soviet Union, South America, Mexico, and Central and Eastern Asia. It has appeared at major festivals in Azerbaijan, Brazil, Bulgaria, China, Denmark, France, the Georgian Republic, Germany, Indonesia, Kazakhstan, Luxembourg, Mexico, Mongolia, Switzerland, Tajikistan, Ukraine, Uzbekistan, and Venezuela. All these activities earned the group the Siemens international award for distinguished service to music and four ASCAP-Chamber Music America Awards for Adventuresome Programming.  Its many recordings include portrait recordings of American masters Henry Cowell, Robert Erickson, Charles Ives, Leon Kirchner, Conlon Nancarrow, Ruth Crawford Seeger, Roberto Sierra, and Virgil Thomson, Azerbaijan-born Oleg Felzer, and Ukrainian-born Leonid Hrabovsky and Valentin Bibik, on Naxos, Bridge, New Albion, Nonesuch, Advance, Capstone, CRI, Cambria, TNC, Mutable, and Musical Heritage Society labels.    Continuum also has recorded for nationwide American radio broadcast, for stations in the UK, Germany, France, and Slovakia, and has made films for CBS-TV and the educational network. Continuum’s third CD of the music of Roberto Sierra will be released by Naxos this Spring.

Described as “enthralling” by the Los Angeles Times, Stephanie Griffin is an active classical, contemporary and avant-jazz violist and composer. She recently received the 2017 Emerging Composer Fellowship from the Jerome Foundation and the 2016 New York Foundation for the Arts composition fellowship. She performs internationally as a soloist and with the Momenta Quartet, Continuum, and the Argento Chamber Ensemble, was a 2014 Fellow at Music Omi, and serves on the faculty of Brooklyn and Hunter Colleges. She holds a doctorate from the Juilliard School where she studied with Samuel Rhodes and has recorded for Tzadik, Innova, Albany, and Naxos Records.

Clarinetist Moran Katz won all top prizes of Houston’s 2013 Ima Hogg Competition, first prize in the Freiburg (Germany) and second in the Beijing International Clarinet Competitions. She has performed internationally as soloist with orchestra, has given major recitals in Washington D.C., Chicago, New York, and Berlin, and played chamber music in the Marlboro Music Festival and at major venues in France, Ireland, Germany, and Switzerland. Born in Israel, she received BM and MM degrees and an Artist Diploma from The Juilliard School. Ms. Katz was a member of Ensemble ACJW, a joint program of Carnegie Hall, The Juilliard School, the Weill Music Institute, and the NYC Department of Education, is a member of Carnegie Hall’s Affiliate Ensemble Decoda, and a co-founder of Shuffle Concerts. She is on the faculty of Vassar College. www.katzmoran.com

CHERYL SELTZER, pianist, has been co-director of Continuum since she co-founded it in 1966. Active in contemporary music since studying at Mills College with composers Darius Milhaud, Leon Kirchner, and Lawrence Moss, she also holds graduate degrees in musicology from Columbia University. Ms. Seltzer made her professional debut with the San Francisco Symphony, and appears as a soloist and ensemble performer in contemporary and traditional music. She has participated in the Marlboro and Tanglewood Festivals, and numerous festivals abroad with Continuum. She is on the faculty of the Lucy Moses School of Music and Dance (New York), where she directed the Young People’s Program for ten years.  She also is an officer of the Stefan Wolpe Society, which oversees the restoration, publication, and promotion of the composer’s works, and on the working board of the Ursula Mamlok Foundation.

Selections from Phantasien, for clarinet and viola (1982) by Georg Friedrich Haas

Vienna Dreams, for clarinet, viola, and piano (1998)  by Elliott Schwartz

SUDON, for clarinet in A and piano (1999) by Frederick Kaufman

Satisfy your craving for great music and gain attendance to all 9 festival performances! Learn more at musicfestival.fiu.edu.

One hundred percent of the money raised through the FIU Disaster Response and Recovery Fund will go to helping those impacted. Please help support FIU families and keep students from the affected areas in school and progressing toward their degrees. – GIVE NOW! Join us in being #FIUstrong. Cash donations taken at the door to benefit hurricane relief.