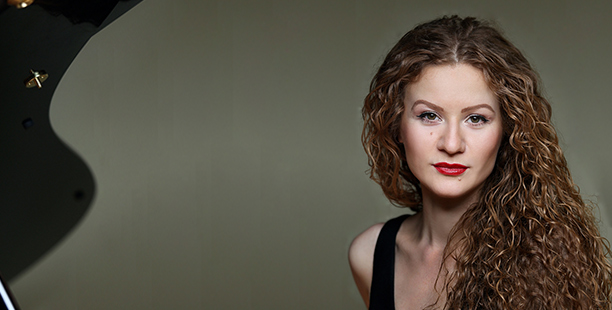 The Amernet String Quartet and famed pianist Asiya Korepanova join forces for a concert exploring the range, power and beauty of the piano quintet, both traditional and new. This is a free concert.

About the Amernet String Quartet

Asiya Korepanova is a creative force. Her virtuosity as a pianist is best defined by a supreme level of technical aptitude, combined with her acutely individualized musical interpretations. A broad and unique artist, she expresses herself through several mediums; transcription, visual arts, poetry and composition. Through exploring and combining these art forms, Asiya continually rediscovers new ways to apply her creativity. Having an extensive piano repertoire, she is most fond of performing entire piano cycles. She is currently the only pianist to perform the complete 24 Franz Liszt Etudes at the same recital, a collection of pieces notorious for their prowess and dexterity, each etude effectively serving as a symphonic poem within itself.

In accordance with this passion, in 2017 Asiya launched ‘Festival Baltimore’, a two-week chamber music series and summer academy featuring the complete works of composers in various genres. In its first two years at the Linehan Hall of University of Maryland, Baltimore County, the festival has already solidified its reputation as a highly original musical series, both in concept and context; offering a distinctive twist on programming.

Asiya launched “Music for Minds”, a non-profit organization with a dual primary focus; bringing classical performances to children directly to their classrooms, and creating music festivals with unique programming.

This season, Asiya will be publishing her recording featuring the complete Rachmaninoff sonatas, including the first ever solo piano transcription of Rachmaninoff Cello sonata which she completed in 2014.  A special DVD of Asiya performing at the Tchaikovsky’s birthplace upon an invitation from the Russian government will also be released. In June 2019, she will be running the Festival Baltimore for the third time, collaborating with world-renowned musicians and offering versatile number of programs, each being a complete set of works of a given composer.