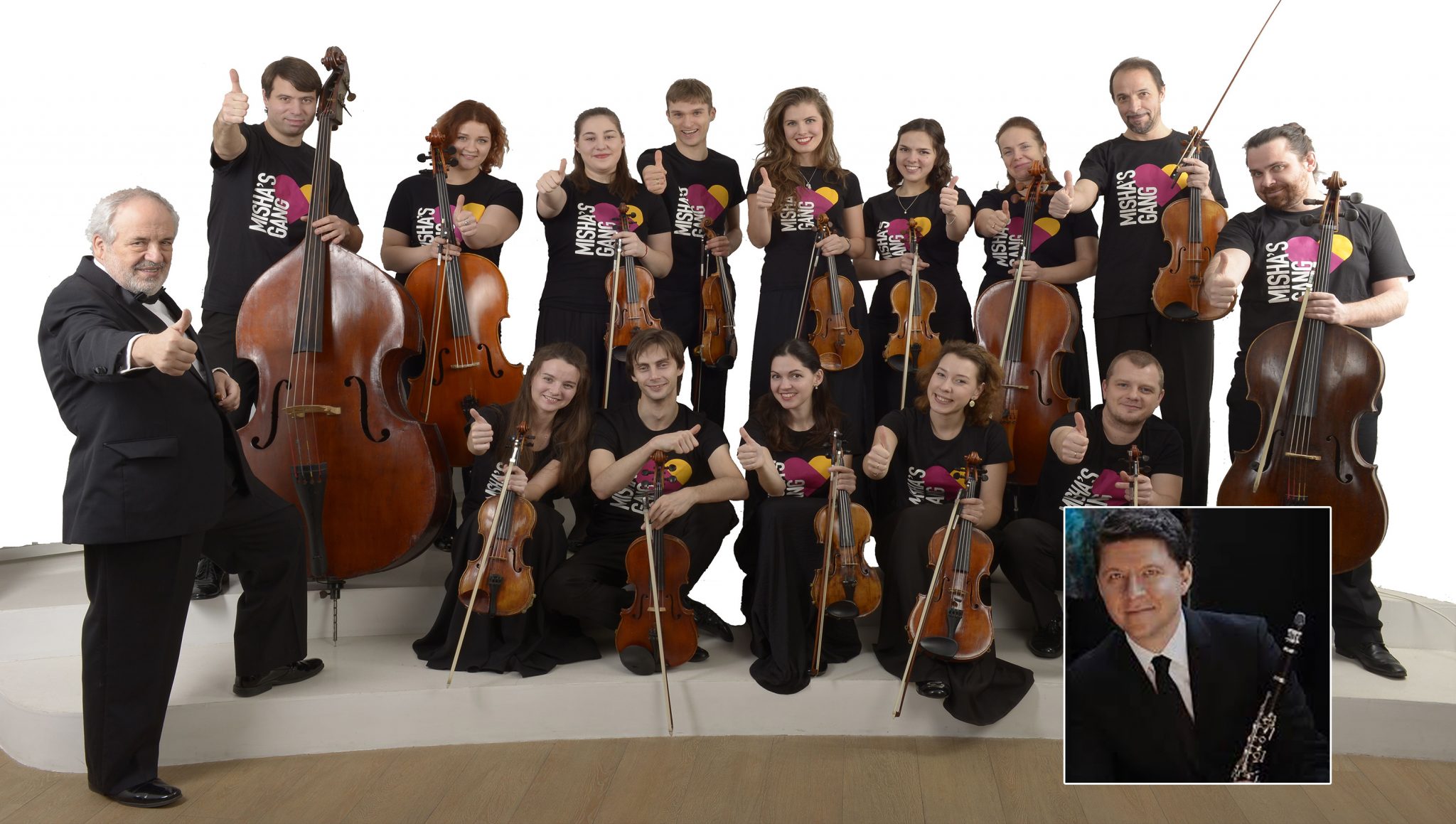 The Herbert and Nicole Wertheim School of Music & Performing Arts and the Friends of Chamber Music of Miami bring you a glorious program of classical music when Moscow’s finest young string ensemble, the Russian String Orchestra, brings its virtuosity amd warmth to the Wertheim Concert Hall. The Russian String Orchestra, formerly known as Chamber Orchestra Kremlin, has performed to acclaim under the creative mastery of its founder and music director Misha Rachlevsky. The orchestra’s discography of more than 30 CDs has received widespread accolades, such as the Diapason d’OR award in France, Critics Choice in London’s Gramophone, Record of the Year award in Hong Kong and Critics Choice in The New York Times.

Founded in 1991, the orchestra, comprised of some of Russia’s finest young string players, has carved a niche for itself under the creative baton of its founder and music director Misha Rachlevsky. Whether it is the highly-acclaimed CDs or its mesmerizing concerts, Chamber Orchestra Kremlin’s warmth and high energy create addictive performances that stay with listeners long after the last note has been played.

About half of nearly 2,000 concerts the orchestra has performed to date have taken place in Moscow, the rest were played on tours in 25 countries in North and South America, Europe and the Far East. The orchestra’s discography of over 30 CDs has received widespread international acclaim, such as the Diapason d’Or award in France, Critics Choice in London’s Gramophone, Critics Choice in The New York Times, and Record of the Year award in Hong Kong.

The signature quality of the orchestra is the depth and variety of its repertoire — over 1000 compositions from early baroque to works written on commission from Misha Rachlevsky and the orchestra by composers from Russia, Europe and the USA.  The orchestra prides itself in offering interesting and often unique programs, not only for its home audience, but on tour as well.

From Frankfurter Allgemeine, summarizing its review of the orchestra’s debut at Frankfurt’s Alte Oper: “The evening with this ensemble, which boasts to be made up of Moscow’s best musicians, completely eliminated any doubts with regard to this statement.”

Misha Rachlevsky’s lifetime affinity for chamber music and chamber orchestra repertoire began at the College of the Moscow Conservatory and the Gnessin Academy of Music. Born in Moscow, his violin studies began at the age of five and continued through the well-traveled path of the Russian school of string playing. After leaving the Soviet Union in 1973, he lived and worked in different countries on three continents, and in 1976 settled in the United States, becoming active in the field of chamber music.

In 1989, Rachlevsky accepted an offer from the city of Granada, Spain – a two-year project under which NACO became the resident orchestra of Granada while, concurrently, Rachlevsky founded and led Granada’s own chamber orchestra. In 1991, in the heady aftermath of Moscow’s momentous events of August 1991, Misha Rachlevsky found it impossible to resist an opportunity presented by Claves to record Russian works for this label. When Claves concurred with his suggestion to realize the project with Russian musicians, Rachlevsky called auditions, and Chamber Orchestra Kremlin was created.

Clarinetist Alexander Fiterstein is considered one of today’s most exceptional artists. Fiterstein has performed in recital, with distinguished orchestras, and with chamber music ensembles throughout the world. He won first prize at the Carl Nielsen International Clarinet Competition and received the prestigious Avery Fisher Career Grant Award. The Washington Post has described his playing as “dazzling in its spectrum of colors, agility, and range. Every sound he makes is finely measured without inhibiting expressiveness” and The New York Times described him as “a clarinetist with a warm tone and powerful technique.”