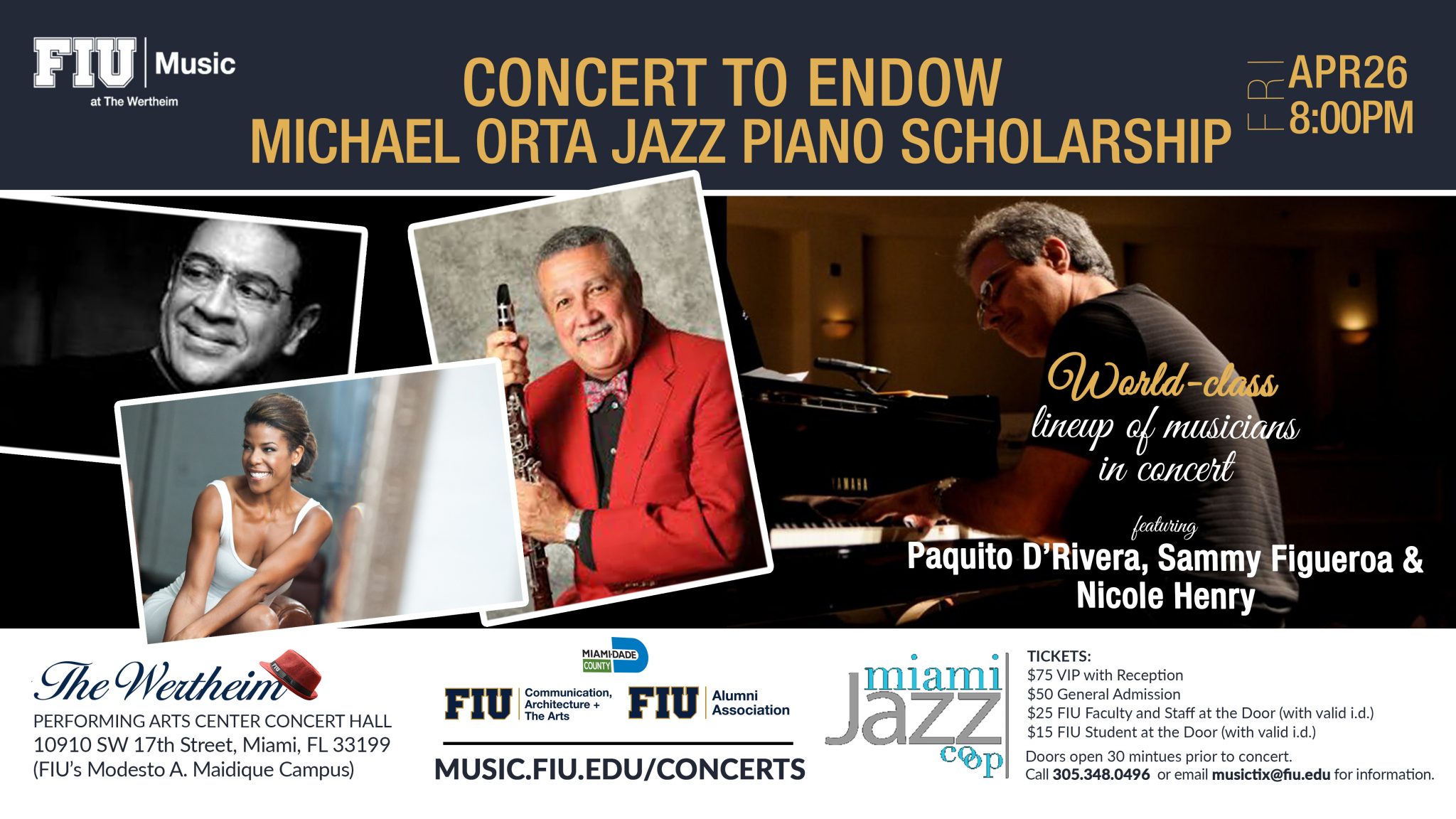 The Herbert and Nicole Wertheim School of Music & Performing Arts is joining with the Miami Jazz Cooperative to present a world-class concert to honor the late Michael Orta, longtime professor of jazz piano at FIU and a mainstay in the Miami Jazz community. Proceeds from the concert go directly to the Michael Orta Jazz Piano Scholarship Fund.

Michael Orta was a beloved faculty member from 1992 until his death in 2018. His talents as a composer, pianist, recording artist, educator, and author made him a favorite among his colleagues and students. He established himself as one of South Florida’s best jazz pianists and was regarded by many as the piano player of choice for many international artists. He won numerous competitions and performed, toured, and recorded with some major names in Jazz and was nominated for a Grammy in 2006, and again, in 2007 for a recording with Sammy Figueroa.

To make an online donation, please visit music.fiu.edu/michaelortascholarship or text FIUMusic to 41444.