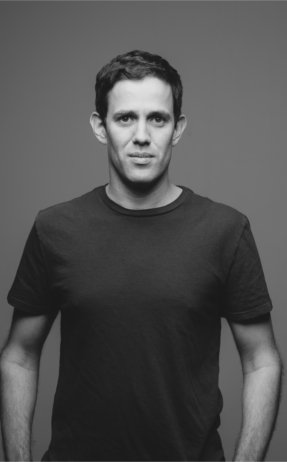 Welcome to the 5th New Music Miami ISCM Festival concert of the year featuring percussionist Greg Stuart in a performance of works by Michael Pisaro. Join us for a pre-concert discussion of works at 7:00pm, to be followed by a performance at 7:30pm.

The Herbert and Nicole Wertheim School of Music & Performing Arts celebrates its 21st year of the New Music Miami ISCM Festival, directed by FIU composer-in-residence Orlando Jacinto Garcia. The festival runs from January 17 through April 20 and includes the presentation of music by composers from around the world, many of whom are present to discuss their music for FIU students and audiences. The festival has continued to expand, featuring new music concerts for acoustic and electro-acoustic instrumentations. Performances are free and open to the public.

Greg Stuart is a percussionist whose work draws upon a mixture of music from the experimental tradition, Wandelweiser, improvisation, and electronics. His performances have been described as “a ghostly, gorgeous lesson in how close, concentrated listening can alter and enhance perception” (The New York Times).

An active performer, he has appeared at numerous festivals and notable venues presenting experimental music including MaerzMusik (Berlin), Café Oto (London), Cha’ak’ab Paaxil (Mérida), Issue Project Room (New York), The Wulf (Los Angeles), and Non-Event (Boston) among many others. He has recorded for Edition Wandelweiser, Gravity Wave, Erstwhile, New World, Cathnor, Accidie, L’innomable and Senufo Editions. He is currently an Assistant Professor at the University of South Carolina School of Music in Columbia, SC where he teaches experimental music.

Composer Michael Pisaro was born in Buffalo in 1961. He is a composer and guitarist, and a member of the Wandelweiser Composers Ensemble. He has composed over 80 works for a great variety of instrumental combinations, including several pieces for variable instrumentation. A particularly large category of his works is solo works, notably a series of 36 pieces (grouped into 6 longer works) for the three-year, 156-concert series organized by Carlo Inderhees at the Zionskirche in Berlin-Mitte from 1997-1999. Another solo piece, pi (1-2594), was performed in installments by the composer on 15 selected days in February, 1999, in Evanston, Illinois, and in Düsseldorf in 2000-2001.

His work is frequently performed in the U.S. and in Europe, in music festivals and in many smaller venues. It has been selected twice by the ISCM jury for performance at World Music Days festivals (Copenhagen,1996; Manchester, 1998) and has also been part of festivals in Hong Kong (ICMC, 1998), Vienna (Wien Modern,1997), Aspen (1991) and Chicago (New Music Chicago, 1990, 1991). He has had extended composer residencies in Germany (Künstlerhof Schreyahn), Switzerland (Forumclaque/Baden), Israel (Miskenot Sha’ananmim), Greece (EarTalk) and in the U.S. (Birch Creek Music Festival/ Wisconsin). Concert length portraits of his music have been given in Munich, Jerusalem, Los Angeles, Vienna, Brussels, Curitiba (Brazil), Berlin, Chicago, Düsseldorf, Zürich, Cologne, Aarau and elsewhere.

Most of his music of the last several years is published by Timescaper Music (Germany). Two CDs of his work have been released by Edition Wandelweiser Records. He has performed many of his own works and those of close associates Antoine Beuger, Kunsu Shim, Jürg Frey and Manfred Werder, and works from the experimental tradition, especially John Cage, Christian Wolff, Robert Ashley and George Brecht.

Before joining the composition faculty at CalArts, he taught music composition and theory at Northwestern University from 1986 to 2000.