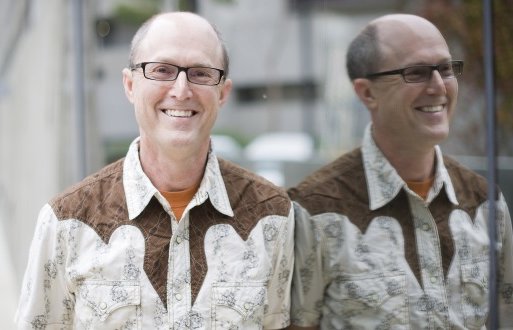 Welcome to the 4th New Music Miami ISCM Festival concert of the year featuring the music of composer Rand Steiger. Join us for a pre-concert discussion of works at 7:00pm, to be followed by a performance at 7:30pm. Listen to compositions performed by members of the NODUS Ensemble, FIU’s contemporary music ensemble. This concert is free, and no ticket is required.

The FIU School of Music celebrates its 21st year of the New Music Miami ISCM Festival, directed by FIU composer-in-residence Orlando Jacinto Garcia. The festival runs from January 17 through April 20 and includes the presentation of music by composers from around the world, many of whom are present to discuss their music for FIU students and audiences. The festival has continued to expand, featuring new music concerts for acoustic and electro-acoustic instrumentations.

NODUS is the professional contemporary chamber music ensemble in residence at Florida International University in Miami (FIU). Specializing in the cutting edge Art music of our time, the makeup of the ensemble varies for each concert depending on the works being presented. The ensemble’s repertoire includes recent music by composers from around the world, works written specifically for the ensemble, and works with electronics and/or video.

Throughout his career, Steiger has been involved in computer music research, having held three residencies at IRCAM, and enjoying a long fruitful collaboration with Miller Puckette, the leading computer music researcher of his generation. He was Composer-in-Residence at the California Institute for Telecommunications and Information Technology from 2010 to 2013.

Many of Steiger’s works combine orchestral instruments with real-time digital audio signal processing. They also propose a hybrid approach to just and equal-tempered tuning, exploring the delicate perceptual cusp between a harmony and a timbre that occurs when tones are precisely tuned. Some examples of works deploying these techniques include: Ecosphere, developed during residencies at Ircam and premiered by the Ensemble Intercontemporain in Paris; Traversing, written for cellist Mathew Barley and premiered by the Southbank Sinfonia in London; Cryosphere, premiered by the American Composers Orchestra at Carnegie Hall, A Menacing Plume, premiered by the Talea Ensemble in New York, and the Coalescence Cycle, premiered on a portrait concert at Miller Theater in New York by the International Contemporary Ensemble in 2013. He is currently working on string quartets with electronics for the Flux and JACK quartets.

Steiger was also active as a conductor specializing in contemporary works until deciding in 2010 to concentrate entirely on composition. He lead a series of critically acclaimed concerts with the Ensemble Sospeso in New York City in the early 2000’s, and with the California EAR Unit at the Los Angeles County Museum in the 1980’s and 90’s. Among other groups he conducted were the Arditti Quartet, Aspen Chamber Ensemble, La Jolla Symphony, Los Angeles Philharmonic New Music Group, New York New Music Ensemble, and the Nouvel Ensemble Contemporain (Switzerland).

His compositions and performances are recorded on the Centaur, CRI, Crystal, Einstein, Koch, Mode, New Albion, New Dynamic, New World, Nonesuch, and Tzadik labels. Recent works for instruments and electronics are available on Ecosphere a portrait CD/DVD on EMF, and A Menacing Plume, a portrait CD on New World Records.

Steiger is a Distinguished Professor, and holder of the Conrad Prebys Presidential Chair in the Music Department at U.C. San Diego, and is a 2015 Guggenheim Fellow. In 2009, he was a Visiting Professor at Harvard University.