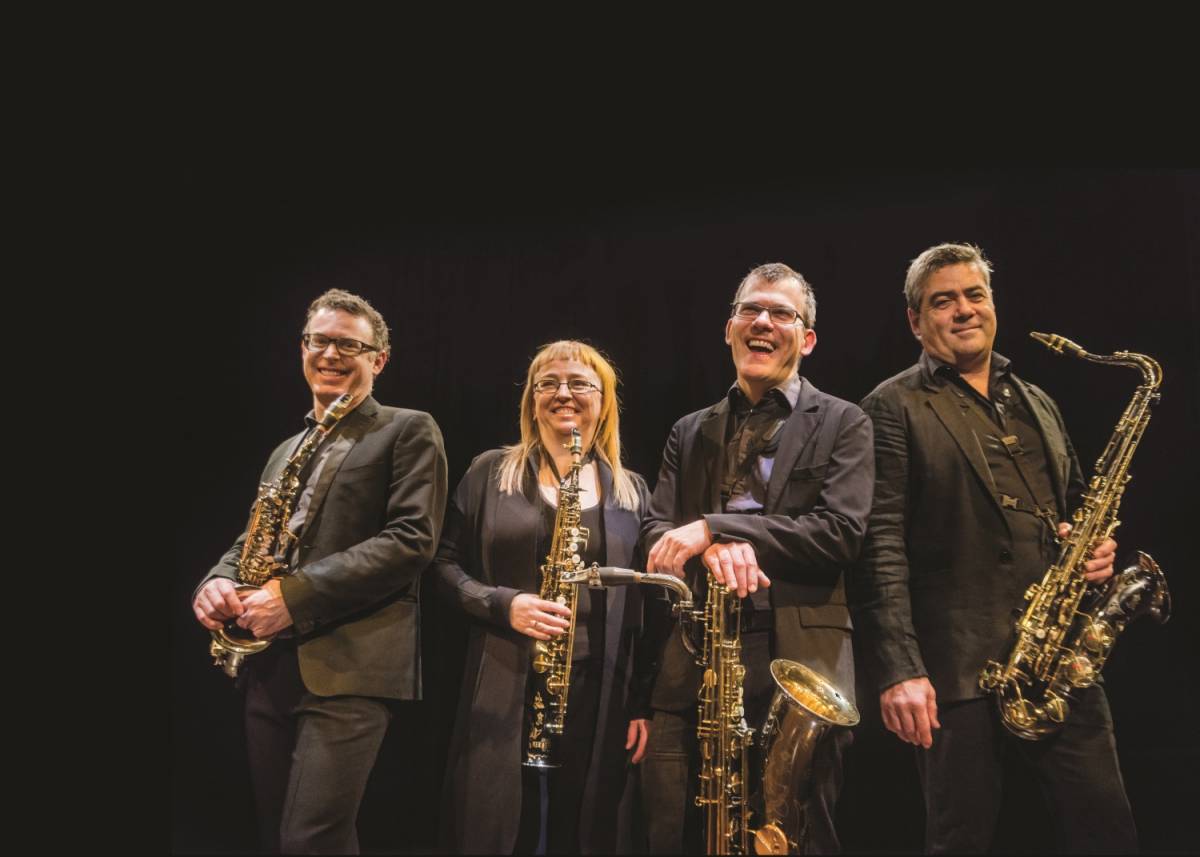 Welcome to the fifth New Music Miami Festival (NMMF) concert of the year featuring the Quasar Saxophone Quartet. Acclaimed for its high energy and boldness, Quasar has, for now over twenty years, explored countless facets of musical creation including chamber music, improvisation, musical theatre and, particularly, the integration of technological developments in electronics with contemporary music, an area in which the quartet has enthusiastically found itself in a leading role. Five-time OPUS Award winners, Quasar has performed throughout Canada, the United States and Europe. Since its founding in 1994, Quasar has premiered over one-hundred works. For this festival concert, they will perform music from the U.S. and Canada.

This concert will include works by Claude Vivier, Jen Derome, Jean-François Laporte, and world premieres by Jacob Sudol and Orlando Jacinto Garcia. All NMMF festival discussions and concerts are free to the public, no ticket required.

Join us for a pre-concert discussion of works at 7:00pm,  followed by a performance at 7:30pm.

The Herbert and Nicole Wertheim School of Music & Performing Arts celebrates its 22nd year of the New Music Miami ISCM Festival, directed by FIU composer-in-residence Orlando Jacinto Garcia. The festival runs from January 16, 2019 through April 10, 2019 and includes the presentation of music by composers from around the world, many of whom are present to discuss their music for FIU students and audiences. The festival has continued to expand, featuring new music concerts for acoustic and electro-acoustic instrumentations.