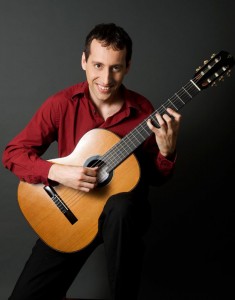 Federico Bonacossa currently serves as assistant teaching professor at the FIU School of Music. He teaches music theory and musicology courses, as well as the MIDI Technology class.

He spent his early years playing electric guitar and skateboarding before suddenly falling in love with classical music after listening to some old tapes of Bach’s Brandenburg concertos and Mussorgsky’s Pictures at an Exhibition. He studied classical guitar at the Conservatorio Statale G. P. da Palestrina in Italy before moving to the U.S. in 2001. He holds a master’s degree for the Peabody Conservatory and a doctorate from the University of Miami in classical guitar performance and music theory.  He also holds a master’s degree in music composition from Florida International University where he studied composition and electronic music.

His recent work as a composer explores various forms of interaction between live performers and the computer, the relationship between pitch and rhythm, and the transcription of spontaneous vocal gestures with the aid of the computer. In addition, he has a strong interest is computer assisted and algorithmic composition.

As a performer he is involved in promoting new music for guitar, especially works that feature electronics and is also a member of the Miami Guitar Trio.

In addition to FIU, he has also taught at the University of Miami, Miami Dade College, Barry University, and the Art Institute.