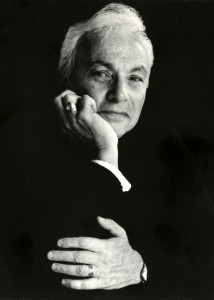 Kaufman is a former Fulbright Scholar, and author of The African Roots of Jazz, a groundbreaking study that drew heavily on his early musical life as a jazz trumpet player with the Woody Herman Band. He is the recipient of the Darius Milhaud Award in Composition from the Aspen Music Festival, and honors and fellowships from the National Endowment for the Arts, the Rockefeller, Guggenheim and Ford Foundations, the California, Montana and Pennsylvania Arts Councils as well as the Norwegian Government.Fredrick Kaufman’s Holocaust composition Kaddish which Bernard Holland of The New York Times described as “having the most expressive writing for strings to be heard today,” has been performed in the major concert halls of Europe, Eastern Europe, Scandinavia, Israel, South America, Asia and throughout the United States.Fredrick Kaufman recently completed the Guernica Piano Concerto for concert pianist Kemal Gekic and the Czech National Symphony Orchestra. The premiere performance took place at the Sibelius Concert Hall (Feb, ’13) in Prague and was a spectacular success. It received 4 curtain calls and a review that called the work “a masterpiece…extraordinary… a convincing, emotional, passionate, vivid piece of music”… Music Review, Prague…”is a composition written in the soul”…Sonorama magazene (Spanish)…”exciting, unusual and riveting”…Babysue magazene. The concerto was recorded in Prague and released on the Navona label by Naxos in July, 2013 (see credits).His works have received prizes at international competitions and have been selected for performances at festivals such as the Aspen Music Festival, the Telluride Chamber Music Festival, the Music Festival of the Hamptons, the Sarasota Music Festival, the Israel Festival, the Darmstadt Festival for New Music, the International Arts Festival in Vilnius, Lithuania, and the St. Cyprien International Festival of the Arts in France.

Critics from the New York Times; the Newark Star-Ledger, the Philadelphia Inquirer, the Miami Herald, the Jerusalem Post, the London Times, the Perpignan Independent and other newspapers around the world have described Kaufman’s music as striking, individual an interesting combination of overwhelming pathos and infectious joy, brought one into the realm of musical genius.

In 1985, the Statue of Liberty committee commissioned Fredrick Kaufman to write a choral work Mother of Exiles, for the re-dedication ceremonies of the Statue of Liberty. The composition was premiered by the United Nations Chorus at the ceremony and was broadcast worldwide by network television. WE THE PEOPLE 200 of the City of Philadelphia commissioned Kaufman to write his 5th Symphony, “The American”, in 1987 for the 200th anniversary celebration of the Constitution. Maestro Kaufman conducted the premiere performance which was nationally broadcast on NBC-TV. Over the past 10 years, Kaufman has been called upon repeatedly to conduct his compositions around the world.

His latest multi-cultural works have received overwhelming praise in the press. His Kaminarimon (for Taiko drums and Flamenco dance) has been called “remarkable” and “stunning” and was voted as ?the number one classical composition of 2002 and “the most imaginative new work of the year” by, music critic, James Roos of The Miami Herald. His recently commissioned work Yin & Yang: A Dialogue for Two Grand Pianos, was launched and lauded by critics in New York and Miami, where it received its world premiere. String Quartet #6, “The Urban” was called “stunning” by New Yorker Magazine. The Urban Quartet was nominated by Lulkas Foss in 2007 for a Pulitzer Prize.

The points of departure for Kaufman’s writing are often gestures and sound imagery from his own wide ranging background which includes jazz and Eastern European Jewish folk traditions and a foundation deeply steeped in the classics as well as the avant garde. Kaufman continues to stretch the boundaries of standard approaches to composition and the results have been startling.

Fredrick Kaufman currently resides in Miami Beach where he holds the distinguished position of Professor Emeritus in Composition at Florida International University. Prior to that he held the position of Composer-in-Residence for the University, a position that was created specifically for him. Professor Kaufman was the founding Director of the Herbert and Nicole Wertheim School of Music & Performing Arts for ten years and established its internationally acclaimed FIU Music Festival. He was formerly Academic Dean of the Philadelphia College of the Performing Arts and a faculty member at the University of Wisconsin, the University of Montana at Billings, the University of London and the Rubin Academy of Music in Jerusalem, Israel. Kaufman is the founder and former Artistic Director of the St. Cyprien International Festival of the Arts held in St. Cyprien, France.