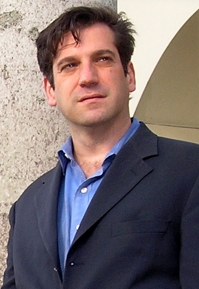 After violin studies with Kenneth Sarch, Sarah Scriven, and Roman Totenberg, Joel Galand matriculated at Yale University, where he earned the B.A., M. Phil., and Ph.D. degrees. He is Associate Professor of Music Theory, Graduate Program Director, and Assistant Chair for Academic Affairs in the School of Music at Florida International University.

He has taught previously at Yale, Notre Dame, the University of Rochester. Department of Music, and the Eastman School of Music. He is a past editor of The Journal of Music Theory and a past recipient of the Society for Music Theory’s Young Scholar Award. He currently serves on the Editorial Board of the Kurt Weill Edition.

His articles and book chapters have appeared in Music Theory Spectrum, The Journal of Music Theory, Intégral, Current Musicology, Notes, Schenker Studies III (Hildesheim: Georg Olms, 2006), and The Kurt Weill Newsletter. His research interests include Schenkerian theory, eighteenth-centurytheory and aesthetics, theories of musical form, and, more recently, the music of Kurt Weill. Galand’s critical edition of Kurt Weill and Ira Gershwin’s previously unpublished operetta, The Firebrand of Florence, has appeared as part of the new Weill Edition. The edition has been recorded by Sir Andrew Davis and the BBC Orchestra (Capriccio 60-091) and has been performed in London, Vienna, Dessau, and New York––the first performances since 1945. He is a recipient of several awards and fellowships, including, most recently, a National Endowment for the Humanities Summer Stipend for a book-in-progress on Weill’s American stage works for Yale University Press’s Broadway Masters series.