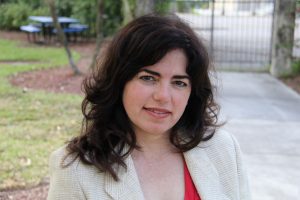 Karen Fuller is an accomplished educator, concert producer, arts administrator and artist manager. Prior to her current position as coordinator of the Music Business Program in the School of Music, she worked for Pace Theatrical Group/National Broadway Touring Circuit and the Broward Center for the Performing Arts producing touring shows and educational outreach productions. Most recently, she was the Associate Dean of Advancement for the FIU’s College of Architecture + The Arts. Professor Fuller has presented papers in major national and international conferences such as the Midwest Band and Orchestra Clinic, the International Association for Jazz Educators, and the International Conference on Arts and Humanities. She has published papers and remains an active producer and arts manager.

She is currently a member of the Association of Arts Administration Educators, Association of Performing Arts Presenters, and Chamber Music America, as well as many others. She has been awarded numerous grants for producing concerts, events and festivals. Fuller is an accomplished flamenco dancer and has studied flamenco under famed artists, Rosa Mercedes, Beatriz Gonzalez, and classical training in the studio of Martha Mahr. She has toured with Pedrito Rico, Los Chavalles de Espana and Rosita Segovia throughout Europe and the United States to the rave reviews of the press. Her performance was chosen by The Miami Herald as “The Best Classical Imaginative Work and Performance of the Year (2002). The distinctive character of her performance was called “…an energetic and rhythmically exacting dancer.” The Fort Lauderdale Sun Sentinel ; “…[Fuller] had the proud spine and machine-gun rapidity in heel stomping to stir excitement.” The Miami Herald.