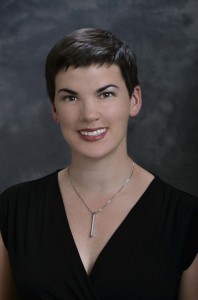 Kathryn Kelly Longo is the newly appointed Choral Director and Coordinator of Choral Studies at Florida International University where she will conduct the Concert Choir and Master Chorale, and teach undergraduate conducting courses. Since moving to Miami in 2011, Dr. Longo has worked as a clinician in many South Florida schools and conducted honor choirs in Broward and Collier counties.

Longo taught middle and high school music in Connecticut and New York for five years. She was choral director at Farmington High School in Farmington, CT, where she directed five choral ensembles and taught voice lessons. During her time as a high school music teacher, Longo and her students performed large works annually with the FHS Orchestra and sang in workshops with such clinicians as Henry Leck and Georgia Newlan. In addition to her experience at FHS, she taught middle school chorus and general music in New York City and at West Woods Upper Elementary School and Irving Robbins Middle School in Farmington, CT. An experienced choral director of all ages, Longo has also held positions with Miami Children’s Chorus and South Florida Singing Sons.

As singer and church musician, Longo has performed in a variety of academic, professional and semi-professional choruses. She was the conductor of the University of Miami Chapel Choir in Key Largo, FL and has sung with the Miami Bach Society and Temple Bet Shira in Pinecrest, FL. While living in Oregon, she sang with the Oregon Bach Festival Chorus under the direction of Helmuth Rilling, and with the Portland Baroque Orchestra under the direction of Monica Huggett. During her time in Connecticut, she worked as a section leader and soloist at First Church of Christ in Wethersfield.

Prior to her appointment at FIU, Dr. Longo received her DMA in Choral Conducting at the University of Miami Frost School of Music where she studied conducting with Karen Kennedy. While attending the University of Miami, Dr. Longo conducted the UM Women’s Chorale and Chamber Singers and was the assistant instructor for undergraduate conducting courses. She obtained masters degree in Choral Conducting from the University of Oregon under the tutelage of Sharon J. Paul, and her dual Bachelors degrees in Music and Music Education from the University of Connecticut where she studied conducting with Peter Bagley. Her training also includes master classes and lessons with a variety of conductors including Helmuth Rilling, Rodney Eichenberger, Hirvo Surva, Dan Bara, Donald Oglesby, and Theresa Coffman. Longo is an active member of the Florida Vocal Association, the National Association for Music Educators, College Music Society, and the American Choral Directors’ Association.