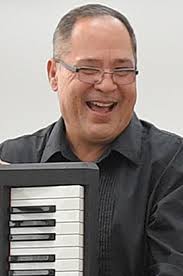 Felix Gomez graduated from the University of Miami with a Masters of Music in 2008. He has won several awards including The National Dean’s List, best soloist, and best composition at the North Texas Jazz Festival, and Outstanding Band Performance in the DownBeat Student Music Award.

In the field of music education, Mr. Gomez has been a very flexible educator, teaching several different courses including music appreciation, jazz piano, jazz arranging and improvisation at three accredited colleges and universities in South Florida. Some of these colleges and universities are Miami Dade Community College, Florida International University, and University of Miami.

To summarize, Mr. Gomez is definitely an experienced performing musician with expertise in the styles of Jazz, Classical and Latin music. He has a successful record of accomplishments as a performer and recording artist. In addition, Mr. Gomez has an extensive background as a music educator and holds major strengths in the fields of music theory, composition, arranging and performing.

Felix is presently performing with different local bands throughout South Florida, including the Debbie Taylor’s tribute band to the Carpenters, Top of the World, with whom he travels around the United States.