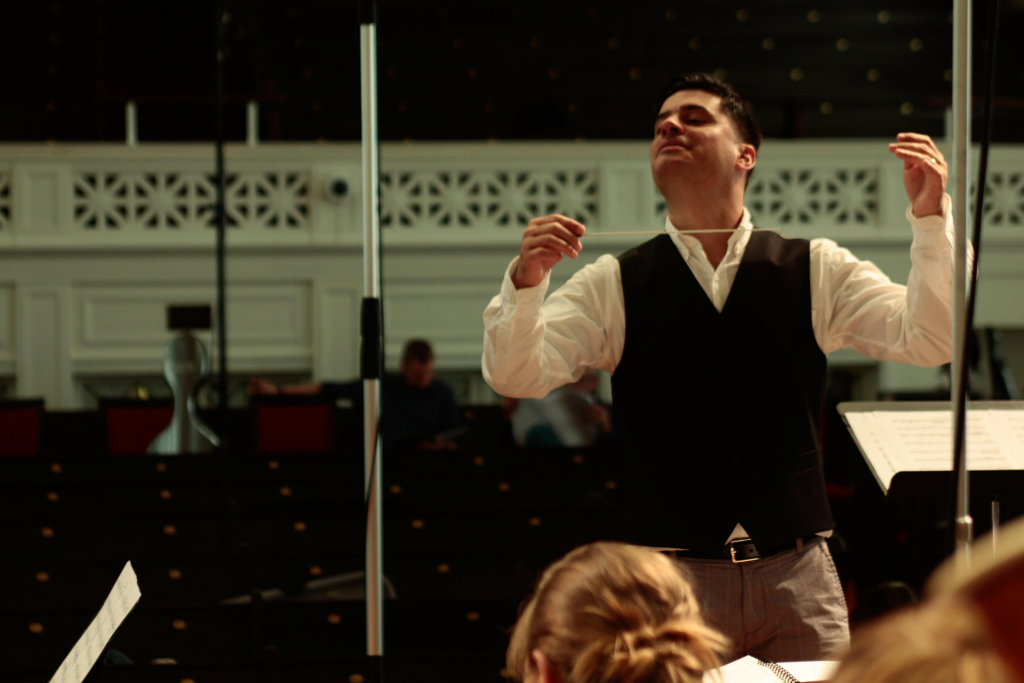 Javier José Mendoza is the Artistic Director of the Chicago Arts Orchestra. Under Mendoza’s direction the CAO has consistently been named a “Critics Pick” by Time Out Chicago and a “Recommend” by the Chicago Tribune’s John von Rhein. Early Music Today praises the CAO, “the Chicago Arts Orchestra plays terrifically,” and Steven Ritter of Audiophile Audition claims that the CAO is an “exciting group for sure.” In 2014 Mendoza led the CAO to being named “Professional Orchestra of the Year” by The Illinois Council of Orchestras. Mendoza’s work with the CAO can be heard on the albums, Al combate, and Ignacio Jerusalem: Mass in G “De los Niños,” both imprints of Navona Records, and available internationally through NAXOS. In 2017 Mendoza led the CAO on tour to Mexico City with performances at the Catedral Metropolitana, Anfiteatro Simón Bolivar, and Sala Nezahualcóyotl at the invitation of the Universidad Nacional Autónoma de México.

Mendoza is active in a movement to unearth and re-debut forgotten works from viceregal Latin America and is energetically re-premiering pieces in an effort to bring this wonderful music back into public awareness. He has presented lectures on this subject at Loyola University-Chicago, the National Autonomous University of Mexico (Chicago Campus), Virginia Tech, Instituto Cervantes, International University of Andalucía, and the Universidad Autónoma de Madrid.

Mendoza has appeared as a conductor with the CAO on the Chicago Latino Music Festival from 2015-17. American-born and trained, Mendoza performs regularly in Latin America and Europe. Guest conducting work has been with Opera Maya in Quintana Roo, Mexico where Maestro Mendoza presented the first orchestral concert performed at Tulum, one of the last cities built and inhabited by the Maya. Mendoza has performed with the CAO and Opera Maya across Mexico including performances in San Miguel de Allende, Campeche, Cancun, Playa del Carmen, and Chetumal. Other international performances have been with the State Philharmonic of Sibiu, Romania, the Camerata Antonio Soler in El Escorial, Spain, and as guest conductor at the University of Copenhagen. Recent highlights include engagements in Boliva, Chicago, and Madrid.

Mendoza is also active in training the next generation of orchestral musicians, and as such serves as the Director of Orchestral Studies at the Herbert and Nicole Wertheim School of Music & Performing Arts in Miami, Florida.