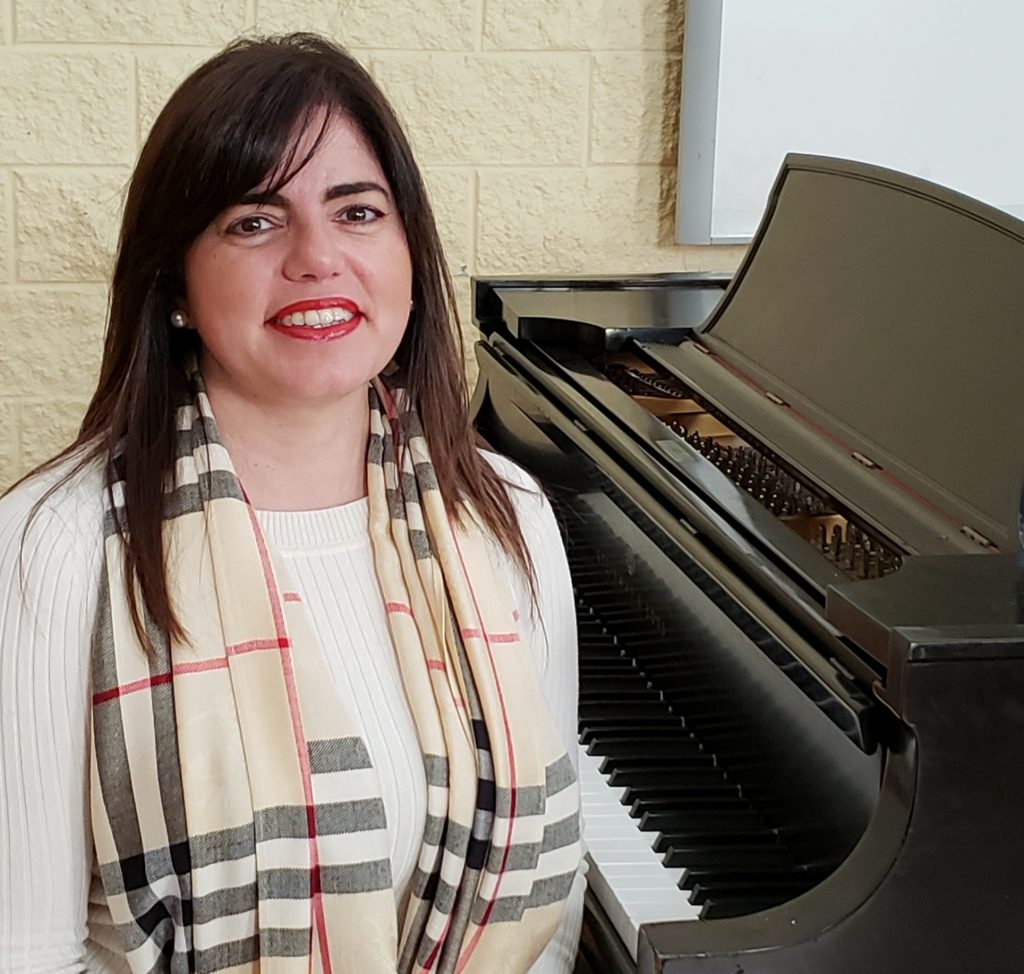 Karen S.F. Veloz is an accomplished educator, concert producer, arts administrator and artist manager. Dr. Veloz has presented papers in major national and international conferences such as the Midwest Band and Orchestra Clinic, the International Association for Jazz Educators, the International Conference on Arts and Humanities, and at the Aspen Institute. She has published papers and remains an active producer and arts manager. She holds a Master of Fine Arts Degree in Arts Administration from Florida Atlantic University (1994), and a Bachelor of Fine Arts in Performance from Florida International University (1992) and is currently pursuing a Doctorate in Public Administration with an emphasis on the non-profit perfomring arts.

She is currently a concert producer, arts administrator, grant writer, and fundraiser. She has held various faculty and administrative positions since arriving to FIU: Music Producer, Arts Manager, and Arts Administrator of the FIU Music Festival; Associate Director of Development & Undergraduate Studies, FIU School of Music; Associate Dean of Development in the College of Architecture + The Arts and currently holds the position of Director of the Wertheim School of Music at Florida Internatyional University. She has been awarded numerous grants for producing concerts, events and festivals. Veloz is an accomplished flamenco dancer and has studied flamenco under famed artists, Rosa Mercedes, Beatriz Gonzalez, and classical training in the studio of Martha Mahr. Her performance in Fredrick Kaufman’s Kaminarimon was chosen by The Miami Herald as “The Best Classical Imaginative Work and Performance of the Year (2002). The distinctive character of her performance was called “…an energetic and rhythmically exacting dancer.” The Fort Lauderdale Sun Sentinel; “…[Veloz] had the proud spine and machine-gun rapidity in heel stomping to stir excitement.” The Miami Herald. “…” riveting work, will stay withme forever. One of the most amazing mixes of multiculturalism I’ve ever encountered. A visual feast…stunning and very effective mixture of Zen-like no mind with Spanish tragic sense of life… Fuller’s dancing…grasped the audience” The Southampton Press.

Her most recent recording was a vocal spoken part in Fredrick Kaufman’s Stars & Distances on the PARMA Recordings label. She was music producer of the CD recording The Music of Fredrick Kaufman in 2013, Black Swan, 2019. She has served on numerous School of Music committees and University-wide committees such as: Curriculum Committee, Marketing Committee, School of Music Director Search, Development Committee, University 25th Anniversary Committee, FIU’s iREAL Commission Committee, and the University Undergraduate Council. She most recently served as Treasurer of the NASM, National Association of Schools of Music – Southern District

Dr. Veloz has received an extensive amount of external funding for her research in concert producing which has in turn garnered additional benefits for the School of Music faculty, students, and surrounding community.  As principal investigator for several research grants throughout the years, Professor Fuller has received over $475,000 in external government funding from the Cultural Affairs Council; $43,000 in foundation grant funding; and $200,000 in corporate sponsorships. She has served as a council and panel member for the Miami Dade Cultural Affairs Council as well as a governing board member of The Young Patronesses of the Opera where she administers a grant that produces In-School Opera programs to over 15,000 Miami Dade County Public School students. Dr. Veloz’s dissertation title is– The Impact of Governance Structures on Performance: The Case of Performing Arts Centers in the United States. She recently completed her book entitled Orchestrating the Music Business: A Look into the Nonprofit Music Industry with TopHat Publishing and is currently working on her 2nd publication with Kendall Hunt Publishing entitled Arts Management: Music and The Digital Divide about producing concerts and live music in the 21st century after the pandemic. As part of her research, Dr. Veloz most recently curated the first-ever Arts & Policy Conference at FIU discussing arts and medicine and arts and cultural funding with national leaders and policymakers.