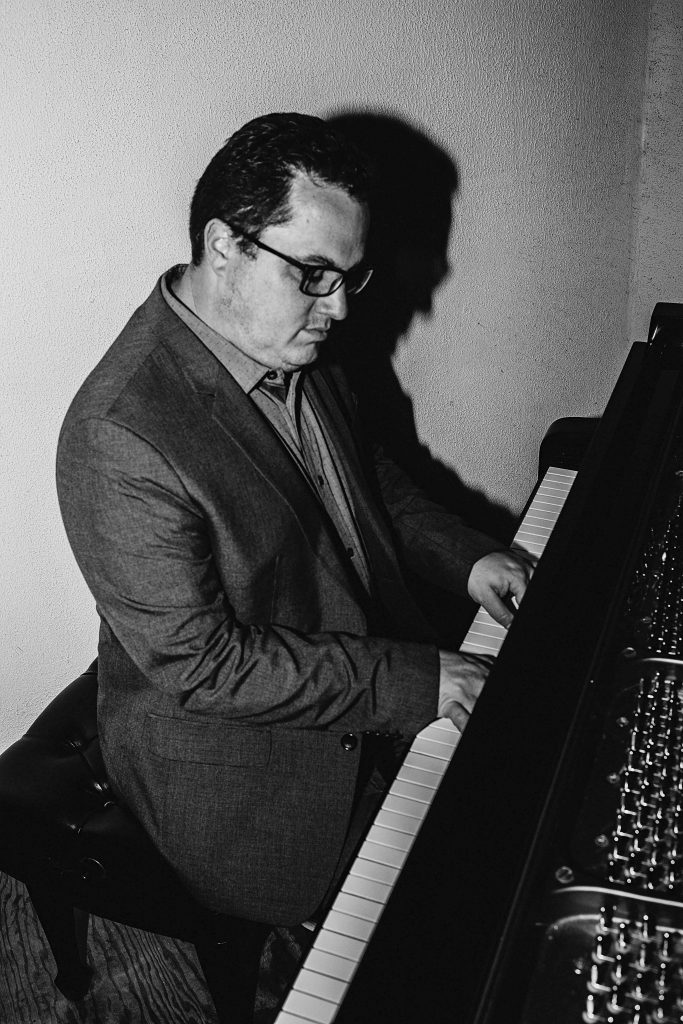 Michael Eckroth, pianist and keyboardist, is an active performer in New York
and worldwide, having worked extensively with musicians such as jazz icons John
Scofield, Ron McClure, Eliot Zigmund and Paul McCandless. Equally at home in
jazz and Latin-American music forms, Michael received a grammy nomination for
his work on the 2018 Cuban music album Orquesta Akokan, which received
rave reviews on outlets such as NPR and France’s FIP. He is also a recipient of a
PhD from New York University and a former music professor at Dartmouth
College.

Throughout a varied career which covers musical styles from jazz, R&B, pop,
salsa, Cuban music, and American and world music in general, Michael has shared
the stage with performers with as varied pedigrees as pop icon Sheena Easton and
jazz legend Scofield. In an over 15 year stint as a New York-based musician,
Michael performed on local stages everywhere from major jazz clubs like Blue
Note, Birdland, and Smalls to larger NYC venues such as Lincoln Center’s
summer stage and Joe’s Pub. On the international stage, Michael has performed in
venue and festival settings everywhere from the Hamburg Elbphilharmonie, the
North Sea Jazz Festival, Jazz al Parque and Salsa al Parque in Bogotá, SFJazz,
WOMAD festivals in the UK, Australia, and New Zealand- all over the United
States, the Americas and Europe in concert halls, jazz clubs and outdoor events.

Michael is an avid recording artist, writer and arranger who continues to
draw accolades for his work in various settings. With several solo albums to his
name, he also is called upon as a collaborator who has worked on dozens of
original-music albums as pianist, keyboardist, or musical director. Among the
many collaborations he’s brought forward are the groups La Voz De Tres (with
Jason Ennis and Natalia Bernal) and DEFtrio (with Greg Diamond), and various
productions with the broadway/R&B artist Syndee Winters. He has also worked
alongside grammy-awarded producer Jacob Plasse on a variety of popular and
world music projects as writer and arranger. He currently records as a solo artist or
collaboratively for Daptone and Truth Revolution records in NYC. His newest
album as a leader, Plena will be released in September of 2021.

Michael began his piano studies in classical music at the age of four but
only began to take music seriously as a vocation after being introduced to jazz
improvisation in high school (Phoenix, Arizona), which soon led to a long-standing
relationship with world popular music, and in particular, Brazilian and Cuban
music forms. In addition to decades of experience performing and recording jazz,
world music and American music in general, he completed a bachelor’s degree (University
of Arizona) and master’s degree(University of Nevada) while furthering a national and
international profile as a writer/pianist and becoming a family man and father of
three.

“a modern renaissance musician with the kind of insights into the music that
will surprise you.” Raul DaGama, Latin Jazz Network