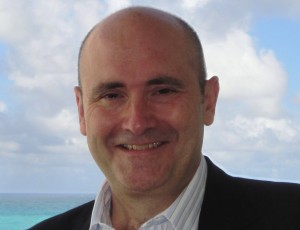 A native of Keene, NH, Prof. Dundas completed his graduate studies in Voice and Opera at the University of Iowa. Following his studies, he worked briefly as an assistant stage director under Nathaniel Merrill at the Metropolitan Opera before embarking on a career as a tenor soloist in Europe. He held full-time engagements in Annaberg, Flensburg, Freiberg, and Saarbruecken in Germany and made guest appearances at theaters in Germany, Denmark, the Czech Republic and Switzerland. His more than 40 opera roles include Almaviva, Tamino, Don Ottavio, Nemorino, Don Jose, and the Duke of Mantua as well as numerous operetta roles. Since his return to the United States, he has appeared with the Cape Cod Opera Company, the Lafayette Opera and, more recently, with the Florida Grand Opera, singing the Emperor in Puccini’s Turandot and Pete Peterson in Britten’s Paul Bunyan.

Professor Dundas remains active as a concert soloist and recitalist and has performed with the Bel Canto Society of Cape Cod, the Monomoy Chamber Music Series, the Miami Master Chorale, the Monadnock Chorus and Orchestra, the Imperial Symphony, and the Miami Bach Society. In 1999, he was the tenor soloist in a rare concert performance of Stravinsky’s Les Noces, conducted by Robert Craft. He has performed as a soloist in concerts at the National Arboretum in Washington, DC and with the National Orchestra of the Dominican Republic. In July, 2004, he was the tenor soloist in a new work, Echoes, by FIU composer, Fredrick Kaufman at the national convention of the National Association of Teachers of Singing in New Orleans. He repeated his performance at the Colorado New Music Festival in the summer of 2006. In more recent years, he has sung recitals in Italy, Austria, New England, and throughout Florida.

He has directed more than 50 operas, ranging from the early Baroque period to premieres of contemporary works.  His professional directing credits in Germany include Cimarosa’s Il matrimonio segreto at the Herrnsheimer Schlossfestspiel, Hindemith’s Sancta Susanna and Wolf-Ferrari’s Il segreto di Susanna at the Winterstein Theater in Annaberg, and Kalman’s Gräfin Mariza at the Greifensteiner Festspiel. In the United States he has directed Amahl and the Night Visitors for the West Georgia Opera Theater and Viktor Ullmann’s Der Kaiser von Atlantis and Peter Maxwell Davies’ Eight Songs for a Mad King for the FIU Music Festival. He also collaborated with the distinguished American composer Lukas Foss on a rare production of his Introductions and Goodbyes. At FIU, he has directed the premieres of new works by FIU composers Kristine H. Burns (Cricketina, 2003) and Orlando Garcia (Transcending Time, 2004). Recent productions in Miami include Handel’s Agrippina, Mozart’s Cosi fan tutte, a double-bill of Holst’s Savitri and Purcell’s Dido & Aeneas, and Mozart’s Le Nozze di Figaro.  His 2014 production of Kurt Weill’s Street Scene was lauded for being “inventive, yet intimately scaled” by South Florida Classical Review.  He was the founding Director of the Opera Institute of the Miami Music Festival, during which he directed Mozart’s Die Zauberflőte and Puccini’s Suor Angelica.  In 2019, he directed the festival’s Opera Studio production of Lully’s Armide, which was described as “clever,” “with a strong sense of immediacy and tension.”

Professor Dundas joined the faculty of the Herbert and Nicole Wertheim School of Music & Performing Arts in 1997.  He served as the Coordinator of Vocal Studies from 1997 – 2015 and as the Director of the School of Music from 2015 – 2019.  He also the founded the FIU Opera Theater.  His students have won district and regional NATS competitions and successfully entered Young Artist programs in the US, while others currently hold engagements with professional opera companies in the US and Europe.