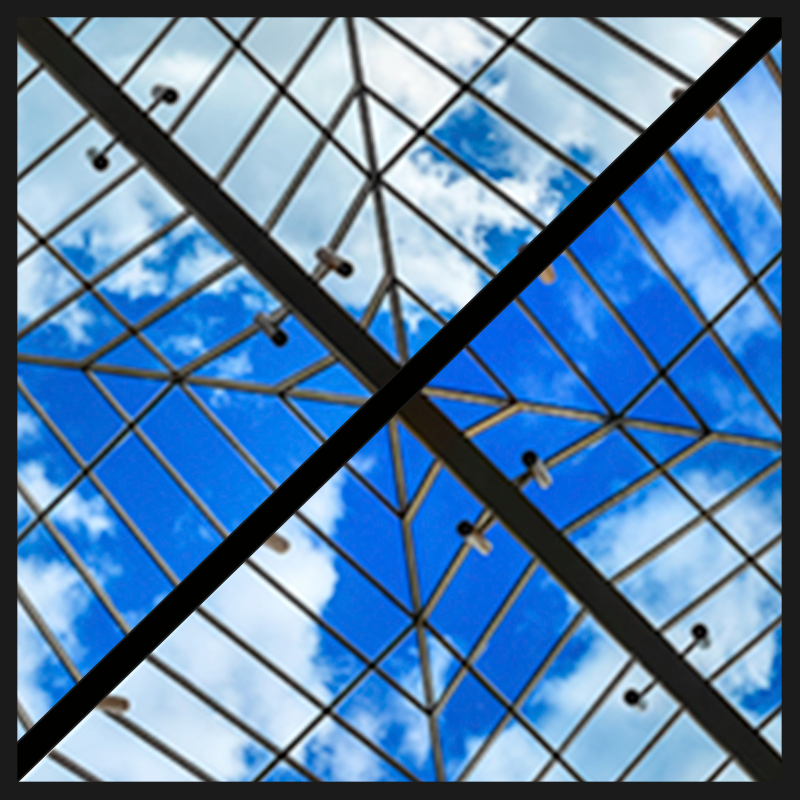 The FIU School of Communication + Journalism (SCJ)– under the College of Communication, Architecture + The Arts– inducted its first cohort into the inaugural class of the SCJ Hall of Fame in April 2019. These exceptional individuals were nominated and selected by peers in the industry because of their noteworthy accomplishments and advancement within the fields of communication, journalism, and media.

This honor is given to recognize the merit, dedication and leadership of the individual and his or her work in his or her chosen career of communication. They exhibit a high degree of character and integrity, and push the boundaries further. Evidence of excellence can be found in awards and honors for achievements, as well as other recognitions, including the impact of their work.

The Alumni Hall of Fame is designed to be the highest honor a graduate of the SCJ can attain from his or her school. Candidates should have earned their degree from the School of Communication and Journalism (or the School of Journalism and Mass Communication) not less than 10 years prior to consideration. Candidates must have attained a level of success in their chosen field of communication so that their success and significant contributions are recognized by their peers and have had a positive influence on their professions. 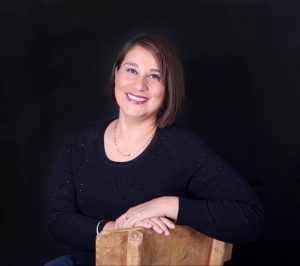 Mariana Alvarado is a bilingual journalist based in Mexico City with more than 22 years of experience producing and editing content for print and web. Currently, she is a Teaching Fellow for México and Centroamérica with Google News Lab, a Google´s worldwide initiative to encourage the quality of journalism. In her first five months as a Teaching Fellow, she has already trained more than 2,400 journalists in major Mexican cities and has led workshops in Colombia, Panamá, Costa Rica and Puerto Rico during the first trimester of 2019.

As an instructor and academic adviser at the Center for Education in Digital Journalism at the University of Guadalajara, the second largest higher learning institution in Mexico, she has prepared lesson plans and worked with active and aspiring reporters on their native digital projects. Also a contributing editor and writer with Grupo Expansion, she’s developed ties with the business community while covering international trade and collaborating with journalists to produce in-depth magazine features. Prior to that, she ran web and print business coverage for Grupo Reforma, one of the most important media outlets in Mexico. In the U.S., she wrote award-winning stories on immigration, health, border issues and international business for the Arizona Daily Star and as a contributor for publications such as La Opinión, El Oaxaqueño and the Orlando Sentinel.

Among the honors she´s received are the International Perspective Award from the Associated Press Managing Editors, the Felix Varela Annual Award of Excellence, Best of the West Immigration and Minority Affairs Award, a finalist at the Investigative Reporters and Editors and several awards by the Arizona Press Club for her coverage of undocumented immigrants dying in the desert on their way to the USA and the identification process of their remains. She´s a fellow with the Center for Health Journalism at USC Annenberg and with the Institute for Justice and Journalism. Founder of www.mural.com and www.negocios.com with Grupo Reforma. She has a Master Degree on Journalism from Florida International University and was named Outstanding Student of the Year by FIU in 2006. 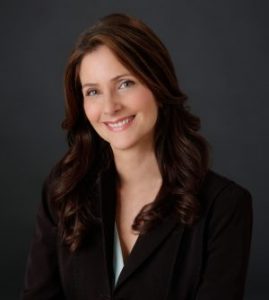 Dianne Festa is senior vice president of the News Partnerships team at NBC Universal where she leverages relationships with NBC owned and affiliated stations, as well as provides editorial content to stations and increases local participation on NBC News projects and major stories. In addition, she was responsible for growing NBC News and MSNBC internationally, working closely with the NBC Universal international team.

Prior to Festa joining the News Partnerships team, she coordinated the network’s election year coverage as political editor for NBC News Decision ’96.

In 1991, Festa was named the Moscow Bureau Chief immediately following the fall of the Soviet Union and covered Russia’s transition to a market economy until 1995. During her tenure there, she directed coverage of four presidential summits and the war in Chechnya. She was among those nominated for a 1993 Emmy award for coverage of the October 1993 revolt in Moscow.

From 1989 to 1991, Festa was the Weekend News Manager. Her responsibilities at that time included coordinating worldwide news coverage for NBC News programs and specials. During the Persian Gulf War, Festa served as the acting bureau chief in
Amman, Jordan.

Previously, she worked as an assignment editor in the London Bureau from 1986 to1989. Festa began her career in 1983 working with NBC affiliates in the Florida region as NBC Miami bureau coordinator and also participated in coverage of the Grenada invasion and the civil wars in El Salvador and Nicaragua.

Festa graduated from Florida International University in 1984 with a Bachelor of Arts in Journalism. She lives in New York with her son, Lucas. 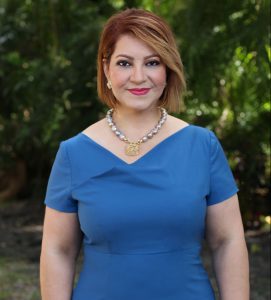 She has led a number of award-winning teams and is nationally recognized as an expert in integrated marketing communications and diversity communications, having been honored by PRWeek as the industry’s 2014 “Diversity Champion.” In 2015, Fiske received the PRSA Miami Bill Adams Lifetime Achievement Award and was inducted into the Public Relations Society of America’s (PRSA) prestigious College of Fellows, an honorary community of 300+ senior-level professionals around the world who have made substantial contributions to the profession and have vast accomplishments in the practice or education of public relations. Named “Professional of the Year” in 2010 by the Hispanic Public Relations Association (HPRA), she has received three PRSA Silver Anvils, – the Oscars of the PR industry – a Bronze Anvil, several Addys and Cannes-Lions awards throughout her career.

Fiske received a master of science from Florida International University’s Integrated Communications: Advertising & PR program and is a source for and a guest contributor to The Harvard Business Review, The New York Times, DigiDay, PRWeek, and AdAge. She was the first Latina CEO of the Public Relations Society of America, the world’s largest communications organization with 32,000+ members, and was named one of the Top 100 Influential Hispanics in America by Hispanic Business Magazine. 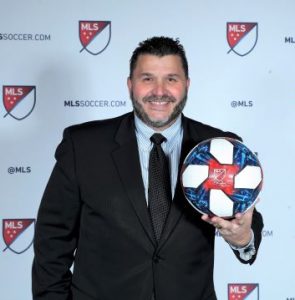 Gabriel Gabor has been a public relations and marketing executive for more than 30 years, specializing in sports, travel and entertainment.  Since 2006, he has served as a Miami-based senior consultant for Major League Soccer (MLS) and its commercial arm, Soccer United Marketing (SUM).  In this capacity, Gabor has worked as Media Officer for various marquee soccer events, such as MLS Cup, MLS All-Star Games, and the North American tours of some of the most recognized clubs in the world, including Manchester United, FC Barcelona, Chivas de Guadalajara, and the national teams of Brazil and Mexico.  In addition, he served as Media Officer for the 2015 FIFA Club World Cup in Japan, the 2016 Copa America Centenario, and the last 10 editions of the Concacaf Gold Cup.

As part of his responsibilities for MLS, Gabor conducts Media Training seminars for players, coaching staffs and executives.  Additionally, Gabor regularly conducts media tours in Latin America. He has traveled to Argentina, Mexico, Colombia, Venezuela and Brazil – where he served as the league’s PR representative during the 2014 FIFA World Cup.

Gabor is also recognized as one of the top creative minds in soccer, conceiving and executing iconic photo opportunities which have generated global media coverage and millions of You Tube hits.  These include FC Barcelona’s 2006 live video chat with the crew of the International Space Station from Mission Control at NASA’s Johnson Space Center, the roof painting of the Seattle Space Needle to commemorate MLS Cup 2009, and Manchester United’s run up the Rocky Steps in 2011.

Born in Argentina, Gabor resides in South Florida with his wife Lili and 11-year-old son Joshua.  He is fluent in four languages. 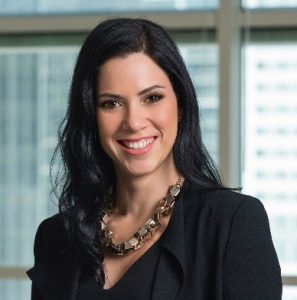 Janet Rivera-Hernandez is currently Vice President of Communications for Mastercard Latin America and Caribbean (LAC). In this role, she is responsible for leading the company’s internal and external communications activities, including media relations, reputation management, thought leadership and events, employee communications and digital communications.

For over a decade, Janet has spearheaded transformational communications programs for the company and in 2017 was named PR Week’s Top 40 under 40 in PR.  She has worked in teams that have lead the company through major milestones such as going public in 2006 (IPO), brand identity changes, mergers/acquisitions and the sponsorship of major international sporting events.

Prior to joining Mastercard in 2002, Janet held a number of management roles in top, global PR agencies such as Porter Novelli and Edelman – working on corporate and consumer accounts and international events.

She is a graduate of Florida International University’s School of Journalism and Mass Communications with a Bachelor’s degree in Public Relations and Marketing. She has also participated in a number of executive education programs on leadership including the Arthur Page Society’s Future Leaders Program 2016-2017.

She is Miami-native of Cuban descent and resides in Miami with her husband and two children. 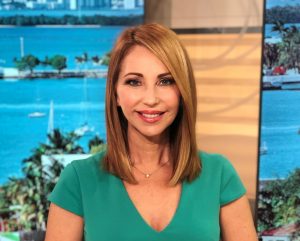 Marybel Rodriguez is the Emmy-nominated co-anchor of CBS4 News This Morning airing Monday – Friday from 4:30 – 7:00 a.m.
She began her career as a “spokesmodel” on the popular Univision television show “Sabado Gigante,” the longest-running entertainment show in history seen in every Spanish-speaking country in the world. After six years with the show, Marybel was lured away to become a feature and entertainment reporter for WPLG. Her desire to cover hard news stories persuaded her to make the switch to CBS4 a few months later.

Marybel is pleased to volunteer her time with the Hispanic community. She was the Hispanic Spokesperson for Mothers Against Drunk Driving (MADD.) In 2008, Florida International University named her Outstanding Alumni of the Year. In 2010, Marybel was inducted by the Miami Dade College Foundation into the Alumni Hall of Fame under the Journalism category. In 2016, she received the “Journalist of the Year” Award from the Latin American Business Association (LABA.) In addition, Marybel has received numerous other awards that attest to her professionalism and dedication to news. These honors reflect the way Marybel’s warm and engaging personality connects with South Florida viewers.

Born and raised in Miami to Cuban parents, Marybel has not forgotten her roots or the importance of her culture. A graduate of Florida International University, she holds a Bachelor’s Degree in Broadcast Journalism. Nevertheless, Marybel’s greatest accomplishment is being a mother and wife. She loves spending time with her husband and their three sons.

This Sliding Bar can be switched on or off in theme options, and can take any widget you throw at it or even fill it with your custom HTML Code. Its perfect for grabbing the attention of your viewers. Choose between 1, 2, 3 or 4 columns, set the background color, widget divider color, activate transparency, a top border or fully disable it on desktop and mobile.
a