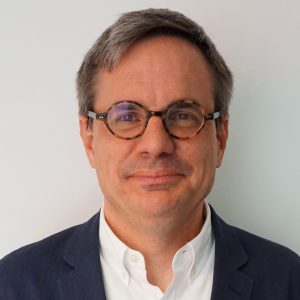 Chandler’s academic activities focus on building construction systems and their integration into architecture and urban design. Professor Chandler’s research has been supported by grants and fellowships from the National Institute for Architectural Education, the International Hurricane Center, the National Renewable Energy Laboratory, the Knight Foundation, the Cejas Family Foundation, the Metropolitan Center at FIU and the United States Department of Education. Chandler’s writing has been published in both national and regional ACSA proceedings and he has co-authored with Shahin Vassigh on Building Systems Integration for Enhanced Environmental Performance (2011).

Chandler is the founder and principal of Chandler and Associates in South Miami, Florida. He is the architect of Plaza 57, a mixed-used building in downtown South Miami, and a series of infill warehouses in Miami. Chandler has received several distinctions in design competitions: Second Prize in the 81st Paris Prize Architectural Design Competition, Honorable Mention in the 2001 Scattered Housing Competition, First Prize in the 2004 Miami Beach Design Life Competition and Honorable Mention in the 2008 Dawntown Waterworks Competition. His built and unbuilt design work has received awards from the Miami and Florida chapters of the American Institute of Architects. Jason Chandler’s design work has been published by the Princeton Architectural Press, Trama,Florida/Caribbean Architect, and The Miami Herald and has been noted in the New York Times and the MIT Press. 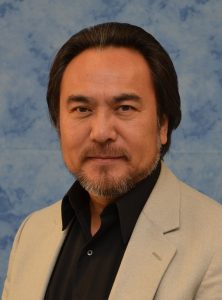 Since joining FIU in 1986, Professor Chang has been teaching visual arts education theories and practices, classical drawing and painting, as well as visual analysis for three decades. He is the Founding Director of the Academy of Portrait and Figurative Art. His artworks have been collected internationally. He is the Chair of the Florida Artists Group (FLAG-Area1) – Florida’s oldest and most prestigious professional artists association which requires a juried membership. Professor Chang has been awarded the Florida Higher Education Art Educator Prize as well as the Florida Art Education Distinguished Service Award.

Grizelle De Los Reyes’ career can be summarized as one-part professional and one-part academic. Her 34+ years of professional experience in media, marketing research, advertising management, strategic planning and sales has made her a very effective educator and program administrator. She has been working at Florida International University (FIU) as an Instructor since 2007 and as Director of the elite Global Strategic Communications program – creative track, in partnership with world renowned Miami Ad School, since 2010. She holds a BA from the University of Puerto Rico and a MA from the University of Florida, with areas of concentration on advertising management and media.

De Los Reyes started her career in 1983 as a student intern working for the international advertising department for The Coca Company Company worldwide. In 1984, she was hired as a Broadcast Negotiator for global advertising agency, J Walter Thompson (JWT) Atlanta. Upon her departure from JWT in 1988, she held the title of Senior Broadcast Negotiator leading a team of media buyers and coordinating the regional broadcast negotiations for clients such as Burger King, Ford, Chevron, Twentieth Century Fox, Scott Paper, Baskin-Robbins, Orkin, Bellsouth and Warner Lambert. In 1988, she moved to Los Angeles to work in sales for top-radio station (KTNQ-KLVE) followed by television sales and marketing positions with KVEA-52 Los Angeles, KDTV-14 San Francisco, Univision Network and three (3) affiliates of emerging network Azteca America. In 1999, she was one of the first media executives to join digital pioneer Starmedia Networks as regional sales manager. De Los Reyes is a sought-after speaker and continues to work in a consulting capacity for select Fortune 1000 companies and their agencies such as Pepsico, Procter & Gamble, Quaker Oats, BankUnited, Bimbo Marinela, TurboTax, Vizcaya Museum and Gardens, and Jackson Health, to name a few.

She teaches specialized advertising courses such as Media Planning, Account Planning, Creative Strategy, Campaigns, Creative Concepts, Global Account Planning, Professional Project and Non-Verbal Communication. She has been instrumental in revamping the undergraduate management track and the graduate creative track, as well as developing and adding key courses in the GSC graduate management track program. Her main teaching focus is to conduct her courses with real clients and projects to provide students with real world experience, case studies and creative work for their portfolios. Her areas of professional expertise include qualitative and quantitative research, strategic planning, brand marketing and advertising, application of research to creative strategies, media planning/buying/selling of new and traditional media platforms, media metrics, promotion and guerrilla marketing, sales, media management, new-business development, presentation skills, event marketing, and non-verbal communications in business, among others.

She is an avid fitness enthusiast, runs half marathons, holds a black belt in judo and the proud mother of two young adult sons, Gabriel and Diego De Los Reyes.
Visit her podcast https://soundcloud.com/grizelletogopodcast, YouTube channel Grizelle De Los Reyes and her website grizelledelosreyes.com for more information on her courses and projects.

Newton D’souza is an Associate Professor at the Department of Interior Architecture, Florida International University. He holds a PhD in architecture from University of Wisconsin-Milwaukee, and a Masters degree in design from the National University of Singapore. He has previously served as a Director of Graduate Studies at the Department of Architectural Studies, and a faculty collaborator at the Immersive Lab, University of Missouri-Columbia. He has also practiced as an architect and interior designer at Bangalore, India.

During the past two decades, his research and teaching has focused on design cognition, creativity, human factors for design, environment-behavior and emerging media environments. He is widely published in Journal of Design Studies, Architecture Research Quarterly, and Journal of Design Research. Currently, he is authoring a book titled ‘The Multi-Skilled Designer: A Cognitive Explanation for Diversity in Architectural Thinking’ from Routledge publications involving archival research from reputed and alternative architecture design practices. He initiated the Creative Convergence Network, at the University of Missouri involving a multidisciplinary faculty forum to investigate multidisciplinary team creativity, and whose work was recently published in a special section of journal of design studies.

He serves as an active member of the Environment Design Research Association and the Design Thinking Research Symposium. He is a recipient of several grant funding awards including MU System Research Board award, MU Research Council Award, and Mizzou Advantage Media of the Future Award. He has served as a chair and committee member for various graduate doctoral committees and was a recipient of 2014 Ernest L. Boyer International Award for Excellence in Teaching, Learning, and Technology.

Aileen Izquierdo is an instructor and graduate director of the Global Strategic Communications master’s degree program for both the online and on-campus tracks at Florida International University.

Izquierdo earned a Master of Science in Mass Communication from Florida International University and was named
a Heavy Hitter in Public Relations by the South Florida Business Journal. Additionally, her contributions to higher education were recognized in a recently published book, “Legacymakers: 100 Women of Distinction at Florida Atlantic University.”

Joel Murray has written, directed, and acted in over 200 stage, film, and prime time and daytime television productions. He is a member of such professional organizations as the Screen Actors Guild, Actors Equity Association, and the Dramatists Guild. He has won various best actor, instructor, playwright, and director awards, and has also presented over 100 papers and workshops on acting, directing, playwriting, and theory and criticism at national and regional conferences, and has published papers in international, national, and regional journals.  Further, he has sold and optioned screenplays and has also published play scripts.  He has served as chair of various committees for organizations such as the Kennedy Center American College Theatre Festival, Mid-America Theatre Conference, and the Southwest Theatre and Film Association. 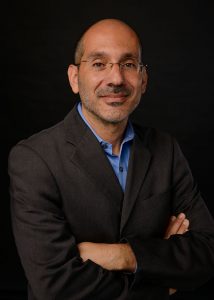 David teaches courses in architectural history, theory and design. His first book, The Battle for Modernism: Quadrante and the Politicization of Architectural Discourse in Fascist Italy, won the 2011 Premio James Ackerman and was published in 2012 by the Centro lnternazionale di Studi di Architettura Andrea Palladio and Marsilio Editori. In 2014, Ashgate published A Critical History of Contemporary Architecture, which David co­edited with Elie G. Haddad. His essays have won best article prizes from two flagship journals, the Journal of Architectural Education (“Misprision of Precedent: Design as Creative Misreading”) and the Journal of the Society of Architectural Historians (“Gondar. Architecture and Urbanism for Italy’s Fascist Empire”). His current research deals with urbanism and modern architecture in Ethiopia, and is the first component in long­term studies of the built environment in modern Ethiopia and of modern architecture and urban planning throughout Africa. His work in Ethiopia has been supported by grants from the Graham Foundation and the Office of the Provost, and by a residency at the American Academy in Rome as the inaugural Wolfsonian Affiliated Fellow. He curated two exhibitions at the Wolfsonian-FIU, “Metropole/Colony: Africa and Italy,” in 2012, and an exhibition on the work of Tony Garnier in 2016-17. In 2016, he also co-curated an exhibition on contemporary architecture in Ethiopia at the Miami Center for Architecture and Design. He won a 2012 Faculty Senate Research Award, is a 2012 FIU Top Scholar, was selected by the FIU student body to deliver the 2012 What Would You Say? lecture, and was honored with Alpha Rho Chi’s Gold Medal in 2014.