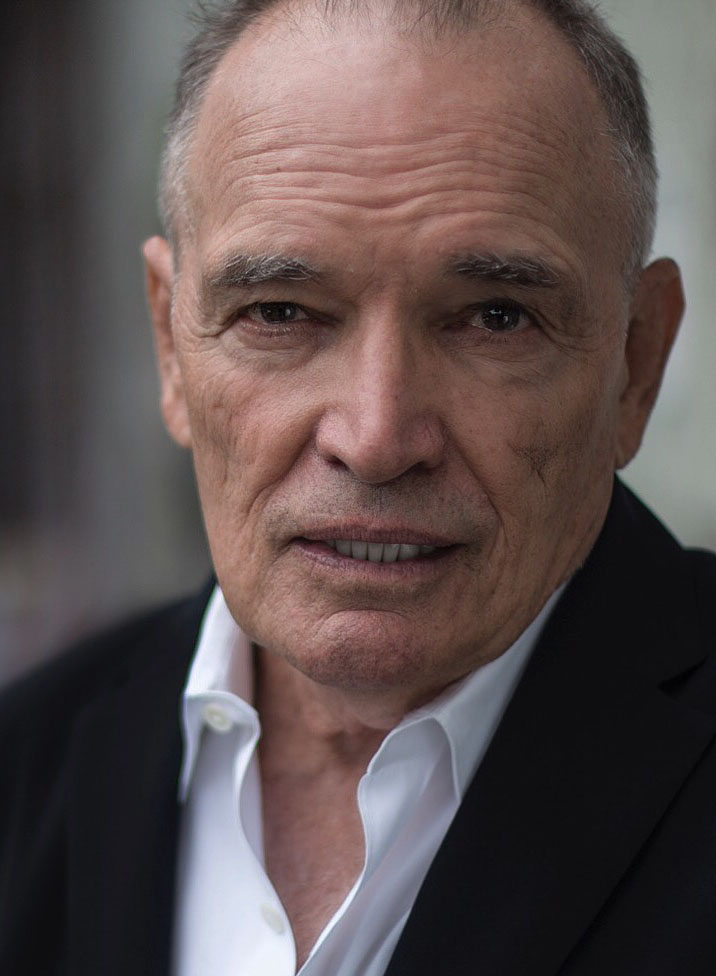 Tom is best known to audiences as “Marvin the Janitor” in “Die Hard II”; the “Drunken Pilot” in “Clear and Present Danger”; as the FBI Agent who came to Ashley Judd’s aid in “High Crimes”; and as “Cecil Skells” in “True Believer” and Richard Nixon’s father in Oliver Stone’s “Nixon”

Available now: Showtime’s “Ray Donovan” On Demand.  Tom’s character is Judge Roger Wettick is the third episode of Season Three “Come and Knock on Our Door”

In “Bosch” second season on Amazon, Tom plays, John Caffrey.  Also, on ATT/Direct-TV, Tom has an arc in several episodes of "ICE”, in the role of Jonah Kreshman, starring Donald Sutherland, Ray Winston and Jeremy Sisto.

For the nostalgia buffs, Tom played Mary Ellen’s husband, Dr. Curtis Willard, in “The Waltons”; however, he has ventured into new genres namely the cult horror hit “The Hills Have Eyes” playing the gas station attendant (now on DVD), as the owner of Joe’s Bar, playing Joe in the popular Si-Fi series “Battlestar Gallactica.

Light of My Life, directed by Casey Affleck.

Garner, Iowa, directed by Ron Vignone; “The Zodiac Fighters” shot in Beijing the Summer of 2016; the classic western, “The Ballard of Gregorio Cortez”, starring Edward James Olmos, was recently restored by The Academy of Motion Picture Arts and Sciences and added to their Archives.  It was given a Gala Screening at The Academy and will soon be released on DVD and Streaming for Home Entertainment.

Runoff; directed by Kimberly Levin and Digging for Fire, directed by Joseph Swanberg; showing in selected theatres and On Demand. “Dark Around the Stars” is available on ITunes.

Recently completed an 8-week run of “Off the King’s Road”, playing the lead role of Matt Brown, under the direction of Amy Madigan.

Tom has just been inducted into the Colorado Film Hall of Fame and has been added to the Advisory Board of the Denver Film Society.  Last year he also served on the Jury of the Los Angeles Polish Film Festival and this year will serve in his 20th year of the Foreign Language Committee at The Academy of Motion Picture, Arts and Sciences. He has also been made a member of The Television Academy.  He is in his 10th year serving as President of the Honorary Board of Advisors for the Syracuse International Film Festival.

Tom’s production credits include his role as executive producer of Robert M. Young’s “Human Error” for New Deal Pictures;  Tom is also the Chief Creative Officer for New Deal Pictures a production and distribution company based in Denver, Colorado; producer of “Bill’s Gun Shop”, directed by Dean Hyers for New Front Films; he has served as a producer’s rep on more than a dozen films, including “The Ballad of Gregorio Cortez”, in which he partnered with Edward James Olmos.  Tom is the Associate Producer of “Neither Wolf Nor Dog”, now in release; and Producer of “Where the Sky Begins”, scheduled to begin Principal Photography in June of 2017.

In 1981, Tom was invited by Robert Redford to be a resource actor at the Sundance Institute for film and television.  He has remained active in the Institute since that time, and has served as a member of the Nominating Committee.  He has also served on the National Board of Directors of Screen Actors’ Guild; was the architect of Global Rule One and created the SAG Indie Outreach Program.

Also, a veteran of the stage.  Tom has appeared in more than 80 theatrical productions across the United States, including a recent production of Harold Pinter’s “No Man’s Land” and “The Caretaker”, for which the production received the “Best Revival” and “Best Ensemble” award from LAWEEKLY.

He was one of the founding members and on the Board of Directors of The MET Theatre, then later The Loretta Theatre which includes, James Gammon, Holly Hunter, Ed Harris, Amy Madigan, and Pulitzer prize winning playwright, Beth Henley.   Tom is also a lifetime member of The Actors’ Studio.

He was also one of the founding members of  The Boston Repertory Theatre Company; he has served on the Board of Directors for Theatre West, The Back Alley Theatre and The Fountain Theatre. In a period spanning some 40 years he has produced more than 25 plays, including the world premiere of John Patrick Shanley’s “Italian American Reconciliation”, which Shanley himself directed and a production of “Scar” staring Ed Harris, written by Murray Mednick, which was staged at The MET Theatre.  At least ten of the productions that Tom produced was at The MET Theatre.  He is currently working as part of the Acting Ensemble at Bobby Moresco’s Gymnasium, a workshop for writers and actors.

Tom served on the various committees at The Screen Actors' Guild; as Co-Chair of the Rule One Committee and Chair of the Indie Outreach Program and is actively serving on the Communications; Global Rule One; Low Budget and Agent Relations Committees.  Tom was also on the Advisory Board of the Minnesota Film Board and Chief Creative Officer for New Deal Pictures in Denver, Colorado.