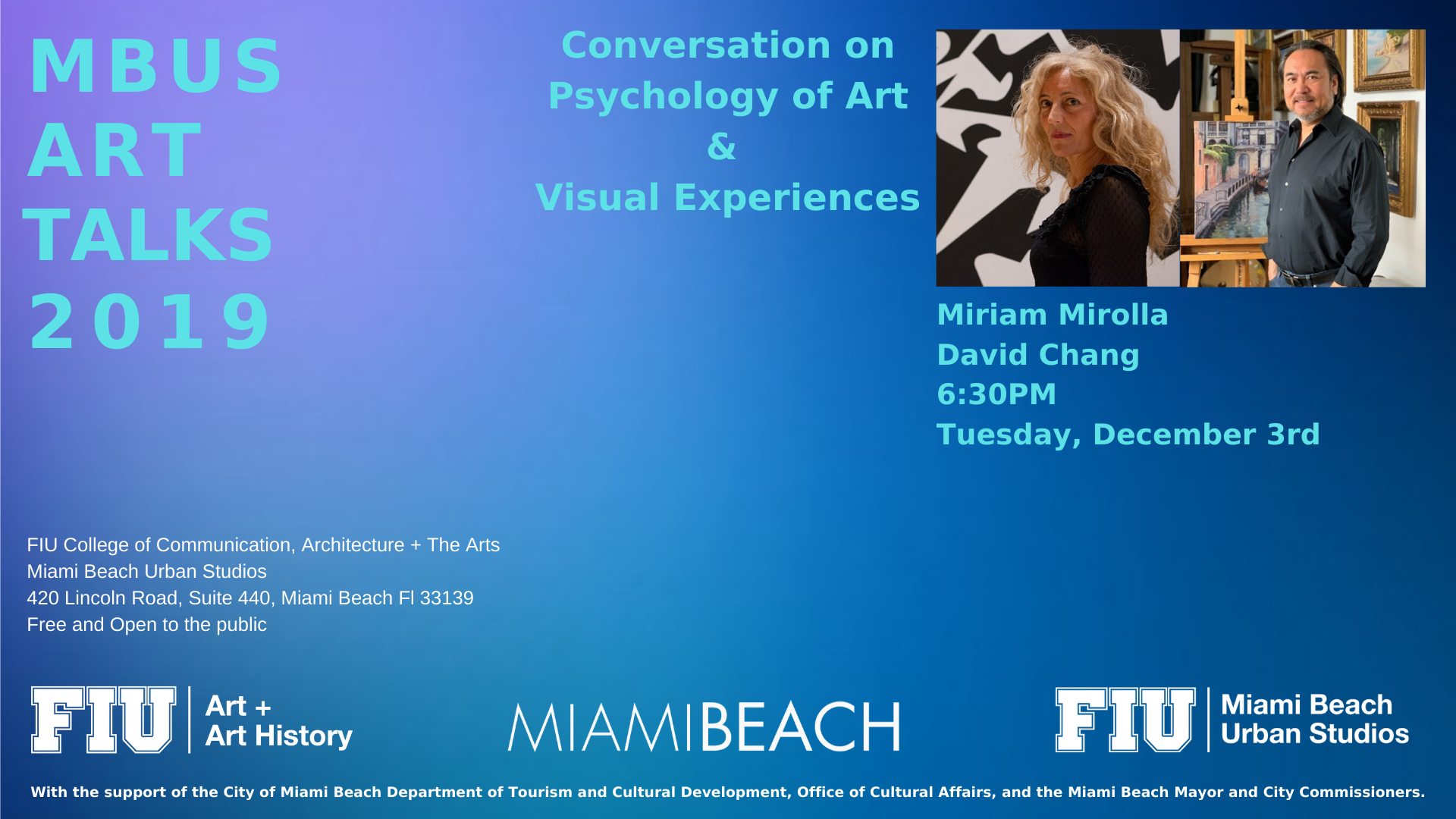 David Y. Chang, MFA, is Frost Professor of Art, a renowned artist and award-winning professor. Classically trained in the Beaux-Arts tradition, his education includes the École Nationale Supérieure des Beaux-Arts, Paris, France, the Cambridge University, England, the Academy of Fine Arts, Shanghai Jiao Tong University, Shanghai, China, and Florida International University. Since joining FIU in 1986, Professor Chang has been teaching visual arts education theories and practices, classical drawing and painting, as well as visual analysis for three decades. He is the Founding Director of the Academy of Portrait and Figurative Art. His artworks have been collected internationally. He is the Chair of the Florida Artists Group (FLAG-Area1) – Florida’s oldest and most prestigious professional artists association which requires a juried membership. Professor Chang has been awarded the Florida Higher Education Art Educator Prize as well as the Florida Art Education Distinguished Service Award.