Bachelor of Arts in Theatre 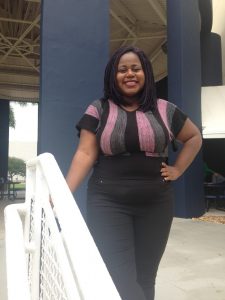 A theatre major, Vanessa Mings’ days were packed with classes, labs and rehearsal. Many times she went a full day without sleep.

Despite her challenges, Vanessa became the only FIU theatre student intern at Royal Caribbean, working as a stage management intern in the largest entertainment studio in the U.S, located at FIU’s Biscayne Bay Campus.

Among her accomplishments, Vanessa worked as a stage manager and sound designer for FIU’s Alternative Summer Theater Festival and was the head stage manager for FIU’s “The Pot,” a play that addresses immigration. She directed the performance showcase “Act Against AIDS” to raise money for Broadway Cares/Equity Fights AIDS Organization, was the assistant director for FIU’s “Two Gentlemen of Verona” and directed a piece for the New Plays Festival.

She has worked closely with Miami New Drama, a nonprofit theatrical company, and theaters like New Theatre and Island City Stage. Vanessa credits her mentor, theatre professor Michael Yawney, with helping her develop as a director.

After graduation, Vanessa hopes to pursue a master’s in theatre.

Master of Music in Choral Conducting 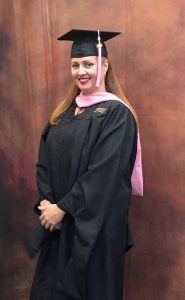 A professional singer and choral conductor in her native Cuba, Nimia Marquez arrived in Mexico as part of a musical tour of the country. At the time, her choral career was blossoming, but she knew that the freedom she craved for herself and her family was within close reach. So after she completed the tour, Nimia made a leap of faith and crossed over into the United States without a word to her husband, Fernando, or parents, Nubia and Paulo, back on the island.

At first, Nimia found work in a bakery, next a sandwich shop and then an optical store. At night she took English classes, determined to find a better job. Finally, Nimia was able to return to her chosen field of music, this time as a private school music teacher.

Nimia’s husband joined her in Miami, and their family grew to include two children, Pablo and Fernando. After eight years in her new homeland, Nimia still missed studying music. A friend told her about the music program at FIU. Her impressive audition for professors Kathleen Wilson and Robert B. Dundas got Nimia accepted to the FIU School of Music on the spot.

Later, there was more good news when Nimia received word that she was awarded a full scholarship to pursue her bachelor’s in music. This semester, Nimia graduates with her master’s in choral conducting.