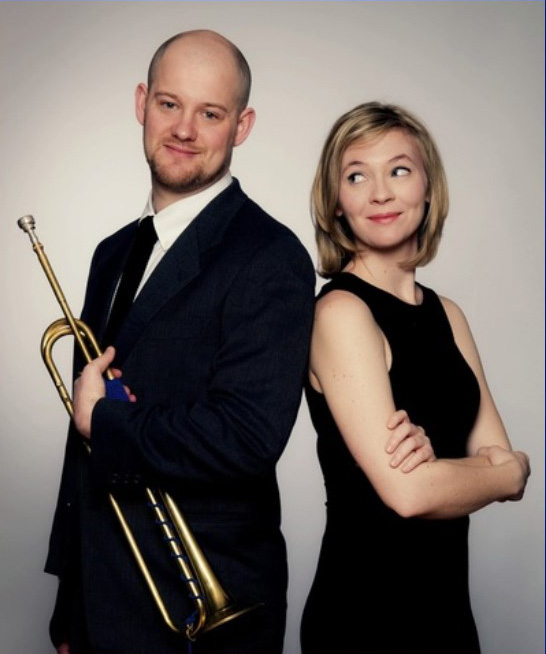 Andrew Kozar performs a concert of works for trumpet and electronics with guest soprano Corrine Byrne. Works by Sudol, Matthusen, Wollschleger, Garcia, and others will be performed.

A native of Pittsburgh, Andy Kozar is a New York City based trumpeter, improviser, composer and educator that has been called a ‘star soloist‘ by TimeOutNY and has been said to be ‘agile as he navigated leaps and slurs with grace…he shifted between lyricism and aggression deftly’ by the International Trumpet Guild Journal. A strong advocate of contemporary music, he is a founding member of the contemporary music quartet loadbang which has been called ‘inventive’ by the New York Times, ‘cultivated’ by The New Yorker, and ‘a formidable new-music force’ by TimeOutNY. With loadbang, his playing has been said to be ‘polished and dynamic, with very impressive playing’ by the Baltimore Sun, and that he ‘coaxed the ethereal and the gritty from [his] muted instrument…and revealed a facility for shaping notes and color‘ by the San Francisco Classical Voice. He is also a member of TILT Brass and has performed with new music ensembles including Argento Chamber Ensemble, Talea Ensemble, Ensemble Signal, Ensemble ACJW, Wet Ink, and Mark Gould’s Pink Baby Monster. He has performed alongside artists such as Dave Douglas, Pablo Heras Casado, and Brad Lubman, in addition to working closely with numerous composers including Helmut Lachenmann, Augusta Reed Thomas, and Pulitzer Prize winning composers David Lang and Charles Wuorinen. He has performed at Bang on a Can marathons both at MASS MoCA and in New York City and has been presented as a soloist at the University of Richmond’s Third Practice electro-acoustic festival, the Ethos New Music Society at SUNY Fredonia, and the Pendulum Series for New Music at the University of Colorado.

Students and guests are invited to the free composers forum with our guest artist at Miami Beach Urban Studios on April 7 at 12:00pm.